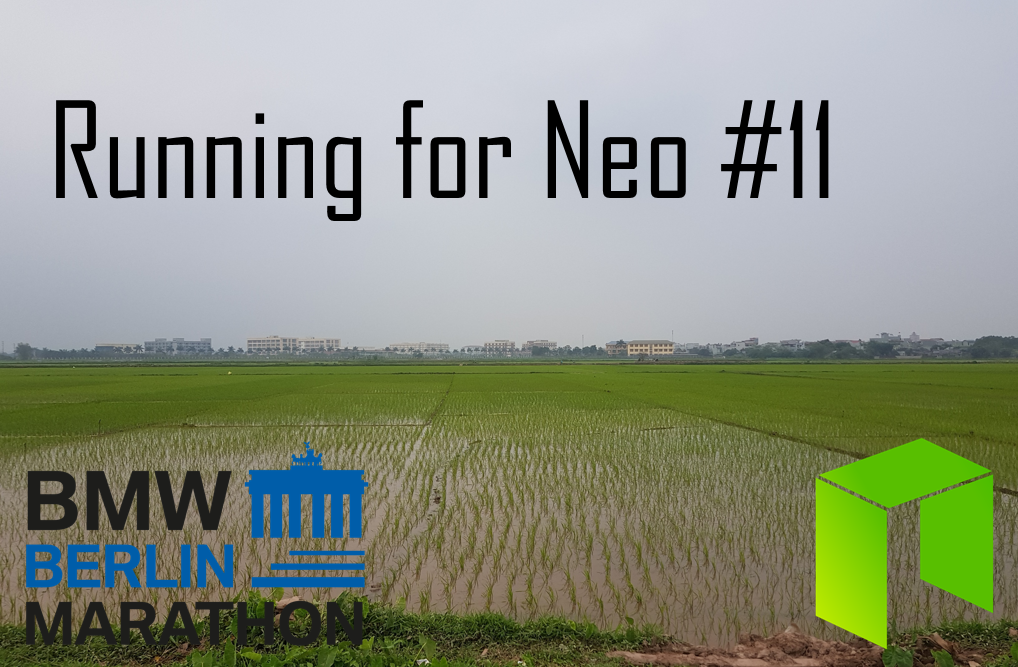 A Little later than planned but I finally did my long run. I was quite busy with my business trip so last Sunday I did not see a running possibility. However, I now did it yesterday on Monday.

Running route
Right now I am in Ha Nam in Vietnam, this is a small industrial town where it is quite hard to find a suitable running route (especially in the dark). Therefore, I just took the middle of the town as my reference point and ran several times to several different directions.

Dollar Cost Averaging Neo for every kilometer!
If you have been following me for a little longer you know that I''ll be running the Marathon of Berlin on the 16th of September. As an experiment I will be using a variant on dollar cost averaging, at which I will invest 1 dollar for each kilometer that I run in preparation of the marathon in both NEO and GAS. Today's markets are again bloody red getting me even more NEO and GAS for a even lower prices. I bought for 9.18 usd of both NEO ans GAS for $87.82 and $25.02 adding an additional 0.23 NEO and 0.80 GAS to my collection.