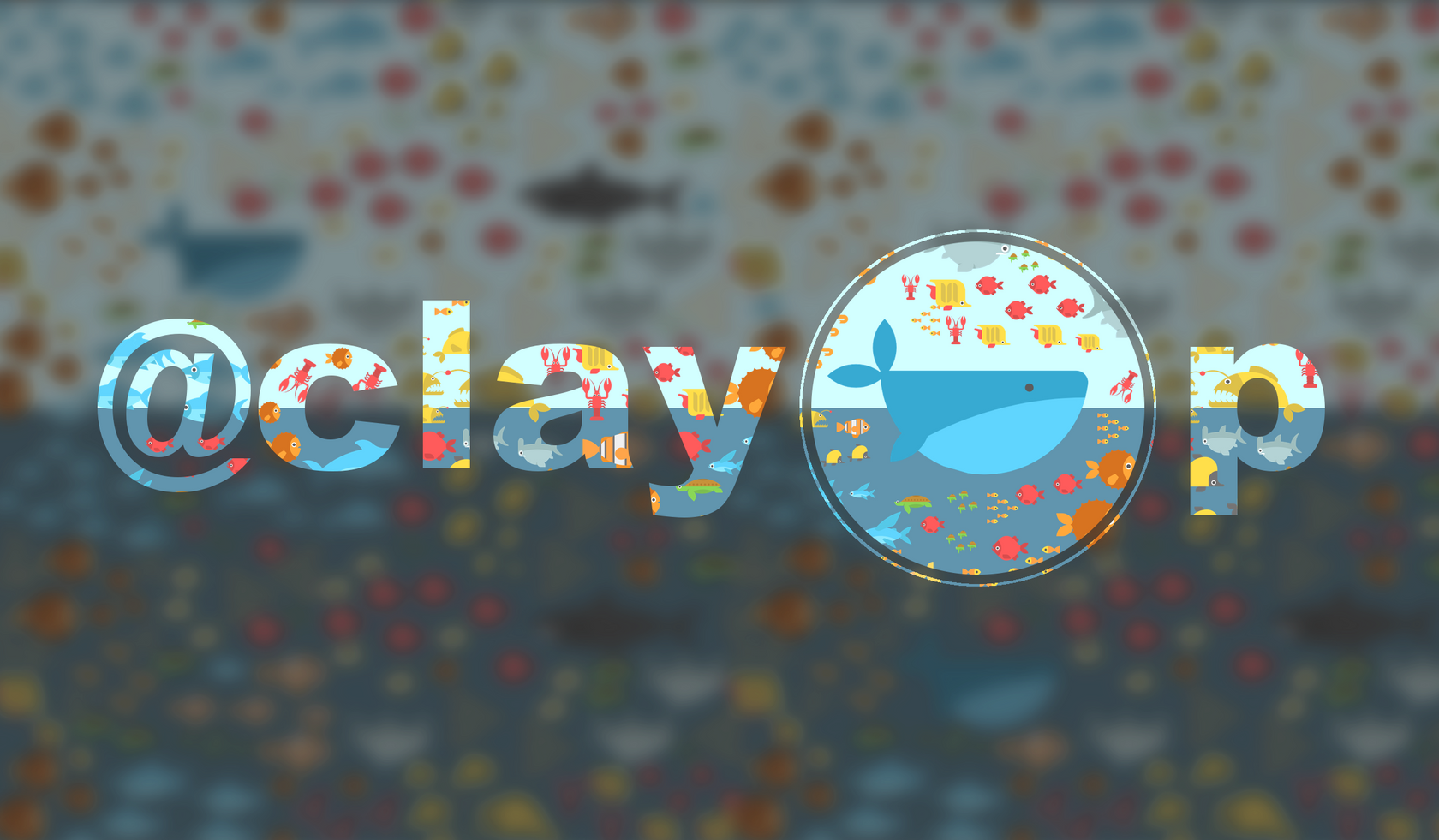 Well, forget about #3 for a while. From my experience with the growth of Korean community, I found that the playground is rigged in favor of content creators and curators. From the perspective of big investors who have enough money but lack time, spending time for creating and curating contents is a very hard job. Thus, their rational choice is running automated voting bot for 1) limited number of authors, or 2) as many posts as possible.

The former voting pattern sets glass ceiling on new users and discourages them (see, my posts have some of them and get excessive rewards than other newbies). Whereas, the latter encourages spammers and plagiarists. Therefore, the rational choice of investors are likely to end up with harmful results.

However, capital contribution is the important factor of the virtuous circle of Steem and we really need to attract investors. I have been suggesting "diversifying" incentives for investors and content creators/curators by reforming the reward distribution.

Instead of SP reward that is given to all SP holders, we can have "lock-in" reward that is given for SP holders who locked in their Steem Power. Locked-in Steem Power has no influences on rewards (but still be used for witness vote). There is a delay to lock-in and lock-out, say more than a week. With the lock-in reward, pure investors will comfortably hold Steem (in SP).

Theoretically, the stake split between curation and lock-in is 50-50. However, for two reasons, curation can have more proportion than lock-in. First, not everyone perfectly uses voting power for curation, so there is some opportunities for diligent curators. Second, curation provides psychological benefits in addition to financial rewards. So some curators do not care less APR compared to the lock-in reward.

From the perspective of investors, the lock-in reward has a couple advantages too. First, they do not have to manage voting bots, which have potential security issues. Second, the lock-in reward is more simple and secure, because curation reward can be decreased when others downvote what they upvote.

It is also clear that the network will have benefits from less spammy votes.

Good idea. I've suggested a similar "investor class" SP, where those who choose to give up voting in exchange for more interest. I like how you have put numbers on it and set a balance in reward pool between voting SP and non-voting SP.

I would like to get rid of the 'flexible' author/curator split though, which has the effect of greatly reducing curator rewards and discouraging real curator effort. We can still have the reverse auction (ideally shorter) but instead of giving the extra rewards to the author, put them back into a pool to pay out more for curation on other posts (in particular the more obscure and less heavily voted/autovoted ones).

Another point in favor: Bot autovoting adds spam to the chain. If even some investors choose to sit passively and earn interest instead of autovoting for profit, it means less transactions on the chain and better scaling.

I think this makes sense. I think lock-in and lock down period should be the same for investors and curators. (13 weeks)

I'll be checking back what other people think of it.

@teamsteem I definitely agree with this idea from @clayop . This could potentially help get important investors on the road. @gold84

By the way, I was wondering if you saw the last post about "creating a Mentions tab" for steemit, to help steemians interact and communicate faster in projects or important messages. I mentioned you there and your welcome to steemit post, because I like to encourage people to read it, because it really helps to understand the aims and power of steem and the decentralized blockchain technologies. @gold84

I haven't seen it but that would be a great idea.

Or, lock-in Steem Power (not Steem) immediately, and lock-down for a week. Then you can do power down.

I think it might make more sense. There's a lot to take in consideration with such a change.

This seems like a common sense proposal. I'm not sure if it would work, but I'll think about it more. I agree it would be best to have some middle ground where investors can earn in a relatively passive way, because requiring a user to be active (in order to earn more rewards) leads to a certain amount of abuse and can diminish the content quality. @timcliff had a related idea some time ago.

I'm not sure where the sweet spot would be in terms of a return that would keep an investor happy about staying passive while also incentivizing good content, curation, commenting, etc. (active work).

IMO, some very greedy investors will abuse still, while other investors with moderate-greed can be satisfied with the lock-in reward. But it should be easier to catch and punish the more greedy ones than now.

We all agree on the need for passive income but 'investors" will probably not choose to buy Steem Power for 6-7% considering opportunity cost and risks of crypto. If this were double, or around 12%, then yes this would attract investors but again why not focus on the SMTs? If SMTs can provide passive income, or higher interest etc, then investors can buy those and it can indirectly benefit Steem.

My opinion on the sweet spot is just my own opinion. Because crypto is so risky as it is, and 6-7% is barely above inflation, it's just not attractive when people can get the same from stocks with far lower risk and more diversification. SMTs can offer diversification along with the same sort of interest percentages and this could spread risk which would make it more attractive to investors long term.

The main problem I think right now is that Steem only has a few slots to earn rewards and the pie isn't growing. Not everyone wants to be a blogger and even people who blog eventually get burned out, or desire to contribute value in some other way. SMT provides other ways to contribute value which is the only way to grow the pie, but then investors need a reason to want SMTs, and investors need a reason to lock up (supply sinks).

APR is an illusion, especially in crypto world. Some coins have tens of APR but no one likes to invest if the coin prices are decreasing. The point is not APR, but the value of platform.

agree. there is no shortage of coins with 2 or even 3-digits nominal returns.

Right and those are the coins with the majority of investor interest for obvious reasons. It's not so much the value that attracts investors as value investors don't seem to exist in this space right now. We do have speculators, but value investing requires an ability to truly collect enough data to valuate a platform, and in the current environment those metrics are not discussed.

On Coinmarket cap or trading platforms they don't focus on that. Long term investors might if you show an increase in active users over time, then this would work but it is all about metrics and tracking.

If the goal is to attract the average investor then you have to speak their language. If the goal is just to add value, then you need more users, SMTs, and more diversity in the activities.

How do you track value? Which metrics? The market cap? Also APR is what matters for investors at least. The cost to hold any token is measured by the APR and the higher the APR is the lower the cost is for the holder. So if you want more holders a high APR is a way to achieve it.

If you want more value, well as more people connect to each other then based on Metcalfes law the value of the network increases. In other words, the more people using Steemit and the more connected those people become to each other, the more wealth is on Steemit, but this doesn't mean it will be reflected in the price of Steem.

My point is APR is not important factor. But relative APRs among agents, such as investors and authors, can matter as a redistribution policy.

I agree on this. I always manually curate all. But i Also think it is Good that witness votes are dismissed if a users is inactive for 6 months or So. Now i see Some big votes from former whales who are not active at all. For me as a new witness it is hard to pass by Some because of this.

@clayop this is a great idea and initiative to help get more important investors, and thus make steem and steemit go to the next phase. upvoted. @gold84

And your right: the logical approach for investors encourages spam/plagerism to spit out as many posts as possible.

How about implementing a lower posting limit. Back to 4 in 24hrs - i dont understand why that changed. Increasing posting limits caused alot of spamming around here. I highly suggest posting limits be looked at again

I don't think lowering post limit is a good idea. Spammers still do with comments and the restriction can hinder potential growth towards light social media, such as Steemshot or Zappl.

Hi @clayop!
Can I ask you to vote for the witnesses on Golos.io?
The Golos needs your choice! Thank you so much)

I think this is a good post. Though I am still new to steemit, so there are a lot of things I'm still wrapping my head around, but the idea of less spam voting is a nice picture. Makes way for quality content to also be recognized fairly, I think.

nice one @clayop ...we need such ideas moving forward in steemit and i cannot agree more to your suggestions..the major problem we have in steemit now is some folks using bot and their huge army of upvoters to reap the reward pool even from content creators... we need to do the needful t salvage this issue... nice one dear...following you to ensure i support your ideas...upped

very good explanation @clayop I understood everything perfectly, thanks

Congratulations @clayop, this post is the fifth most rewarded post (based on pending payouts) in the last 12 hours written by a Hero account holder (accounts that hold between 10 and 100 Mega Vests). The total number of posts by Hero account holders during this period was 219 and the total pending payments to posts in this category was $3004.57. To see the full list of highest paid posts across all accounts categories, click here.

I agree with your perspective on the subject.
Upvoted and resteemed. Do you want to know why? Visit @pf-coin.

We are brothers brother Everyone will help everyone if they are good. Do not think of anyone cheating anyone here. Please let us all work together
Brothers think that please give 1 vote