Old School Game Reviews -- The Legend of Zelda: Link to the Past! 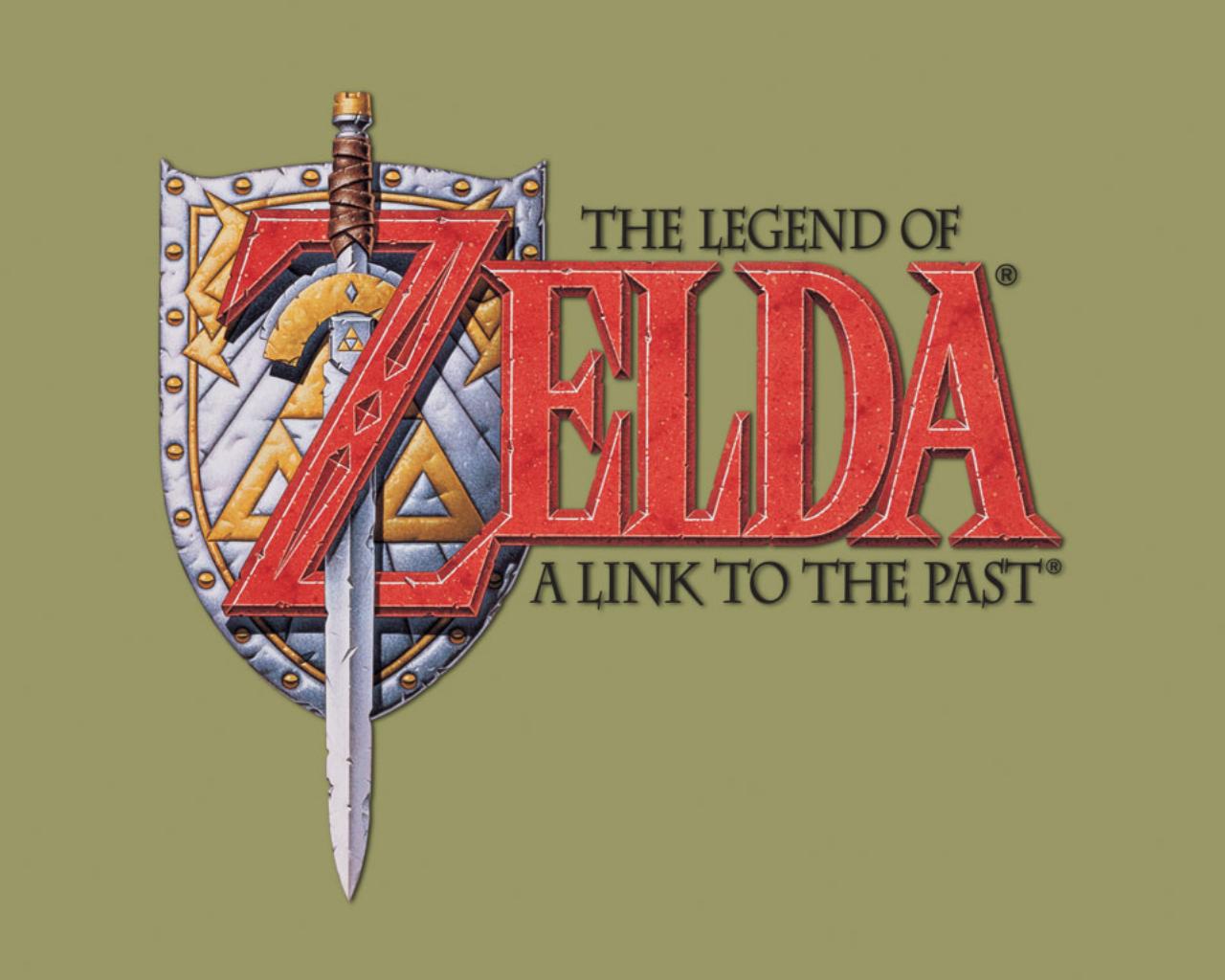 Welcome to my old school game review of, Legend of Zelda: Link to the Past! This is not only one of my favorite Zelda games ever, but this is one of my favorite games period. Everything about this game is so well done, there's so much to do, and it's a lot of fun to play. Nintendo really nailed the formula for a good Zelda game with this one, and especially when compared to the sequel from the original NES, Zelda 2, this one stands out. A Link to the Past came out in 1991 in Japan, then was released in 1992 for North America and Europe. It was the first, and only, Zelda game to come out on the Super Nintendo, meaning it had better graphics, and more in depth game play. It's so popular that it was also released on the Game Boy Advance, as well as the Wii, Wii U, and 3DS virtual consoles. If you can get your hands on one, it's also going to be on the Super Nintendo Mini coming out on September 29th. When I was a kid I was obsessed with Zelda games, and after playing the first one I couldn't wait for more. Then we got Zelda 2, which didn't really feel like the same type of game as the first one and I remember being a little let down by that. Then when I got a Super Nintendo and A Link to the Past came out, I remember feeling like, yes, this is the sequel I was hoping for! My brother and I would play this game endlessly, scouring every corner of the map looking for hidden items or secret passages. Although it does have a lot of hidden items it's not nearly as cryptic or confusing as Zelda 2, so even without the help of the internet I could still slowly figure it out on my own. Nintendo got rid of the side scrolling game play and went back to the original top down perspective that most people were familiar with and preferred. They did however keep the magic meter from the second game, but instead of casting spells, it was used to fuel the lamp, and there is a village with NPC's to talk to like in the second game. 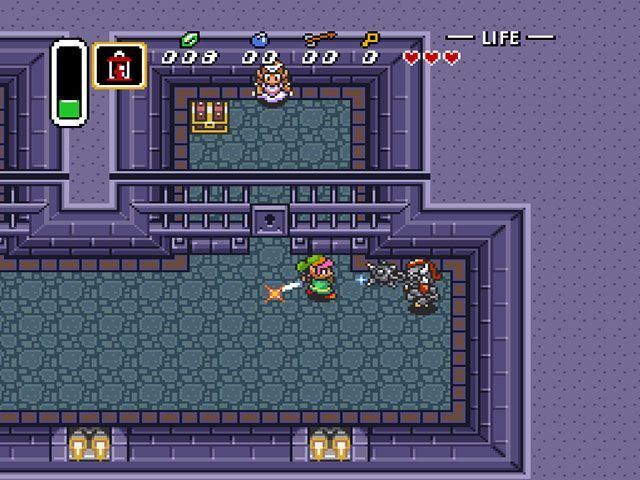 This was the first Zelda game to introduce certain mechanics that would become a staple of future installments. Features like the Hookshot, a grappling hook that allows you to cross gaps you wouldn't normally be able to, as well as stun enemies. The Master Sword, found in the forest in the northwest area of the map, only available after meeting certain requirements. The spin attack, holding down the attack button and releasing it will spin Link around damaging any enemies in a 360 radius around him. The biggest one though is the introduction of a parallel world that Link can travel to and from. At the beginning of the game you're in the light world, where everything is normal, but eventually you find a portal to the dark world where everything is the same in a way, but also much different. The desert becomes a swamp, the nice village becomes a dilapidated town infested with thieves, the water turns from blue to a grey green color, and the rocks replaced with skulls. The most noticeable change though is that Link turns into a bunny rabbit, and you can no longer attack anything. Only after finding the moon pearl can you change back into normal Link and properly explore the dark world. Using the magic mirror you can warp between the two worlds whenever you wish, opening up the entire map with all new places and things to see and find. The game begins with Link sleeping in bed, awakened by a telepathic message from Zelda herself telling Link she's being held captive in a nearby dungeon. When you get out of bed you see your Uncle gearing up with sword and shield, but he tells you to stay in bed and don't leave the house. After your Uncle leaves you take control of Link and naturally you leave the house and follow the path of your Uncle right to the nearby dungeon. When you enter you come across Link's Uncle and he's been mortally wounded, he gives you the sword and shield and tells you to find and rescue Princess Zelda from this dungeon and get her to safety. You eventually find her and the two of you escape to a nearby sanctuary where you find out what is going on. There is an evil wizard, Agahnim, who wants to open the seal, placed on the land hundreds of years ago, that will release the evil Ganon from the dark world. Only the Master Sword can kill Agahnim so this becomes your first real quest of the game. In order to get the Master Sword you must collect the three Magic Pendants, there's one in each dungeon in the area. After Killing Agahnim, you must collect seven pieces of Tri-Force, one in each dungeon. Then you can confront Ganon. 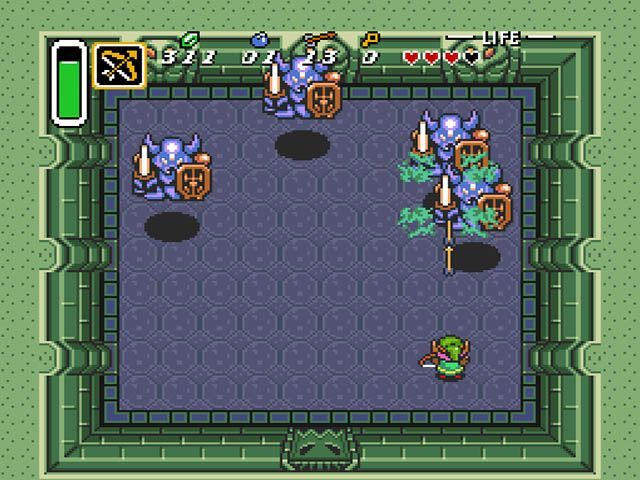 Finding all of these items and beating all the dungeons takes quite a while, especially if you're like me and you want to get all the heart containers and all optional items, making this game seem very epic in scale. This is pretty much the same thing as the original Zelda from 1986, only souped up with better graphics, more interesting enemies and weapons, and a much larger story and world to explore. It's everything I wanted in a sequel that we never got on the NES, making this a must have game, and selling tons of Super Nintendo's all over the world. A Link to the Past became a template for all other Zelda games in the future, I guess Nintendo knew they got the formula just right for this one. This is a game that was part of my childhood and many other people's as well, it's also one of the best games ever made and still holds up just fine today. It's a highlight in the history of video games and I can't think of another game that deserves a perfect score more than this one. My score for The Legend of Zelda, A Link to the Past is: I beat that game.

Me too, about a million times lmao.

awesome review. If they hadn't topped this with Ocarina of Time then this would prolly be my favorite still, but... Ocarina was so fucking epic. Probably because I was a little older so I actually spent time playing it. I was just a baby when Link to the Past came out.

Ocarina was so great, but I love the simplicity of the older ones. Thanks for commenting!

Dooood! Yes! I'm glad I'm not the only person who busts out old games from time to time. This game is extraordinary!

I have a man cave with all the old systems set up. Love them!

I dunno, part of me missed the cryptic nature of 1 and 2. A Link to the Past was the beginning of the handholding that would become common later on. Part of the beauty of 1 and 2 was we had absolutely no idea what to do so we just explored everything, then went to school and compared ideas on the playground, then home again to try once more. Ah.... that was fun.

Having said that, I agree about everything else you write. Link to the Past is my favorite Zelda. Like all games at that time, I called the store nonstop for weeks as I waited for it to be released, then I bought it and played it constantly when not in school until I beat it.

In college I sold most of my NES and SNES games. I wish I hadn't, but at the time I was convinced I was making good money by doing it. I'm sure you know how it is. But the one game I didn't sell... A Link to the Past. I still have a box, manual, all the inserts, everything. It is also the first (and sometimes only) rom I put on every computer system I own.

I remember firing up this game for the first time. I tried playing the first Legend of Zelda but couldn't really get into it. The second I was able to beat and had a lot of fun doing it (it is not as bad as people try to make it out to be).

When I got a Super Nintendo and saw A Link to the Past at the local game store for the first time, I knew I had to have it. I saved for a couple of weeks to get the rest of the money and bought it. This is the only other Zelda game I have beaten and obviously feel it is better than 1 or 2. I have not played any newer Zelda games so I cannot comment on where it stands against those.

Zelda III was just too good. Another shot at Sega that was simply received but no response was fired back. Sure, Sega eventually had Beyond Oasis (they released it in the USA) and they let Atlus license out Crusader of Centy but neither had the feel of a Zelda game, let alone Zelda III. Phantasy Star II, III, and IV were totally different beasts in comparison to Zelda so I don't count them as competition.

Congratulations @tom.brady, this post is the forth most rewarded post (based on pending payouts) in the last 12 hours written by a Dust account holder (accounts that hold between 0 and 0.01 Mega Vests). The total number of posts by Dust account holders during this period was 2733 and the total pending payments to posts in this category was $450.29. To see the full list of highest paid posts across all accounts categories, click here.

This is one of the very few zelda games i nevre got around to playing and have been kicking myself because of that, will have to try and get a hold of it and play through it asap

That game becomes a timeless classic as soon as you hear the warp sound effect.

Someday, I'll do a marathon of all Legend of Zelda games.... (also Super Mario)