dimensionbucket (29)in #review • 4 years ago

When it comes to fiction, sometimes you have to do a little digging to find something that tickles your fancy. If you're the kind of person who likes a mix of strange stuff (like yours truly,) sometimes it's easy to find yourself longing for the satisfaction of a good story—and perhaps not a masterpiece. There are days when all you want is something reliably entertaining. Chicken Pi, a podcast by S. Lawrence Parrish, certainly has something for everyone. 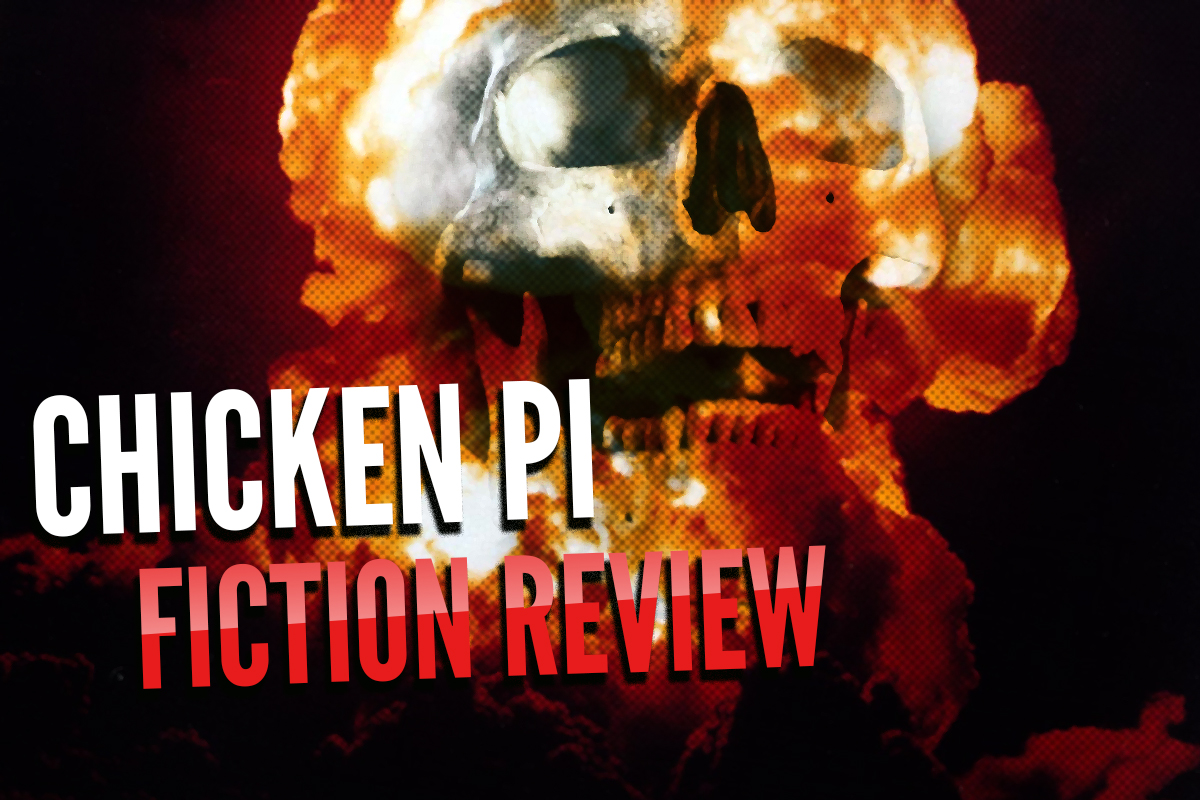 Let's get one thing straight first. Why the heck is it called Chicken Pi?

Truth be told, there is no why, just is. It's titled so because it's a mix of strange, cynical, and sometimes comedic horror stories. What this title fails to bring across, is the apocalyptic theme that carries through each entry. If there's anything Parrish seems to enjoy, it's the end of the world—and he's devised plenty of scenarios that would doom humanity.

Some of the entries are syringes of syrup-thick fear and hopelessness, while others take on a more light-hearted tone—there's even a story for fans of pulp science fiction and fantasy. Most importantly, I feel a number of these stories have held up over time. It's been five years since the last episode aired, and I still occasionally toss this out as a recommendation. That speaks enough for itself.

Now, let's be clear: not everything really clicked for me. That's just how anthologies go sometimes. So instead of going neck-deep in a full analysis, I'm going to list my personal favorites. That isn't to say everything else isn't worth your time, but I found these to be the most memorable and enjoyable—and I'd recommend any of the following to the uninitiated listener:

Gnarlets and Gorslings – You'll laugh, then you'll squirm. Once you hear about gnarlets and gorslings, you won't be quick to forget about them—especially when you learn how they reproduce. Parrish is sometimes so irreverent, it makes the humor all the more humorous.

The Aspen Grove – It's hard to review this one without revealing the ending, but I'll say this: we've seen the anti-christ story. We've seen it a million times, and then a million times more. There's something about The Aspen Grove that is deeply upsetting. The atmosphere is heavy and isolated, and what we are witnessing through the eyes of the protagonist are ambiguous enough to let the imagination go wild. That on its own makes this story stand out, and separates it from others of its kind.

Current Events – Again, Parrish has an interesting taste for the hilariously irreverent. It's an end times apocalypse tale that, while satirical and chuckle-worthy at points, is deeply upsetting in its reality. There were points in this one where I wasn't sure whether to laugh or feel disturbed. Nervous laughter is perhaps the appropriate reaction. Current Events does date itself with its use of political history, but sticks through with the questions it poses. Should the end of the world come, would ignorance be just as miserable as being in-the-loop?

Psychics – Revisiting this now, perhaps Psychics is more than a tad predictable. But it's a fun story that plays on the angst of a hardened detective. It's gruesome, and once again, tinted with shades of comedy in the face of hopelessness—great for those who like some gallows humor with their nihilism.

The Prophet – Out of all, I'd have to say this one will catch the most attention of those who enjoy pulp and science fiction. There are several great twists not worth spoiling here, so I'll leave you with these these thoughts: it's apocalyptic and dark, but starts you off right in the friction of a medieval setting. And while there are no heroes to save the day here, there's a lot to think about when it comes to where we are with technology—and what that could mean for the future.

On a final note, I wanted to talk about the technical side of this show; it is a podcast after all. Parrish reads his own work, which I can appreciate as a listener. His voice may take some adjusting to, but his readings are sufficient, and allow you to take in the story without much distraction. There are also some well-placed sound effects and music where the story allows. Is it ground-breaking work? I wouldn't say so, but it's good for the purpose it was meant to fill. You get the story, and a little more for your imagination.

If any of this seems like your kind of jam, Chicken Pi is definitely worth checking out. For being a free podcast audiobook, there's really nothing to lose. Download it, slap it on your phone or iPod, and see if you aren't a little entertained. It may not be for everyone, but there's no harm getting your toes wet.

I am ur new steemit friend so check my post