Letter of support to Ramola D/Dharmaraj, Investigative Journalist - the victim of scandalous false accusation with use of weaponised psychiatric label

Last week I heard about the case of the procedure of:

The main problem is the communication from Quincy Public Schools and Central Middle School officials to The Department of Children and Families re. Ramola D's Informational Meeting with Principal Richard DiCristafaro, Jr.

As Ramola D/Dharmaraj reported the use of weapons against her to the School officials, they started against her defamatory actions with well-known accusation of "stated they had found her information disturbing and stated that they had called The Department of Children and Families (DCF) out of “concern.”

I perfectly know, not only from my experience, how those accusations end, with the false, pseudo psychiatric diagnosis of mentall illness. And those diagnosis are made by criminal group of psychiatrists (political psychiatry used and weaponized all over the world with their deffamatory "diagnosis"), who are part of one big state-pharma cartel.
Meanwhile, all people, who know how they operate, perfectly understand, that this is one big mistification, deception, and that psychiatry is simply a fraud. But has one perfect power, used by all criminal groups: the absolute power to "neutralize" people, who arewhistleblowerss against any type of criminal gropus.

I know reports of Ramola D on You Tube, I know now all tricks of psychiatry and their role in murdering and massacring of millions around the world and I prepare a serie of materials, describing actions against me and their lies.

"Information Provided is in the Public Interest

The information provided by Ramola D to the Principal on April 12 therefore regarding these sophisticated technologies, which include satellite and cell-tower technologies, and offer the ultimate stealth vehicle for the assault of humans at a remove, from a distance, was offered in the public interest, with greatest concern for the public at large, including the children at the school.

Far from recognizing the value of this information, researching it further, and acting on it to safeguard the safety and sanctity of the school however, as any intelligent and concerned educator capable of using search engines on the Internet would have done, Mr. DeCristofaro Jr. and Ms. Susan Shea Conner have done the opposite. On April 13, the Deputy Superintendent Kevin Mulvey and the Senior Director of Student Support Services Ms. Maura Papile privately sent electronic copies of the information provided to Ramola D’s husband, “informed” him of her visit to the Principal—in medieval patriarchical form, stated they had found her information disturbing, and stated that they had called The Department of Children and Families (DCF) out of “concern.”

Subsequent phone calls and a form on DCF letterhead being illegally dropped off in the family’s mailbox on April 23 ensued. The form stated, shockingly, that a report of “Child Neglect” with the caregiver responsible being the “biological mother” had been filed. A subsequent home visit on April 27 by Department of Children and Families caseworker Terri Ellis revealed that the report—made by a reporter whose name the DCF is protecting, by Massachusetts State Law, per Terri Ellis—alleged, wrongfully, that the mother, a published author and journalist, had made a statement that “she was assaulted by a weapon by the FBI” (a statement she had not made) and is “suffering from severe, untreated mental illness, does not take her medication, and is psychotic.”

Ramola D informed the caseworker on the spot these allegations were false A to Z and she disputed them, noting that it appeared her informational visit with Mr. Richard DeCristofaro Jr. and Ms. Susan Shea Conner had been misunderstood by them.

To investigate this matter further, Ramola D/Dharmaraj has made Public Records requests via Muckrock to the Quincy Public Schools Administration, Quincy School Committee, and the Department of Children and Families for all communications regarding herself and her daughter, and written a letter to the Governor to inform him of the exact details of this situation and request his intervention to stop this injurious false investigation based on libelous charges in its tracks."

I publicly express my indignation and opposition to these actions and defamation against Ramola D.

Defamation and slander of a mental illness should be punished by death, as a person once marked with this sign is practically erased from self-determination live style and is deprived of credibility.
And that is the main goal of all perpetrators, who dress up in the protector's masks.

This is not about "mental illness" is such thing exists at all, but about psychiatric (psychiatry - new religion) weapons - a defamation, made by organized criminal groups.

Vide: my YouTube channel and the section about psychiatry: https://www.youtube.com/playlist?list=PLM4B5H8YBJy2sAAKYE3kQy0SCU4VgQQXr

and my YouTube channel, where I just started to uncover all techniques of gang stalking and the use of all system (military, social media, weapons, intercepting of calls, e-mails, DEW and many others)

I started e series of translation into polish of many documents about psychiatry and will proceed in this field.
I am familiar with the subject of gang stalking and the use of weapons, MKultra techniques and similar, deception from the beginning of the human race, and - after two years of researching issues related to this - I start a series of articles in polish.

As only one example of psychiatry fraud and manipulation I quote ONLY the facts about the Rosenhan experiment (as in this article there is no more space for all defamations and trickery of this kind around the world):

The main building of St Elizabeths Hospital (1996), located in Washington, D.C., now boarded up and abandoned, was one of the sites of the Rosenhan experiment
The Rosenhan experiment or Thud experiment was an experiment conducted to determine the validity of psychiatric diagnosis. The experimenters feigned hallucinations to enter psychiatric hospitals, and acted normally afterwards. They were diagnosed with psychiatric disorders and were given antipsychotic drugs. The study was conducted by psychologist David Rosenhan, a Stanford University professor, and published by the journal Science in 1973 under the title "On being sane in insane places".[1][2] It is considered an important and influential criticism of psychiatric diagnosis.[3]

Rosenhan's study was done in two parts. The first part involved the use of healthy associates or "pseudopatients" (three women and five men, including Rosenhan himself) who briefly feigned auditory hallucinations in an attempt to gain admission to 12 psychiatric hospitals in five states in the United States. All were admitted and diagnosed with psychiatric disorders. After admission, the pseudopatients acted normally and told staff that they felt fine and had no longer experienced any additional hallucinations. All were forced to admit to having a mental illness and had to agree to take antipsychotic drugs as a condition of their release. The average time that the patients spent in the hospital was 19 days. All but one were diagnosed with schizophrenia "in remission" before their release.

The second part of his study involved an offended hospital administration challenging Rosenhan to send pseudopatients to its facility, whom its staff would then detect. Rosenhan agreed and in the following weeks out of 250 new patients the staff identified 41 as potential pseudopatients, with 2 of these receiving suspicion from at least one psychiatrist and one other staff member. In fact, Rosenhan had sent no pseudopatients to the hospital.

While listening to a lecture by R. D. Laing, who was associated with the anti-psychiatry movement, Rosenhan conceived of the experiment as a way to test the reliability of psychiatric diagnoses.[4] The study concluded "it is clear that we cannot distinguish the sane from the insane in psychiatric hospitals" and also illustrated the dangers of dehumanization and labeling in psychiatric institutions. It suggested that the use of community mental health facilities which concentrated on specific problems and behaviors rather than psychiatric labels might be a solution, and recommended education to make psychiatric workers more aware of the social psychology of their facilities." 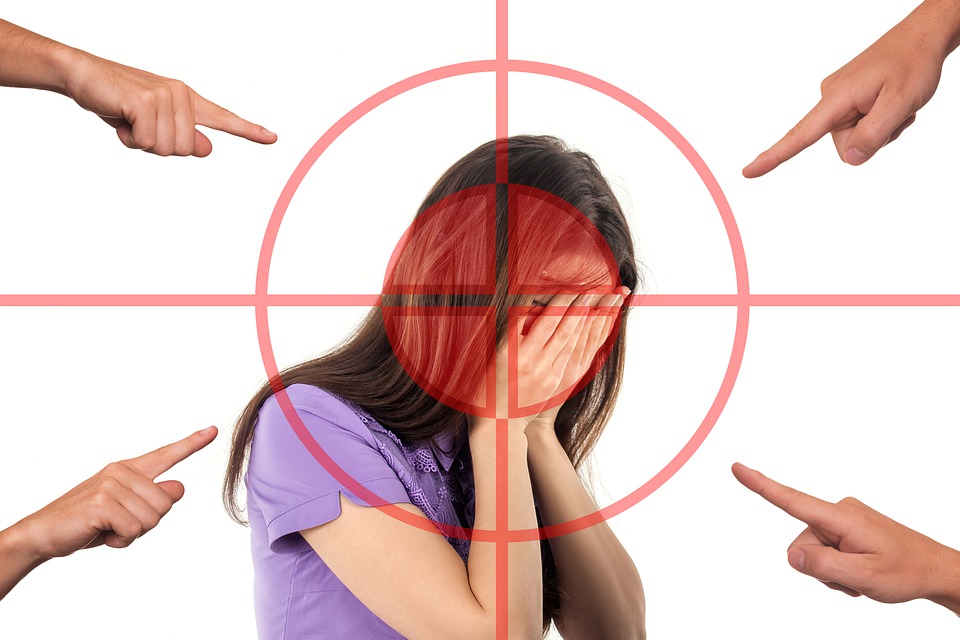 Thank you Margharet for this coverage. Further coverage is on my site at everydayconcerned.net. Your coverage however as a Polish analyst and observer is very important. These wrongful programs by criminals in positions of authority to name sane people insane and clear-seeing people delusional is an aspect of Political Psychiatry that is now worldwide. We have to keep speaking out and reporting about it. Thank you again, I greatly appreciate the public support.