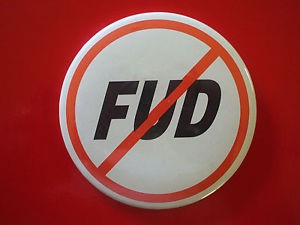 Simply put, Bitcoin is a decentralised, digital currency, but herein lies the first barrier to potential investors. The fact it is a digital currency means there is no tangible asset associated with Bitcoin. When trading in Bitcoin or any other cryptocurrency for that matter, one must come to terms that they will simply appear as numbers on a computer screen. However, it is decentralised, indicating that it is not controlled by any one government, business entity or organization. This was the decisive factor that led investors small and large alike to even consider Bitcoin. Consolidated by knowing that you could gain some sense of financial freedom from the tightly regulated fiat-based money systems is a relief to most.
Peer-to-peer Bitcoin transactions are recorded into the public ledger by means of the newly discovered blockchain technology. The blockchain is the mechanism that checks for irregularities that may occur during any transaction, before it is confirmed and recorded into the public ledger.

What is Market Psychology?

Market psychology refers to the social, cognitive and emotional factors that govern economic decisions of individuals and organisations and how this goes on to affects the listed market price of the product being traded. Needless to say, it is wise to take a moment and consider market psychology of other investors and how this may affect the price going forward, as well as the effect on any expected returns.
It is all well and good when the bulls are in town and everyone is making some sort of profit, but it becomes real when the market begins to fall. At first, speculators will claim the market is correcting itself and that the devaluation will cease at the next major resistance level; no major need for concern here, but it’s time to show a little due diligence and monitor price action closely. If the market price declines further, news outlets will often cry out there is an impending market crash in order to plant the seed of doubt and uncertainty. This at the very least will force investors to reconsider their position and employ risk aversion.
Risk aversion is natural human behaviour when exposed to uncertainty and involves trying to reduce the level of uncertainty in the context of the cryptocurrency or any financial market place. In a turbulent market most people would consider themselves risk-averse, meaning they would prefer a certainty of return, even though it may be less than their original investment, but avoiding the risk of receiving nothing. Risk-neutral individuals are aware of the risks but would let their investments run as planned. People that are understood to be risk-loving would accept the volatility and uncertainty of the market and are prepared to lose their initial investment in the hopes of landing a huge profit.

The market psychology surrounding Bitcoin recently has been extremely negative. Bitcoin price has been dropping since its peak at around $20,000 on the 17th of December 2017 and we are still to reach the bottom. It is worth observing that many crypto-related businesses hope to launch their products in Q3 and Q4 of 2018. Since high-street shops are gradually welcoming cryptocurrency transactions to the numerous ICOs based on the Ethereum blockchain – this shows that the markets are expected to pick up in the coming months.

Fear, uncertainty and doubt are part and parcel of any financial market. The best way to handle these negative aspects to trading is to be forward thinking. Do your market analysis before investing, know at least the next level of resistance and support to give you some idea of price action and how that affects your position in a particular trade.

On occasions, it might be better to cut your losses and salvage whatever money is left over from the previously losing trade and just walk away. Give yourself a break from looking at charts and moving tickers, a jog around the park or an evening out with friends should help to alleviate the built-up fear and stress.

How to benefit from FUD

During times of financial unpredictability some investors will act irrationally, assuming the worst, risk-averse investors would be happy to sell at a lower price than which they bought into the market just to ensure they recovered some of the original investment funds back.
If you believe in the product or the market and your belief is that the market will eventually climb back up, it would be worth buying into the market at this time of uncertainty, waiting out the period of instability and selling when the price has ascended back to expected levels.
Informally, this process is called “buying the dip” and “Hodl” are common phrases used by the cryptocurrency community to counteract FUD.

The risks of investing in Cryptocurrency

The rewards of investing in Bitcoin and other cryptocurrencies are great if you were one of the early birds. Those late to the party, like myself, have to show a little more patience and determination to learning the market and its behaviours, but that’s not to say there aren’t any profits to be made. It is still early days in the crypto-civilization. Many key projects pushing the boundaries of blockchain technology are still to be released, this will inevitably lead up to a new bull run and the markets will begin their climb to the moon once again.
The risk is real, please only invest with money you can afford to lose.

Submit
$0.00
1 vote
1
Authors get paid when people like you upvote their post.If you enjoyed what you read here, create your account today and start earning FREE STEEM!
Sort Order:
[-]
steemitboard (65)  ·  2 years ago

Congratulations @ravz50! You have completed some achievement on Steemit and have been rewarded with new badge(s) :