THE MOST MEMORABLE DAY OF MY LIFE</>

The most memorable day of my life happens to be the day I won the election as the PRESIDENT of my department over here in school (Nnamdi Azikiwe University) . This happened on Tuesday, 21st November 2017. I was super excited because the "stone that the builder rejected has become a corner stone.

THE PROCESS:
While Leadership has been my thing since I was in secondary school , I never really had the intention to run for a position in my department. This is because I was already serving as the Honorable Justice representing the department at the Student Judiciary Council (SUG Levelg
Prior to the election, I was at home with a good friend of mine @theophyla, we were discussing about the welfare of our department, how things are been run and the work rate of the administration in power back then, when he said; @Brainyblaze I think you should run for the post of the President in our department. At first, I laughed it off. I told him I wasn't interested in any position at the departmental level, but he went on to say that 'I am the right man for the job and that I should see it as an opportunity to correct the wrongs that has been trespassing in our department and there it goes; My Presidential Ambition just kickedstarted! 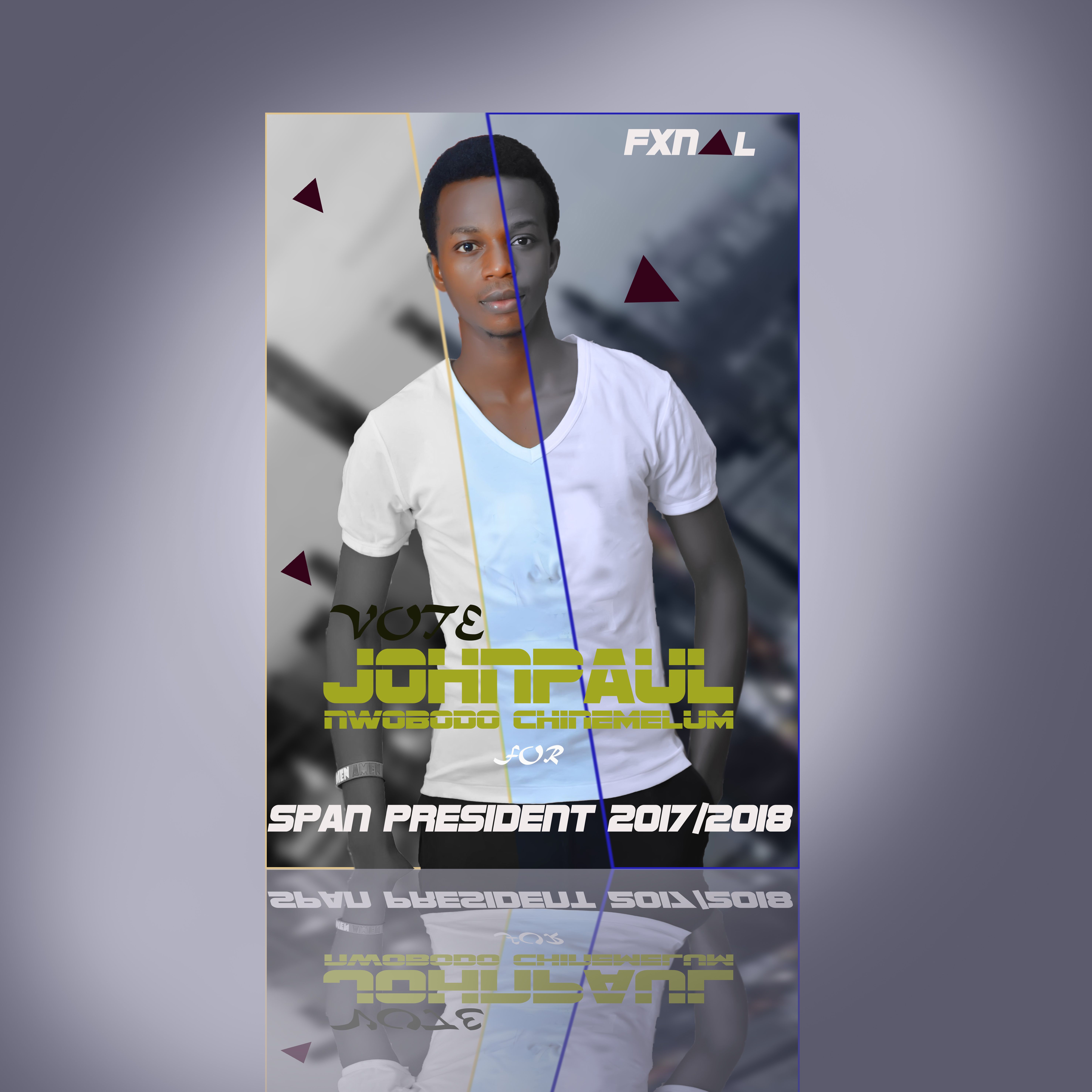 THE RUMOUR
Immediately the news spread that Brainblaze will be aspiring to become the president of the department, the girls (majorly) and someother guys in the department started ranting about 'how I don't attend departmental meetings on a regular basis.'
Personally, I usually attend the meeting, but started lacking interest in the meeting when the purpose of the meeting changed to a type of meetings our mothers and grandma's do attend during the August meeting .
Irrespective of all this rumours, I was never weighed down, I was determined to get to the throne.
So I decided to approach each an everyone of them who thinks that I am not capable because of my absence at the departmental meeting. I soughted things out with majority of them in order to boost my ally bank.

THE ELECTION ITSELF
The election started at 9am prompt, though there were no interruptions, but the pressure I felt that day has never skipped my mind. Thoughts were roaming through my mind, "what if I don't win"? "will I be termed failure among my mates? ". At the end, I just decided to allow nature take its course.

THE VICTORY
At around 3pm in the afternoon, I was inside my room when I received a call from @Theophyla proclaiming the good news. I had beaten my opponent by a wide margin. I was practically shading tears of joy but I had to man up and prepare for the next challenge which is "running an effective administration that meets it's goal."

This event has been scribed in my brain and heart like the way a blacksmith scribes a symbol on a sword. 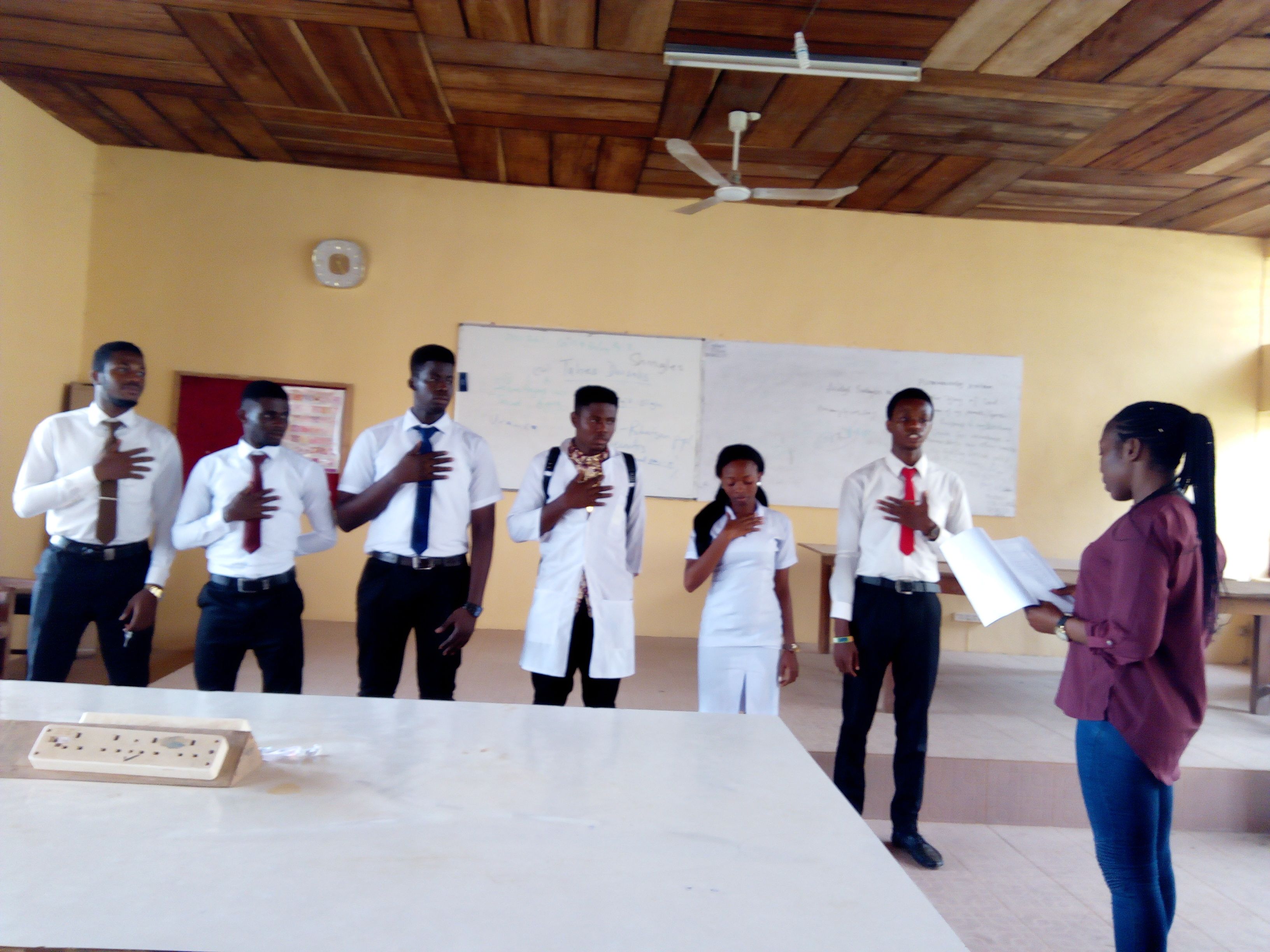 During my Induction Ceremony as the President, together with my executives

APPRECIATION
My appreciation goes to @futurethinker for taking me down the Memory Lane with this wonderful contest of his.

I enjoyed your story! But I'm intrigued by your mention of the type of meeting your mothers and grandma's do...what does that mean? What kind of meeting do they have?

Oh... Thanks dear. Have you heard of August meeting?

No, I haven't. What exactly is it?

That was a fun read! Looking good in those posters haha!

Thank you for joining the challenge @brainyblaze.

Thank you for the giving me the opportunity to tap into my Memory Lane.

the stories are really getting more interesting.. thanks @brainyblaze

You are welcome bro.

Congratulations, your post was discovered and featured by @OCD in its daily compilation 195!

Boom! Thank you so much. I am feeling super fly right now. Glory to God.