I've written a few times lately about how real free speech doesn't exist anymore on most social media platforms. Facebook, Twitter, and YouTube have all jumped on the proverbial politically correct bandwagon. Facebook and Twitter will either ban you forever or give you a timeout. YouTube may keep your content and continue to make money from your videos, but prohibit you from making any money.

Not so with Steemit!

Steemit is about real and true free speech. No censors. No bans. No problems. Of course, if you are a racist, bigoted, homophobe, the Steemit community will downvote you into reputation purgatory. The platform itself, though, won't do anything. It's a blockchain and your posts are here for anyone to see forever. You can even generate some revenue on Steemit while giving away an AR-15! But don't try that with Facebook if you are Austin Petersen.

Austin Petersen is a candidate running for Senate in the state of Missouri. Petersen decided to do a fundraising promotion giving away an AR-15. Facebook decided that anything mentioning guns deserves a 30-day reminder of who is in charge. 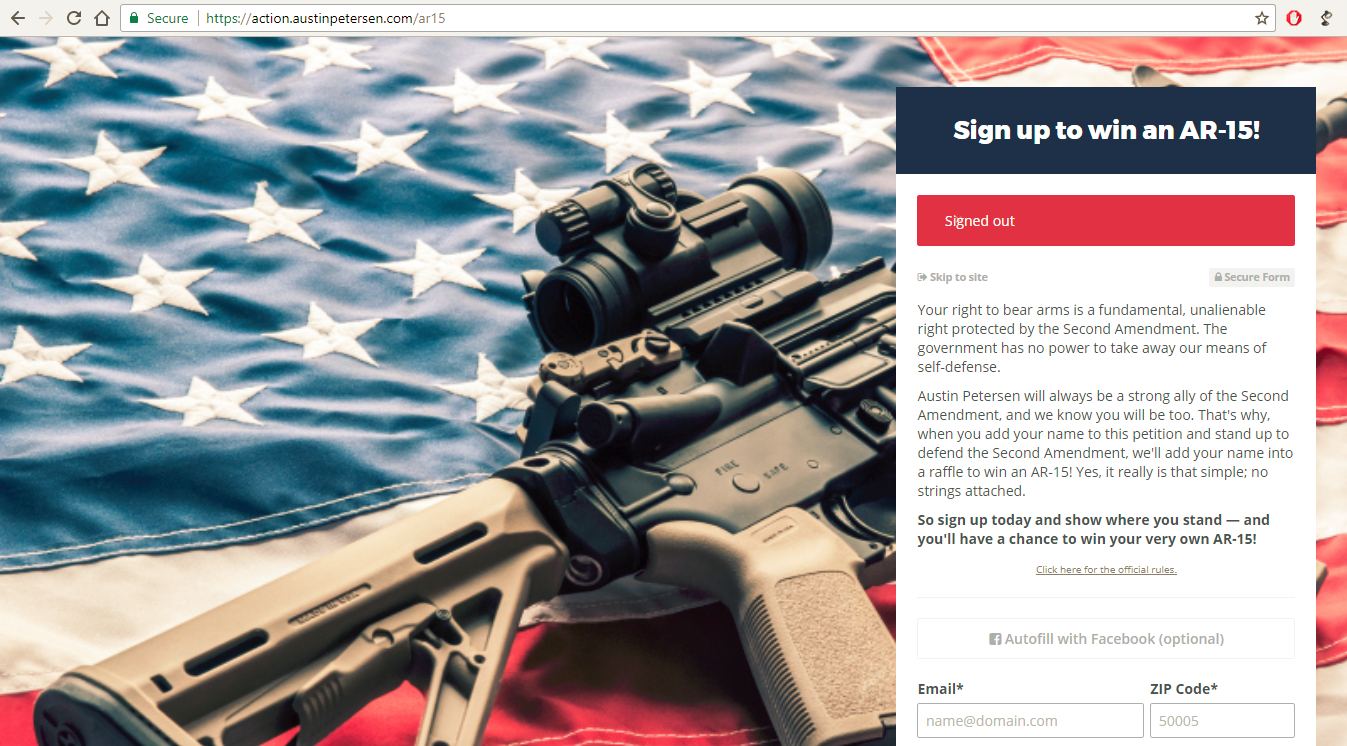 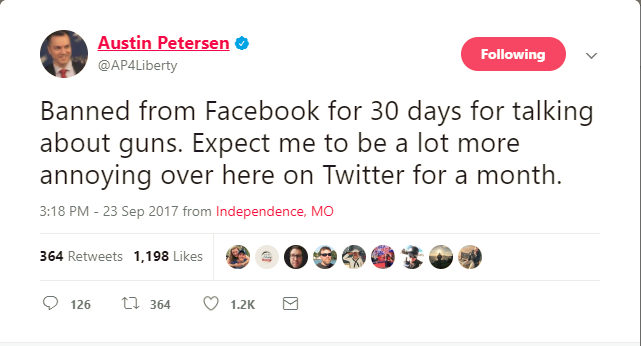 Austin, in his classic sarcastic style, noted that not all talk about guns is against social media law. 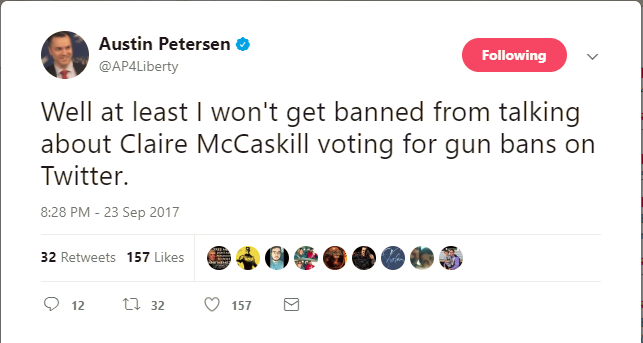 Now, more than ever, freedom of speech needs a place where it is truly respected. I'm glad that Steemit is that place.

If someone can get Austin Petersen to give me a video shoutout on any social media before this post reaches 7 days, I will donate all the earnings from this post to his campaign. All that I ask is that Austin mentions my name, Steemit, and this post.

My name is Rich and I'm a Libertarian.

You can find me on the Libertarian Chat Channel. I'm working on a production called the LIS, or Libertarian Interview Series. It's going to be a series of written format interviews with the top Libertarians and Anarchists on Steemit. If you would like to be a part of it, either to be interviewed or offer help, just message me here.

Has anyone reached out to him to explain Steemit? Seriously, he should come here. We are the tip of the spear. Most people are too dumbed down and programmed to see things for what they really are in the beginning. However, they will be leaving FascistBook and other sites, and those places will die just like Myspace did.

I shared the post on Twitter and tagged him on it. He retweeted it, but who knows if he actually read it.

It's the place I visit to find the remaining freedom loving individuals before they lose all hope.

Really? What were you saying about Censorship?

Are you saying that you censor Facebook by not visiting there?

I'm not interested in promoting or growing Facebook, but in pulling their users away. I'm not sure I understand your comment about censorship in this context.

Are you saying that you censor Facebook by not visiting there?
cute.
I'm saying that I got rilly, rilly, TARD of facebook's silly mind control games. One day I got fed up and left...never looked back (after having been on it hours at a time every day for many, many years) FaceBook changed into something I no longer had any use for.

Uhm, it's not the typical usage of the word. Sure, you are censoring Facebook on your own. Good job?

Something on My Space. Or Your Space. Or Outer Space. Just kidding. Back in the day, I was on Xanga.

Facebook can do what they want. That is why Steemit is growing! I'll be reaching out to him today for sure. New follower by the way. Great project trying to get a libertarian group here on Steemit. I do a weekly podcast myself.

Facebook has basically turned into yet another political pundit censoring anything that doesn't fit their liberal agenda...so sick of it!

If I didn't have to be active there to manage sites for work I would never visit that hell hole again!