The individual in society knows how to be and how it should be. SOCIAL PSYCHOLOGY OF GROUPS In this essay we will contextualize the historical changes and the adjacent psychosocial processes that have given this transmutation in which we live, for this we will base the work of Guy Bajoit, "The tyranny of the" Great ISA "» a kind of substitute God that promises to give meaning, orientation and meaning to the existence and behavior of the human being.

Main points that will be touched are: the commandments of the Great ISA "(Individual-Subject-Actor), as well as their contradictions; the dominant ideology; the historical context of social changes; the spirit of the time; and the psychosocial consequences of this ideology.

As it is emphasized, the mutations (evolutionary changes in the cultural ideology) fall in the damages that are partially solved by means of the tyranny of the great ISA, Bajoit (2009) exposes a "Table of the Law", that corrupts the previous tyranny of the reason.

Apparently the author escapes the perfectionism and the neurosis that entails, and brings with it a severe confusion of values that promotes conflict 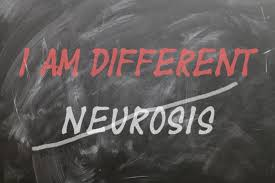 The influential groups form models and establish a regime, in the case of the sociohistorical context, Ribot says that since the neoliberal model is installed on a global scale and that the commercial sense appropriates public spaces such as health and education.
These changes produced in the society technical, economic, political and social mutations that placed the individual in front of new roles

However, we still have the question about which is the dominant ideology that promoted these changes, either poorly or adaptively To answer this answer, I inquired about the classical conception of ideology referring to a set of collective beliefs aimed at directing collective behavior. However, the Marxist conception defines ideology as: false consciousness, whose role is to conceal, justify and preserve the material-social relations of inequality fostered by the ruling class.

The social need leads to study about the so-called "spirit of the time" or rather the form (conditions) according to which the society lives over a period of time, in other words the spirit (temporal perseverance) dominant according to the current circumstances demand.

Example is the one that exposes Domínguez (1987) in which he says that "in past times it was serious to divorce and less serious to stop paying taxes. Now it's the other way around, but there is a dominant spirit and, with it, restrictions on freedom " 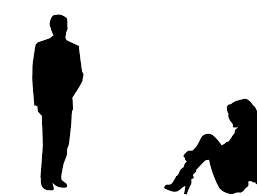 (pixabay)
As noted, the spirit of the time leads to new regulations regarding beliefs and values

#Conclusion
According to the ideology, WE SEEK the inclusion of * ideas that are not distorted * by group filters, ideas appropriate to the story, appropriate to the people; ideas or systems of ideas fruit of the needs and concerns, constructive ideas, criticism. Ideologies that are reliable and that are separated from their social stigma The theme of Ideology requires a critical, historical analysis of the political, economic, social and cultural reality if a transformation and a radical change are to be achieved.
A phrase that was significant for the author is what Hegel says, "the individual in society must know how to be and what should be"
The foregoing confronts the fact that, as has been emphasized, the individual does not become the subject of his or her history, but is reduced to being only an actor (only to fulfill a social role in which the individual does not exist, it is only a replaceable subject). ) of a social conditioning

Finally, the individual is forced to invent his own existence, bringing with it an overvaluation of the ego to believe that the individual is a sacred being with inviolable rights, however this has not been the solution, but because there is no theoretical framework based on As for rights and duties, all social dynamics incoherently turn to chaos. In order that the person with better arguments, strength of will, social influence, socio-economic power or persuasion has the ability to implement the conditions that they want and agree to.

In this way a subject is generated that does not respond to social needs, which can not be "told" what to do, but ***the author considers that he must be aware of the responsibility of his social actions and the repercussions that these have ***

The same way the author exposes the intriguing about *** how to constitute the best social conditions that adapt to the context and the way of thinking of society *** in which one lives during a period of transformation of structures and institutions, as well as of the own identity confronted with the social and voluntarist tensions. 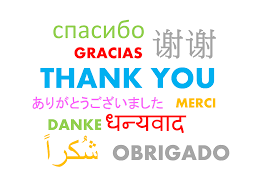 Wow very interesting.. I never really thought about it this way, especially when you talked about the individual being the actor... thanks for sharing this. I upvoted and followed you - if you get the chance, check out my blog, I think you'll enjoy it

thank you. ill check your blog.

This post has been upvoted by @nanobot with 20.0%!
You want higher upvotes?