Social media is getting more political and screwing up our relationships 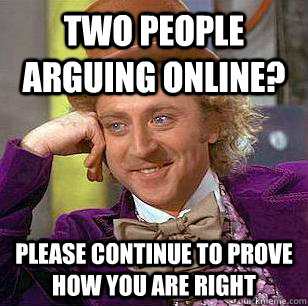 On social media, we are at each others’ throats more than ever. Why?

Online discussions seem to be tenser than I can ever remember them being, and I’ve organized and participated in them for about 25 years. Since things have been getting more and more heated in recent years, I have been thinking more and more about why they have.

The usual reasons are — let’s face it — inadequate.

Well, it’s Trump!
No, it’s that biased liberal media!
No, it’s the stupid conservatives, believing all that fake news!
No, it’s the loony, liberty-hating left going off the deep end!
No, it’s the right, becoming more fascist by the day!
But it’s really the Russians! This is all according to their plan!

I’m just sitting back and asking myself, “What the hell is going on?”

People haven’t changed that much. Most of my Facebook friends are liberal, but I know a lot of libertarians and conservatives. Almost everyone seems upset about where the country is going, for different reasons, of course — but individually, they haven’t changed that much. One on one, I can have a friendly discussion with most people I disagree with. But when we get into groups online, well, things are looking very different.

These politically-charged group disagreements are interfering with our personal relationships. One of my best friends from high school, whose political views have become more radical in recent years, unfriended me for no reason other than my political views. I’ve unfriended acquaintances I’ve worked with in the past because they were unable to reply to me about politics without constant insults. One very nice woman, who is much more moderate than others we both know, quite viciously attacked me when I expressed an opinion unpopular in her group. She’d never been so vicious before; it was quite shocking to me. Since she’s just an acquaintance, I just decided to do us both a favor and unfriend her.

By now, this sort of thing is sad old news. You probably have similar stories. For a while, I thought the problem was basically just “familiarity breeds contempt”: the more we see each others’ contrary political views splayed online, the angrier we become.

But there’s more to it than that, I suspect.

We observe others making political statements online, and we think: “I wonder if this is having some effect.” Upvotes and likes sure look like evidence that a message has had an effect. And if it was a political message, well then, that means your views have been advanced — or attacked. The fight is on!

We’ve been told over and over in the last decade or so, and especially in the last year, that online commentary, and social media in particular, has an outsize political effect. Obama’s social media chops were praised for helping to elect him. We’re told that we get most of our news (or links to news) via Facebook. Russians were supposed to have help elected Trump through the — make no bones about it — awesome influence of Facebook and Twitter. YouTube political commentary is increasingly influential, even if it is sometimes deeply offensive. Trump’s tweets are an endless source of controversy and publicity.

With all the allegedly bad influences online, the Establishment governments and corporations now seem increasingly agreed that we must clamp down on “extreme” views, free speech be damned.

So when you’re merely batting out a quick message on Facebook or Twitter, you’re told, you’re participating in a system with an awesome amount of power. This is now where where public opinion is made. You might not be thinking about this as you write. But you have a sense that you’re playing to a potentially huge audience, especially if something you’ve written is called out or goes viral.

Consider any online comment that, twenty years ago, would have struck everyone as unimportant, self-indulgent political commentary. Today, the same words seem significant — praiseworthy or deplorable — and demand a response.

Many of us would prefer our social media feeds to be politics-free. But it doesn’t seem to be moving in that direction, does it?

Even relatively apolitical people feel moved to weigh in today; the pleasant, vanilla personalities of your acquaintance startle you with opinions. She has an opinion? Sometimes forthrightly expressed! What the hell? Previously moderate writers, the voices of reason, sound increasingly ideological. Gee, that doesn’t sound like him. And your old friends who were always lightheartedly talking about politics are on the ramparts with wild-eyed looks, lobbing word grenades. Dude! Maybe calm down a little?

Facebook began as a way for college students to socialize and then became, sadly, the modern replacement for much social interaction. But in the last five years or so, it has evolved into a zone of political warfare.

Social media is, increasingly, how we socialize; but social media looks, increasingly, politically consequential; therefore, our socializing occurs in a heavy stew of politics. Like it or not. And that is not good for our relationships.
The political nature of social media is seriously getting in the way of how we socialize. This is sad. I hope this is a point that everyone can agree with, especially those of us who really value our relationships quite independently of our political tribes.

Don’t misunderstand. I’m not complaining about politics on social media; that would be hypocritical of me. Perhaps social media even empowers us in new ways. But at present, it seems to be doing so at the cost of our personal relationships. Social media is changing how we socialize, making it more political. That’s not an improvement.

I have two practical requests, of the social media giants and then of everyone.

Add-on apps won’t do the job effectively. (I’ve tried them.) Facebook, Twitter, etc., you have to do it.

I have one more request, and that is of everyone. Do you agree that this is a problem? Maybe it’s not (or not just) the Russians who are dividing us; maybe it’s very media that are Facebook and Twitter. If you agree that we’re becoming divided and hostile because our friendly, social discourse overlaps too much with our nasty, political discourse, then let’s start talking about it and working on solutions.

I hope there’s a solution.