Where It All Began! Visiting The Town Of Tequila, Mexico

tangerinetravels (70)in #photography • 4 years ago (edited) 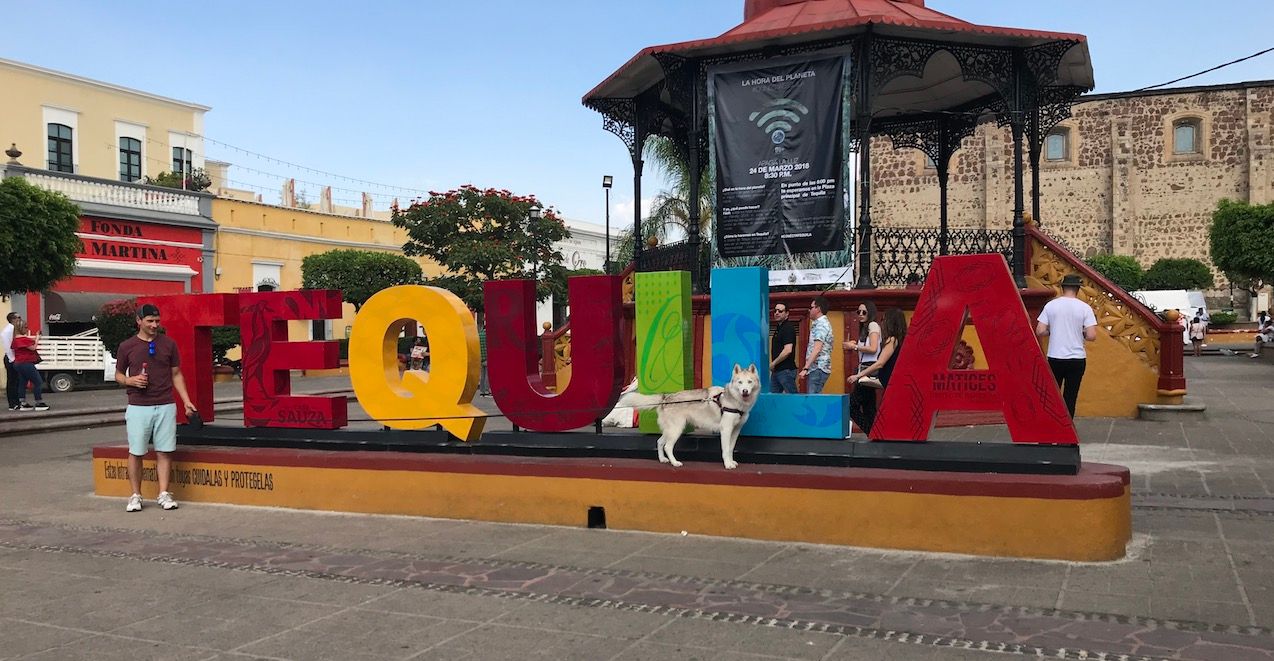 Tequila, Mexico. No, it wasn't named after your favorite distilled beverage. Tequila, the beverage, was named after the town. Originally called Santiago De Tequila, the town was founded in 1530 by Franciscan monks.

In 1600, Pedro Sánchez de Tagle decided to build a large scale distilling operation based on a local fermented beverage made with the local agave plant. He also introduced the idea of cultivating this plant, native to the region, on a mass scale.

Sánchez de Tagle's efforts can arguably be the reason that so many of us enjoy Tequila as we know it today.

When driving into Tequila earlier today, the horizon often had a blueish hue thanks to the expansive fields of blue agave growing nearby. No matter what direction we looked, there was more agave! As we drove into the town, we saw quite a few shops along the side of the road selling alcohol. We decided to stop to see what they had because, when in Tequila...do as the Tequilans do. 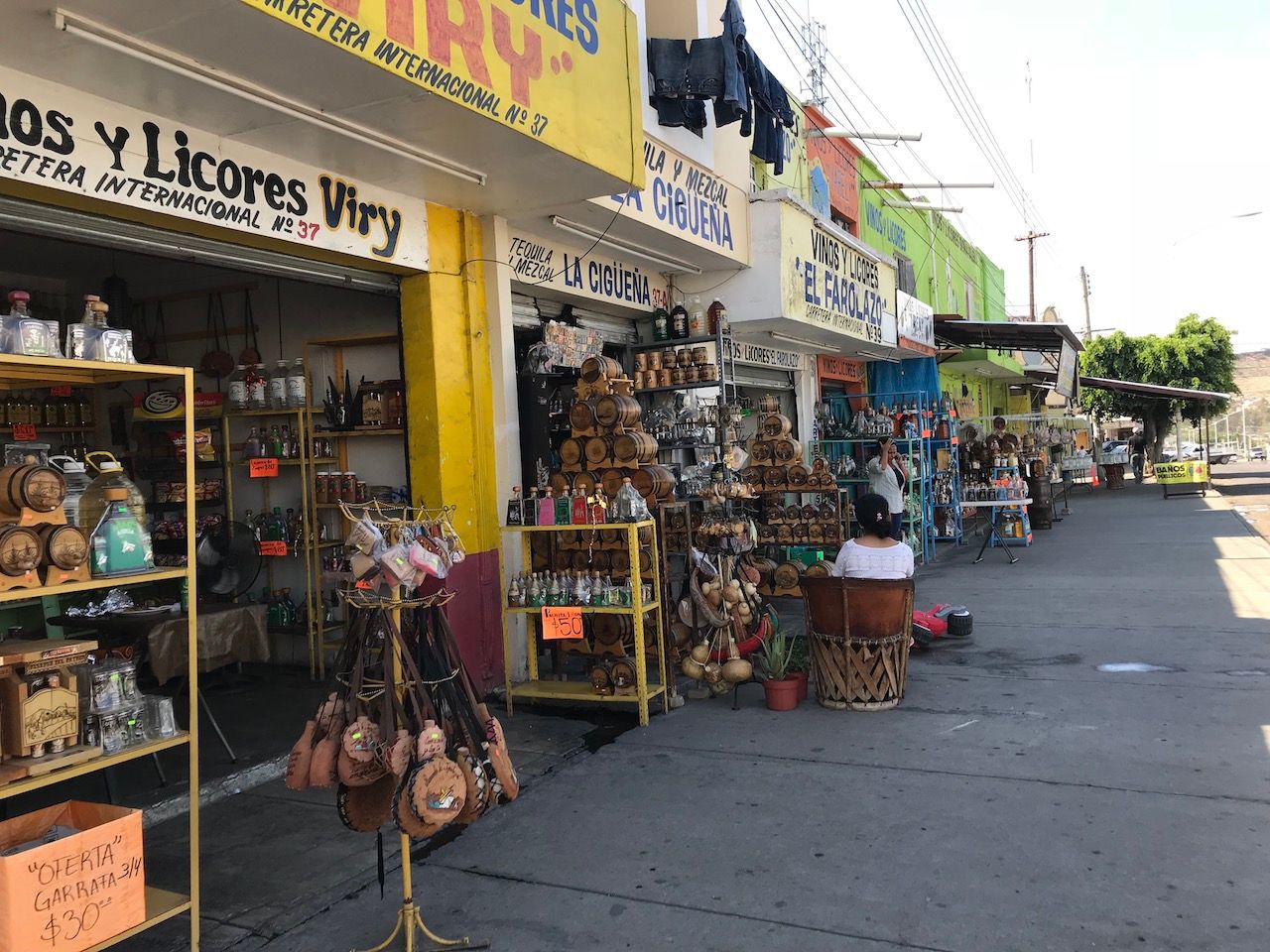 After tasting a handful of tequilas and liqueurs at this shop, we decided to negotiate for a lifetime's supply of their delicious "artisanal" añejo tequila. 5 liters to be precise.

He was asking 400 pesos ($21.55 USD) originally. In actuality, we probably would have paid that, except we wanted to walk around first and he dropped it down to 350 before we left. We managed to get it for 250 pesos ($13.47 USD) thanks to our elementary-level bargaining skills (and probably making him nervous after we tried a few neighboring shopowner's tequilas.) 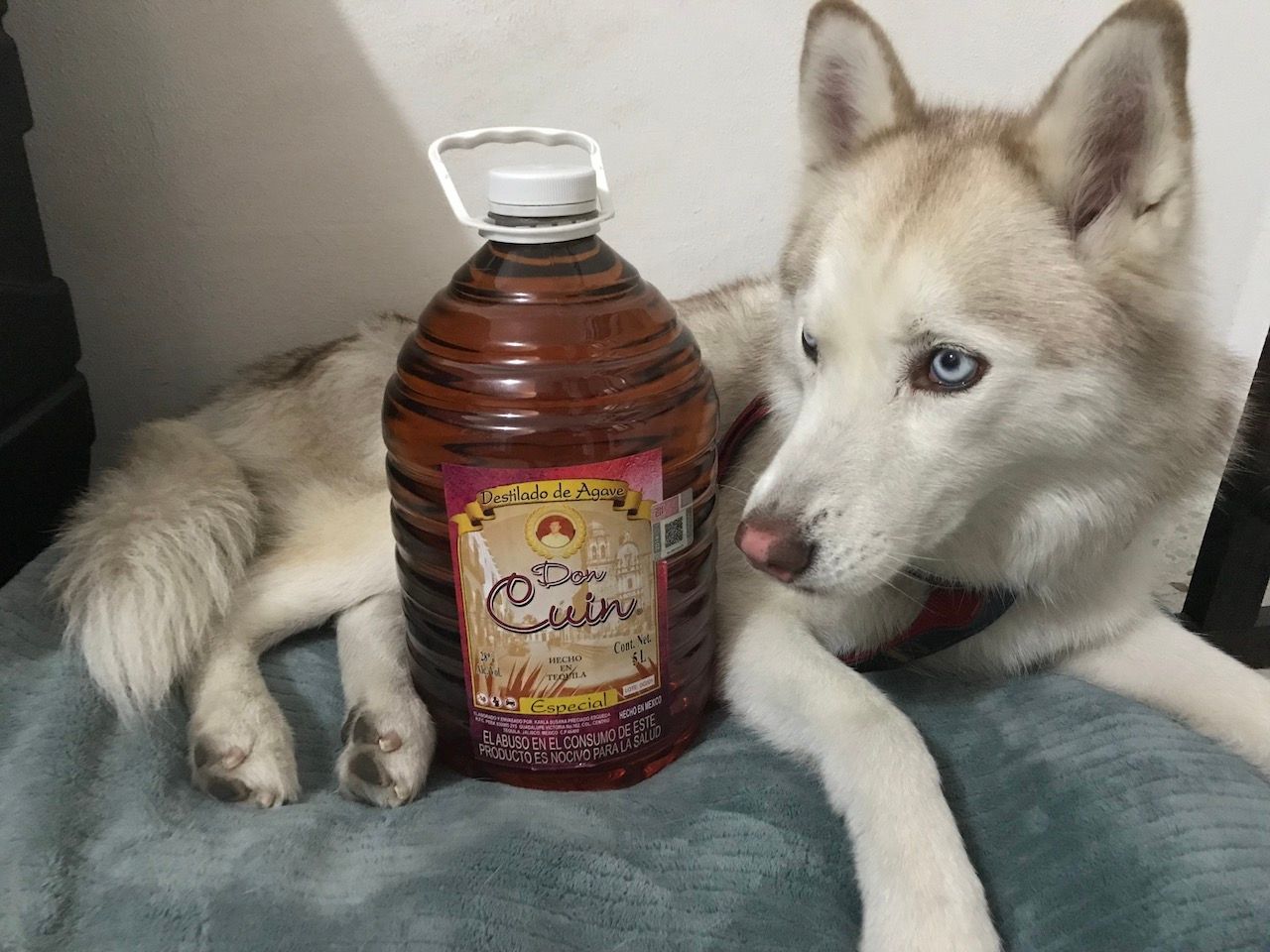 After buying the largest quantity of alcohol we had ever acquired in our lives, we headed over to El Centro to do some exploring. We had heard it was a pretty cool town but didn't really know what to expect (as per usual).

We thought it was pretty awesome that they offer tours around the town, though that's not the cool part. They'll take you in a tequila barrel, jalapeño pepper, or a guitar-shaped bus. How great is that?!

Built in the 1700s, the Church of Santiago Apostol is the most prominent structure in El Centro, standing far above most of the buildings. 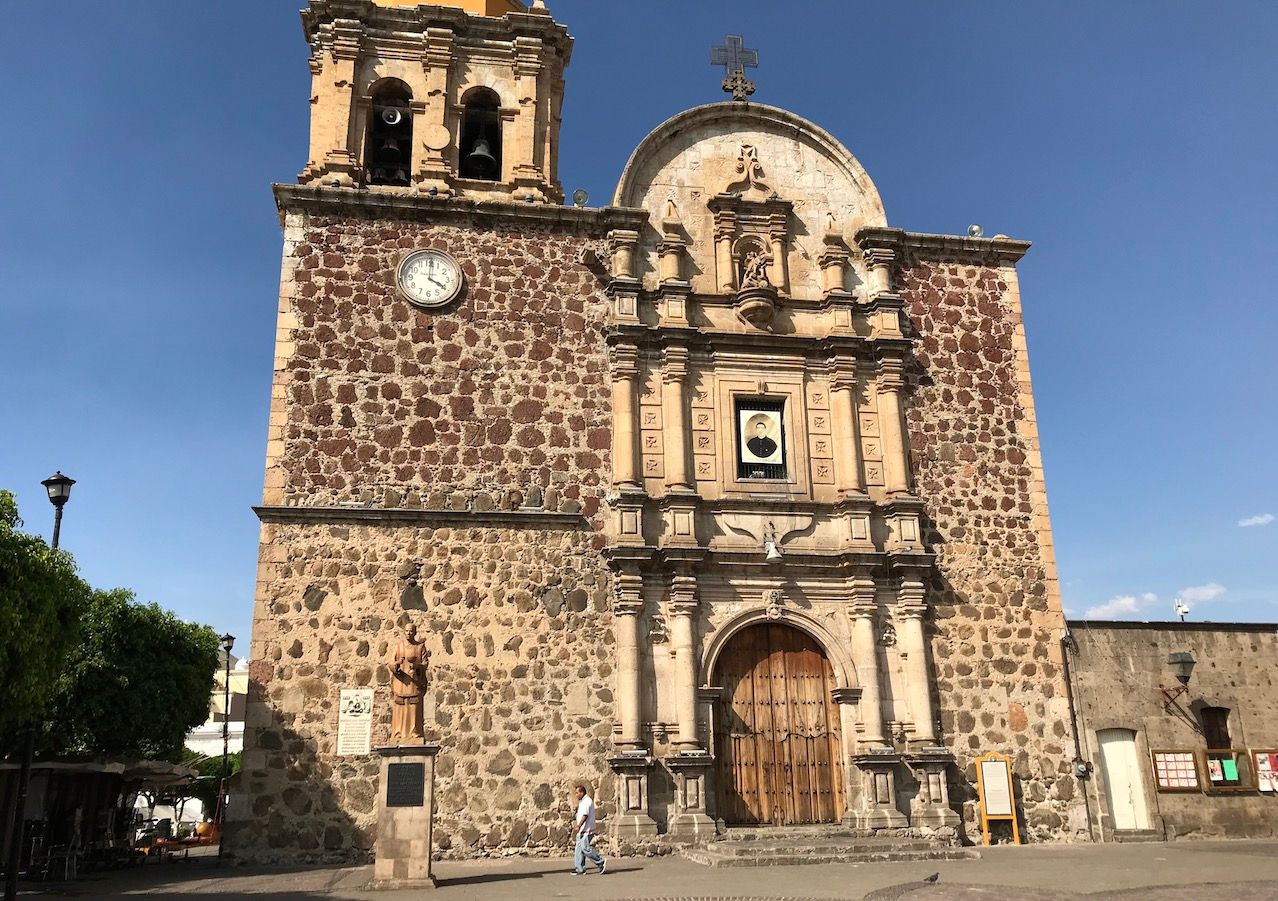 We didn't have a lot of time to spend in Tequila because we had to hit the road and get to Guadalajara before dark. We're slightly ashamed that we didn't even try a margarita while in Tequila.

But, before leaving, Maddie had to get a snack for the road. Grilled corn, freshly cut off the cob, combined with lime, cheese, sour cream, and salt. That came to 30 pesos ($1.62 USD). It wasn't as good of a price as the 10-peso deal we got from the "corn (elote) man" in San Blas, but still tasty nonetheless. This was a pretty interesting town that we'll have to explore more while not under such a time crunch (and where one of us needs to drive safely afterward).

We use this action cam to shoot our videos.

Curious to learn more about us?
Check out @wadepaterson's 20 Questions with TangerineTravels.

Until next time,
@sharingeverybite (Maddie)
@shenanigator (Jordan)
(and Laska the Siberian Husky)

Interesting narrative. I like your presentation. If I was asked about Tequila being a place I would never have guessed I would have put all bets on it being just a drink. Thanks for sharing. Great pictures too.

We didn't know it was a town either! At least, not until the day before we went there. Thanks for checking it out and commenting :)

Wow you sure had lots of fun that you really wanna go back to have some more. Hmmmm interesting. Tequila is really beautiful though. Wow lovely pictures.

Thanks @oredebby! We just felt like we didn't have enough time to explore the town. We'd love to take a tour in a tequila barrel, visit some distilleries, and have a margarita or ten.

Tequila!. Seems Mexico have small beautiful places all over. This is so nice to see. Hahaha...that is one large amount of tequila. How soon can i join in? Haha. From 400 to 250? I salute your bargaining skills. I would probably have stopped at 350, just to feel confident with myself that at least i knocked something off. Hahahaha. Well done guys. I have heard so much about Magarita...from movies though.

There are a lot of neat cities throughout the country. SO. MUCH. TEQUILA. We'd have a drink with you anytime; you're a wonderful person that we'd be lucky to call a friend.

Your words and replies always make me happy. Thank you so much. It's such an honour to have you as friends. Delights me.

If you can find some ginger beer in Mexico, you can make some Mexican Mules!

INSTRUCTIONS
Build over ice, garnish with fresh wedge of lime.

Toss in a splash of triple sec to make it really tasty!

I've had something similar before, but this is exactly what we need! I'll be searching for some ginger beer today to complement our giant container of tequila from Tequila.

I'm taking a special girl to get some tequila over here @tangerinetravels. I'm inspired that steemians are living so good.. Thanks for sharing!!!

Hey @kofibeatz! Thanks for checking out and reading our post. Hope you find some good tequila :)

This name has been called by Tekiya, but the name of the water is very much

will drop by to have a taste. lol

Congratulations @tangerinetravels, this post is the fifth most rewarded post (based on pending payouts) in the last 12 hours written by a User account holder (accounts that hold between 0.1 and 1.0 Mega Vests). The total number of posts by User account holders during this period was 2032 and the total pending payments to posts in this category was $4897.22. To see the full list of highest paid posts across all accounts categories, click here.

I see you are still enjoying new towns and adventures and buy too much Taquilla beer....
Continue enjoy your journey and freedom to travel.

As i can easily see you had a great time there.