Fly Me To The Moon

Fly Me To The Moon 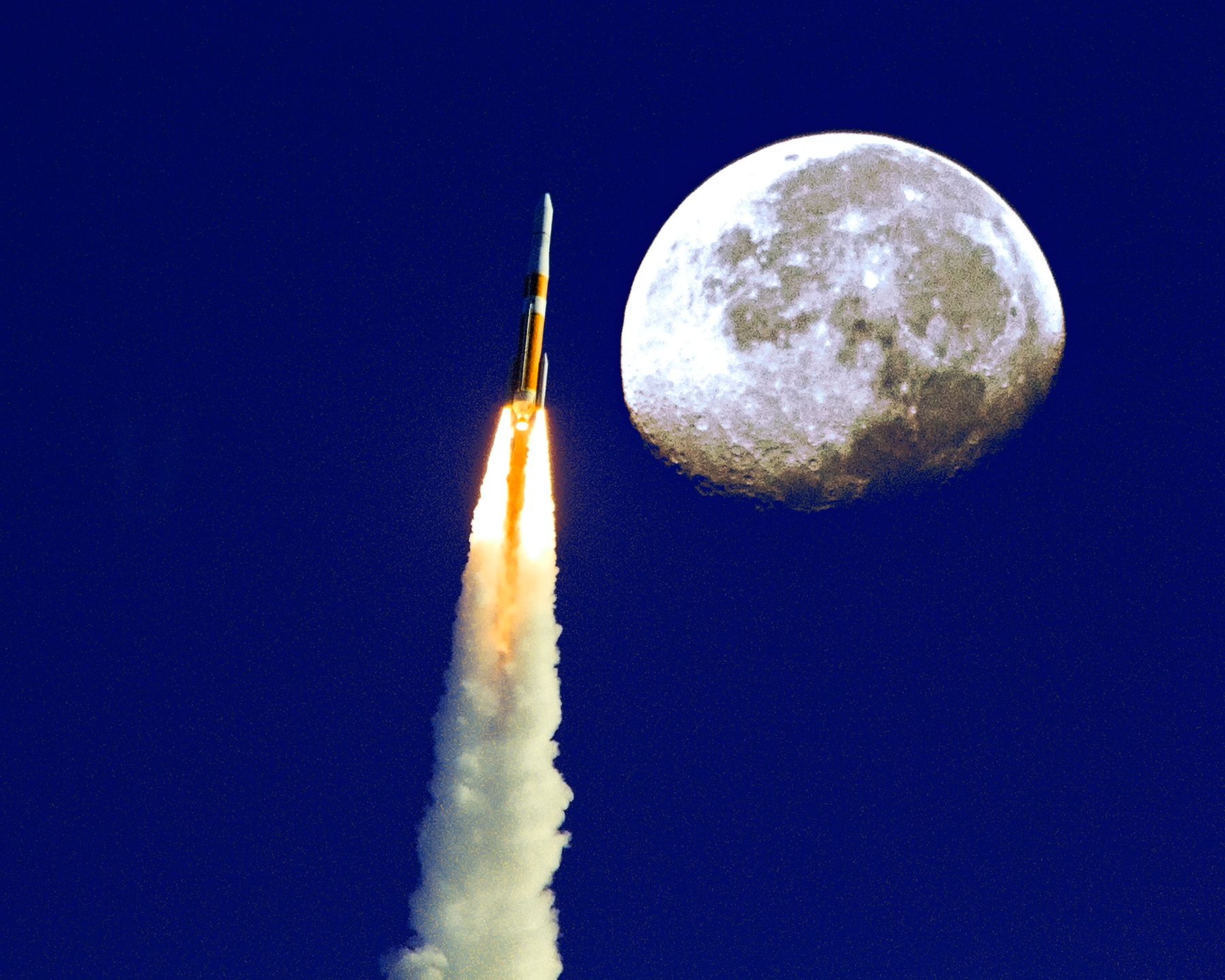 I sifted through my collection of moon photos and digital art pieces and came up the ones I’m posting here. I also thought I’d throw in a few fun moon facts from Space.com. The moon always looks better with a few interesting clouds and a palm tree. This was taken at Black Meadow Landing in California.

Only 4 other moons in our solar system are bigger that our moon. 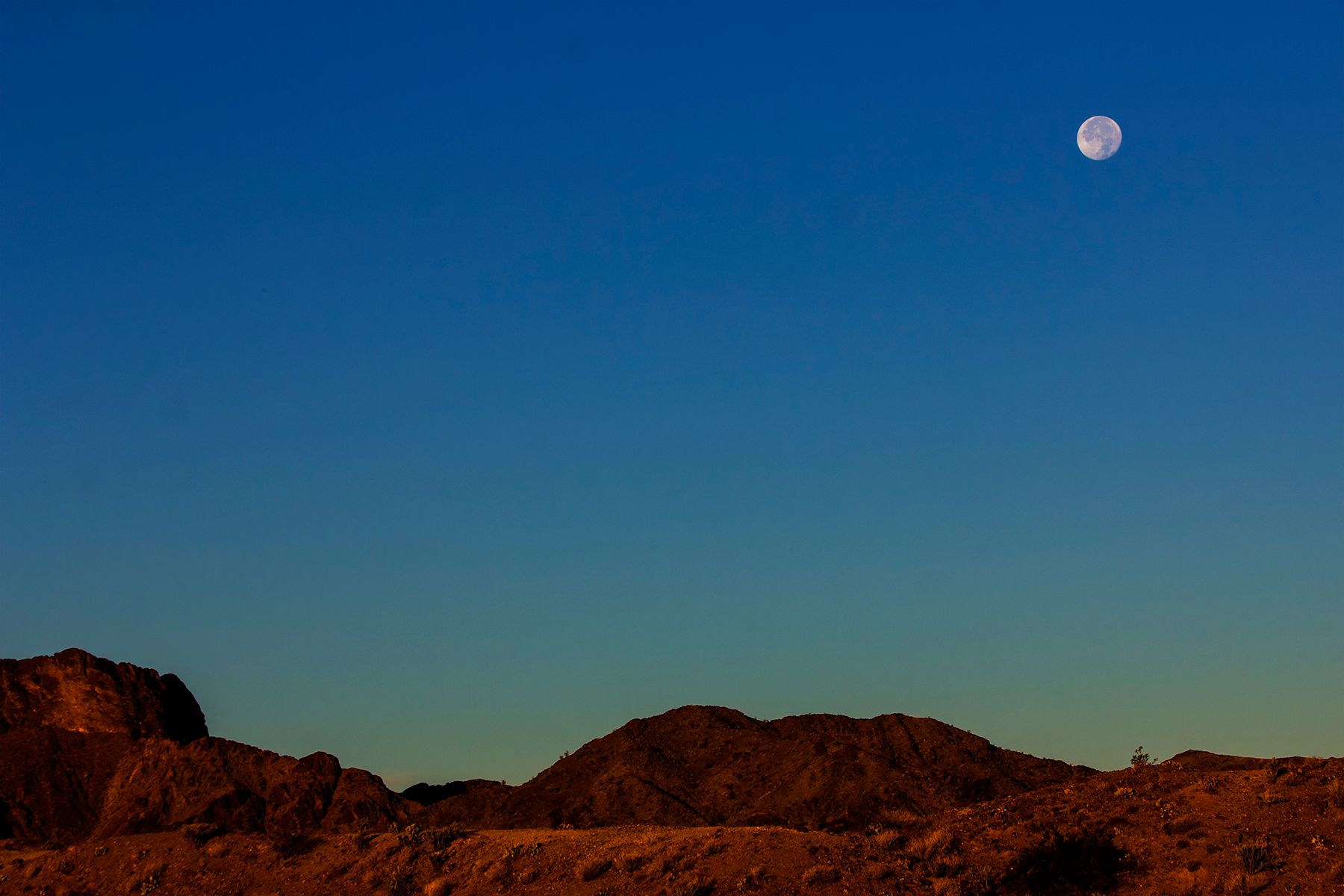 I took this one in the morning as the moon was setting over the Whipple Mountains in California.

The moon is a bit more than one-fourth (27 percent) the size of Earth. The full moon rising over the Mohave Mountains in Arizona.

The moon always shows us the same face because it takes 27.3 days both to rotate on its axis and to orbit Earth. 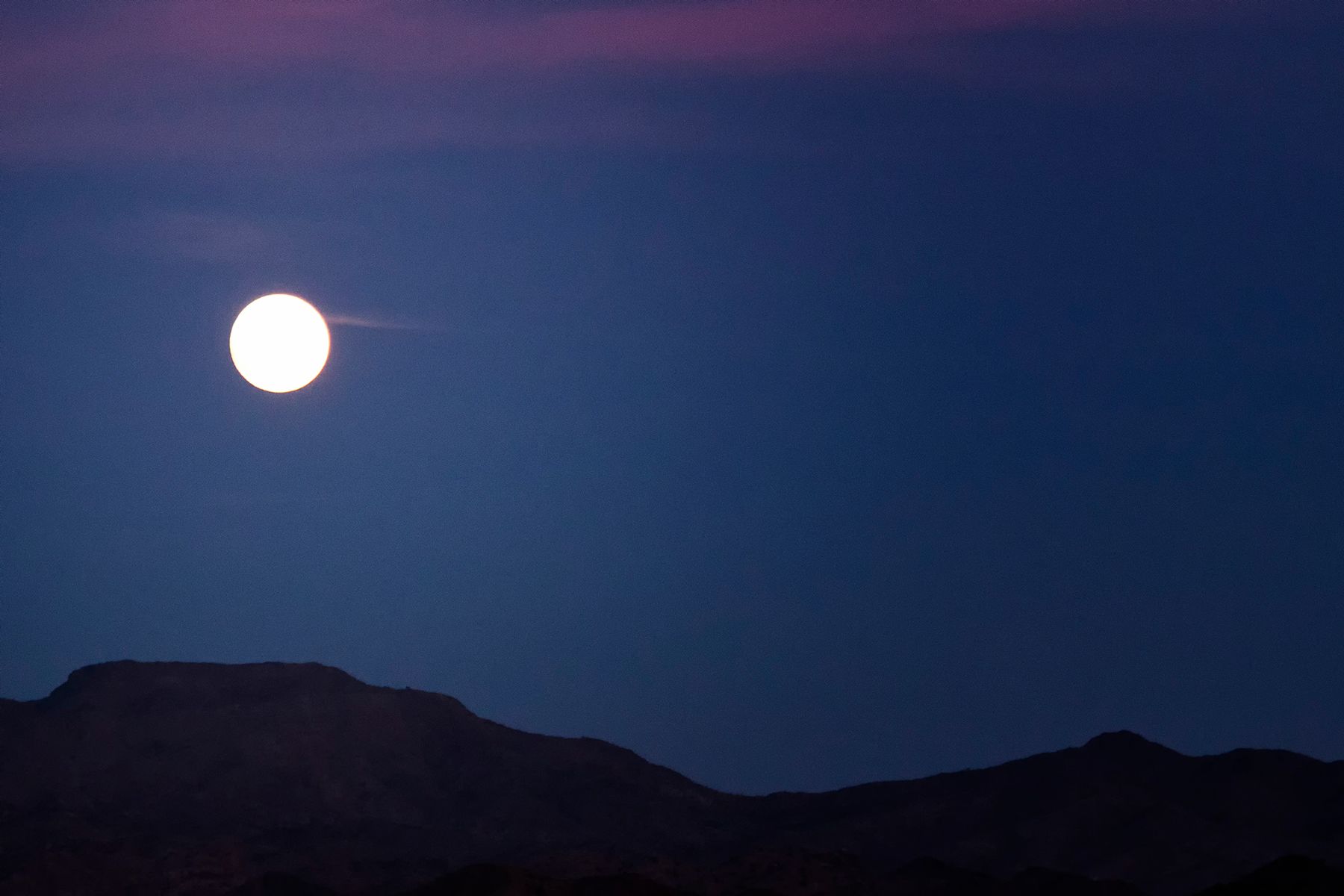 Another photo of the full moon rising over the Mohave Mountains in Arizona.

There are many theories about how the moon was formed. The most popular one believes that the moon broke off from the Earth when the Earth was impacted by a large meteor. Other theories include that the Earth captured the moon, that the moon fissioned from Earth or the Earth stole the moon from Venus. The full moon rising over the Mohave Mountains in Arizona reflecting in Lake Havasu.

The moon has a very thin atmosphere, so a layer of dust — or a footprint — can sit undisturbed for centuries. Because of this thin atmosphere surface temperature can vary from 273 degrees F (134 C) to minus 243 F (minus 153 C). 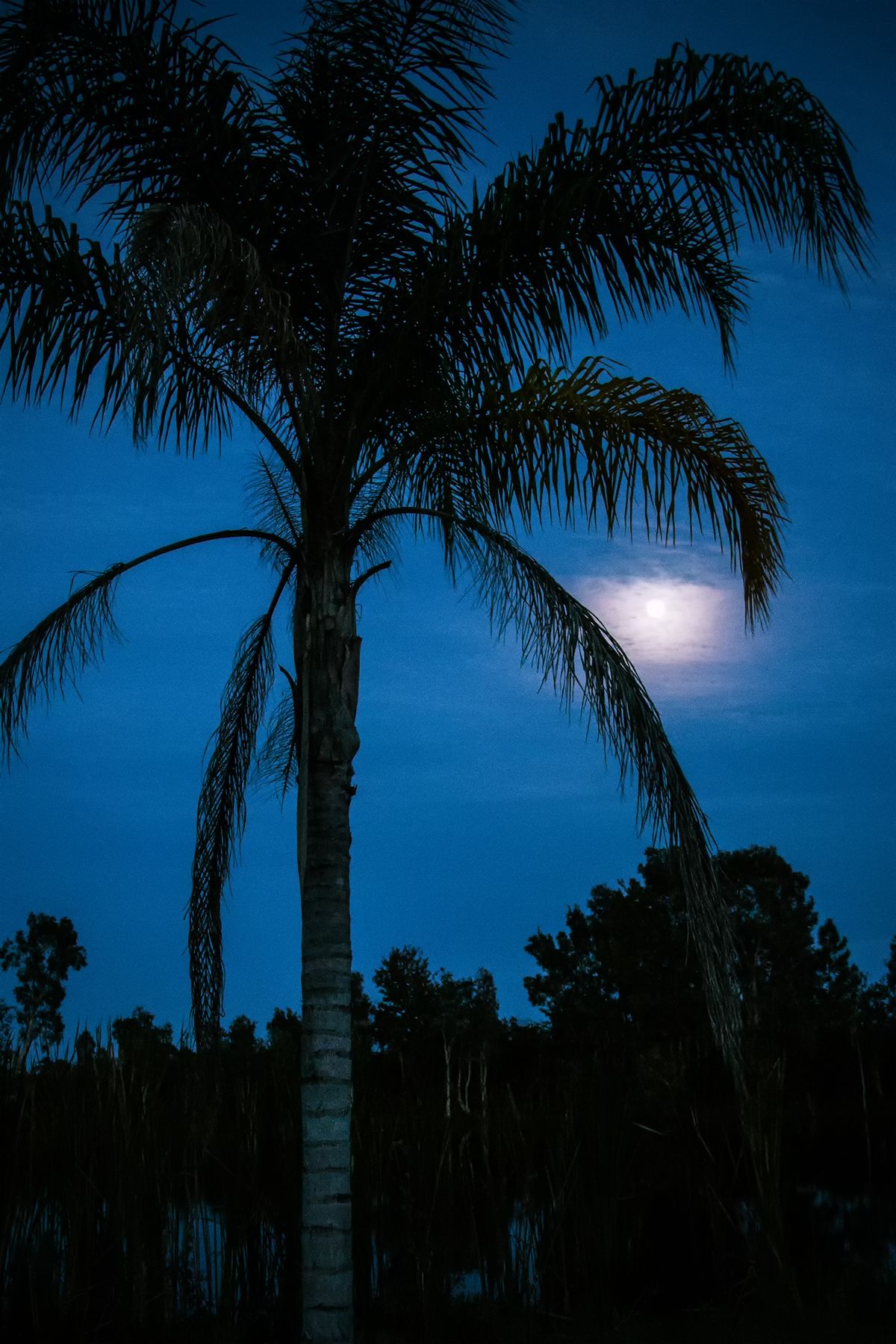 Full moon behind a palm tree in Florida. Full moon behind a tree in Florida. 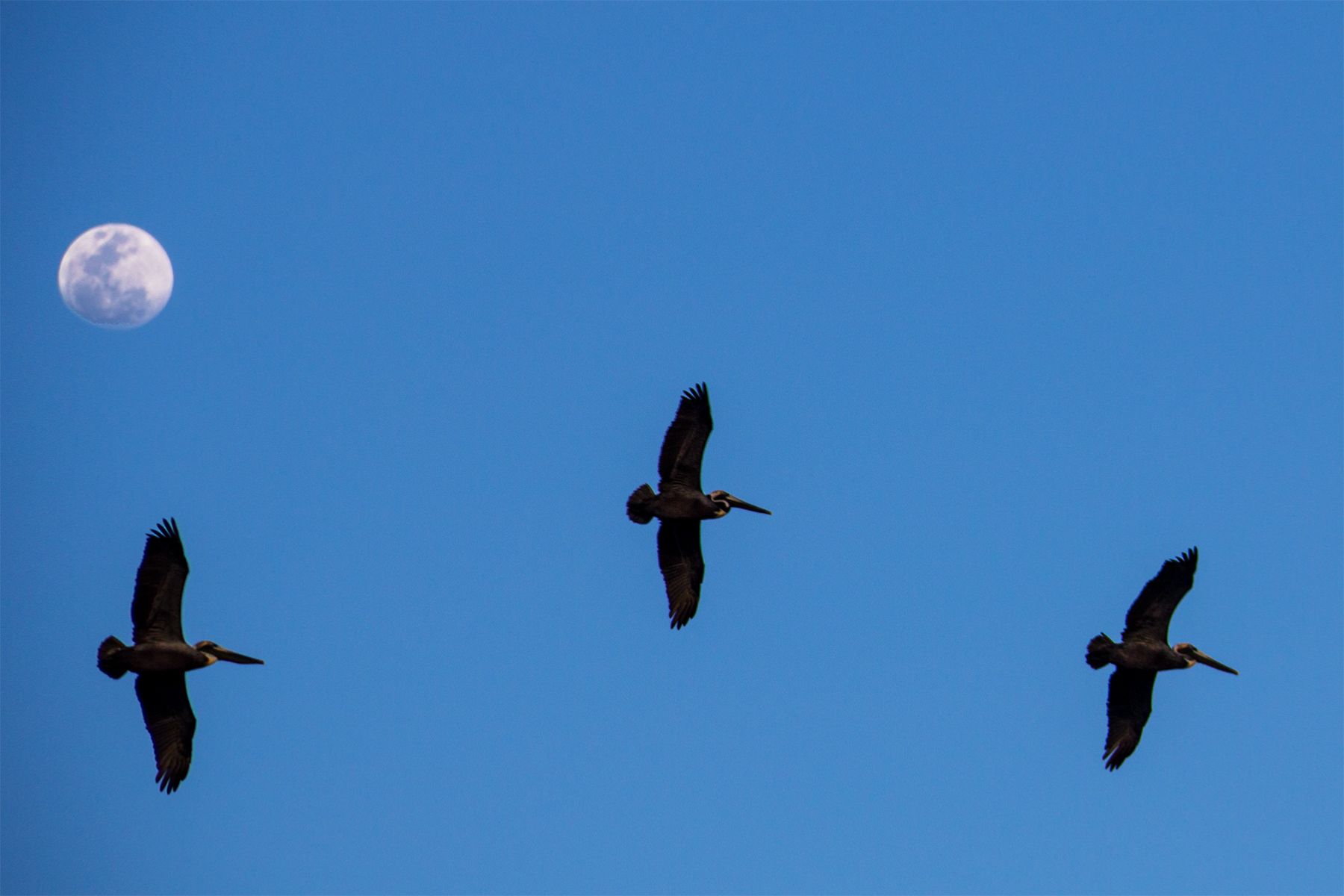 Three pelicans flying by the moon in New Smyrna, Florida.

The moon's gravity tugs at the Earth, causing rises and falls in sea levels known as tides. Tides also occur in lakes, the atmosphere, and within Earth's crust. Also, the moon's gravitational pull may have been key to making Earth a livable planet by moderating the degree of wobble in Earth's axial tilt, which has caused a relatively stable climate where life could flourish. Ring around the moon. Does this mean rain is coming? Orion shows up pretty clearly under the moon.

The pull of the moon is also slowing the Earth's rotation, which is known as tidal braking, it increases the length of an Earth's day by 2.3 milliseconds per century. The energy lost by the Earth is picked up by the moon, increasing its distance from the Earth. The moon gets farther away from Earth by 1.5 inches (3.8 centimeters) each year. 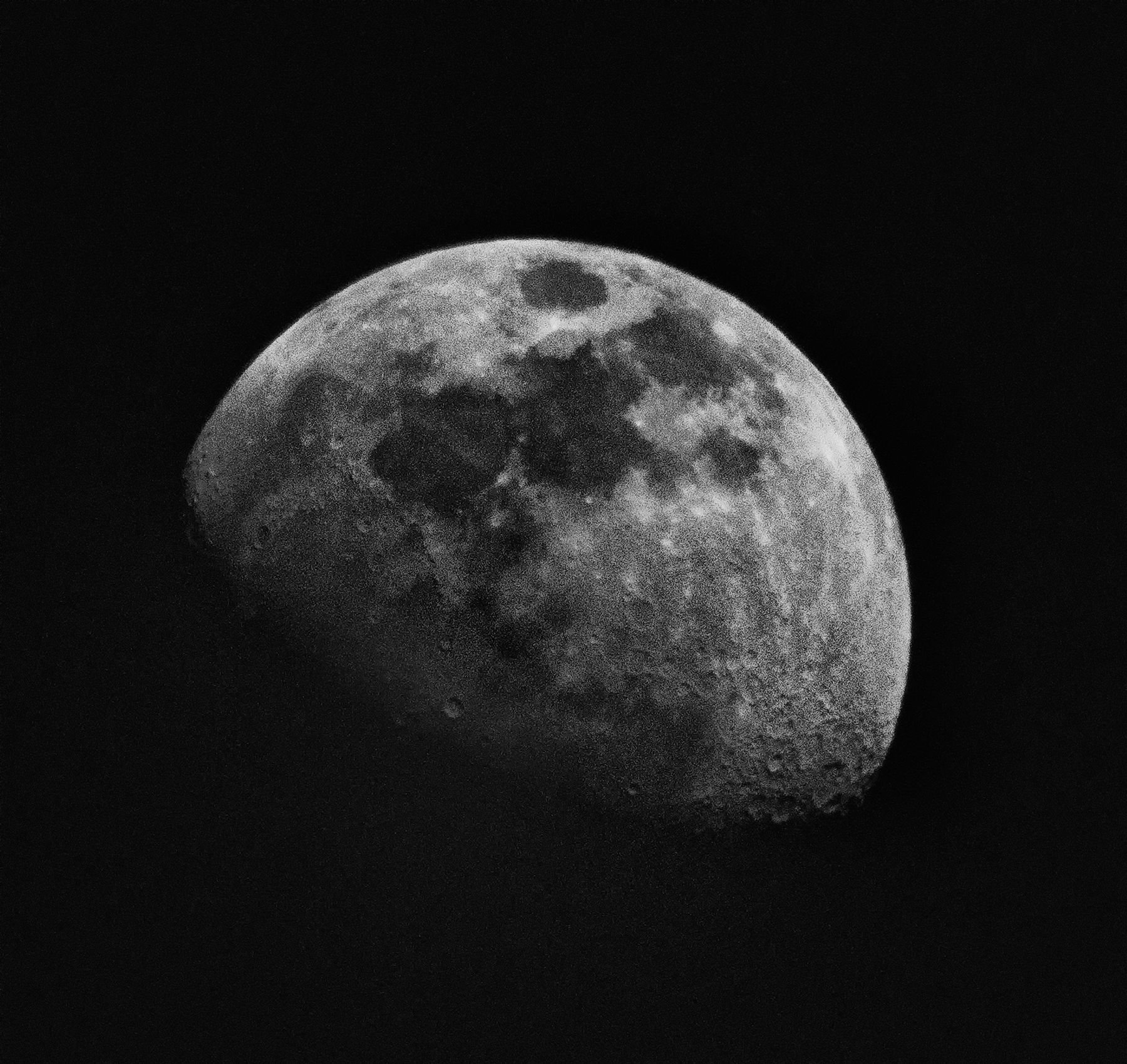 Moon rising over the ocean in Florida.

Fly me to the moon. This moon was in the sky at the time is was watching this Delta IV rocket launch. I needed a little Photoshop magic to get them both in the same scene. Crescent moon on a fluffy pillow of clouds. 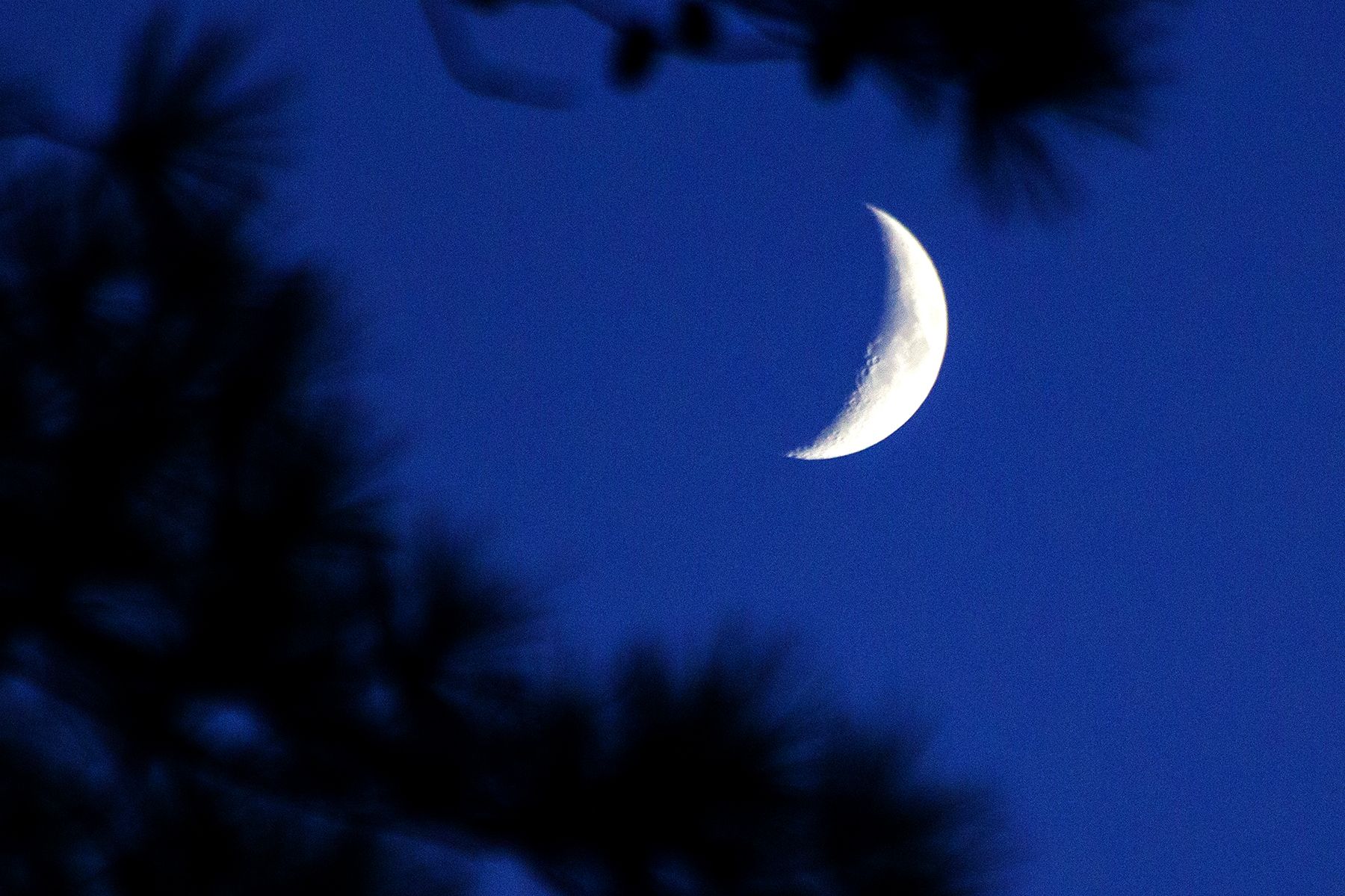 Crescent moon showing through the trees. A jet plane fly past the moon gives it a night cap. 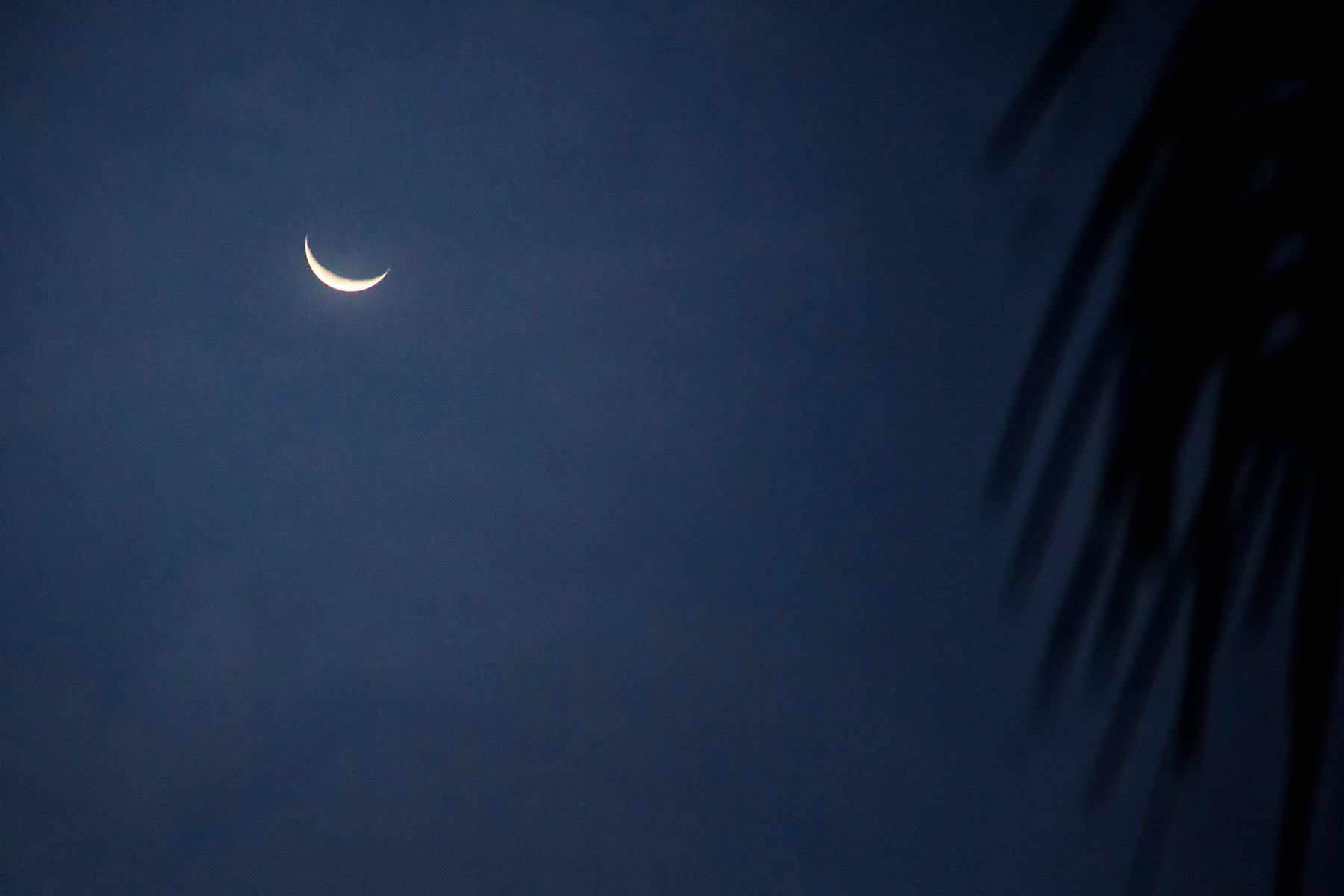 A crescent moon and palm frawns. A crescent moon and Venus in the early evening sky. 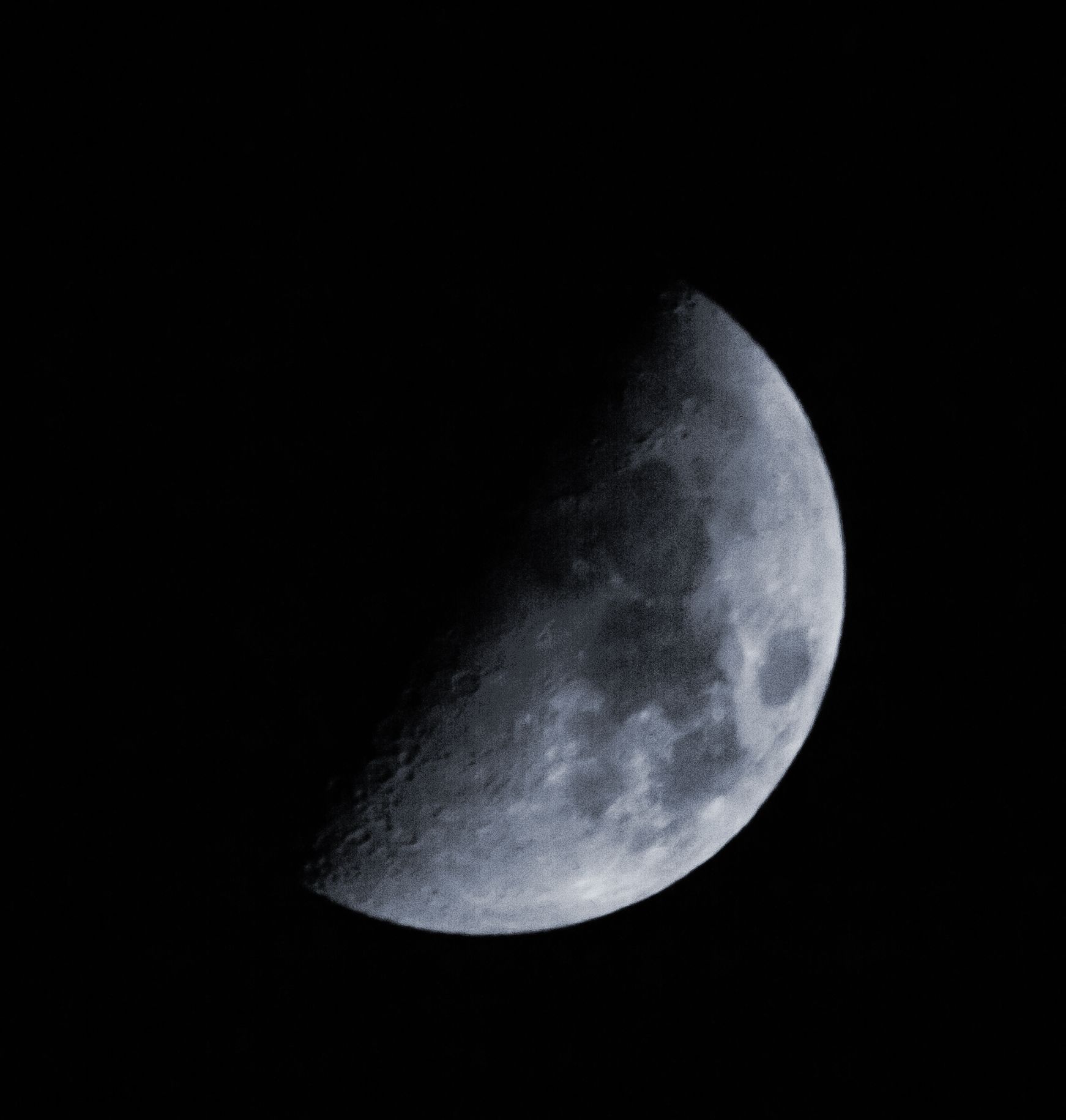 A lunar eclipse occurs when Earth gets directly or almost directly between the sun and the moon, and Earth's shadow falls on the moon. This can only occur during a full moon and the moon, Earth and sun are in a straight line.

I took these photos of the lunar eclipse at Black Meadow Landing in California. 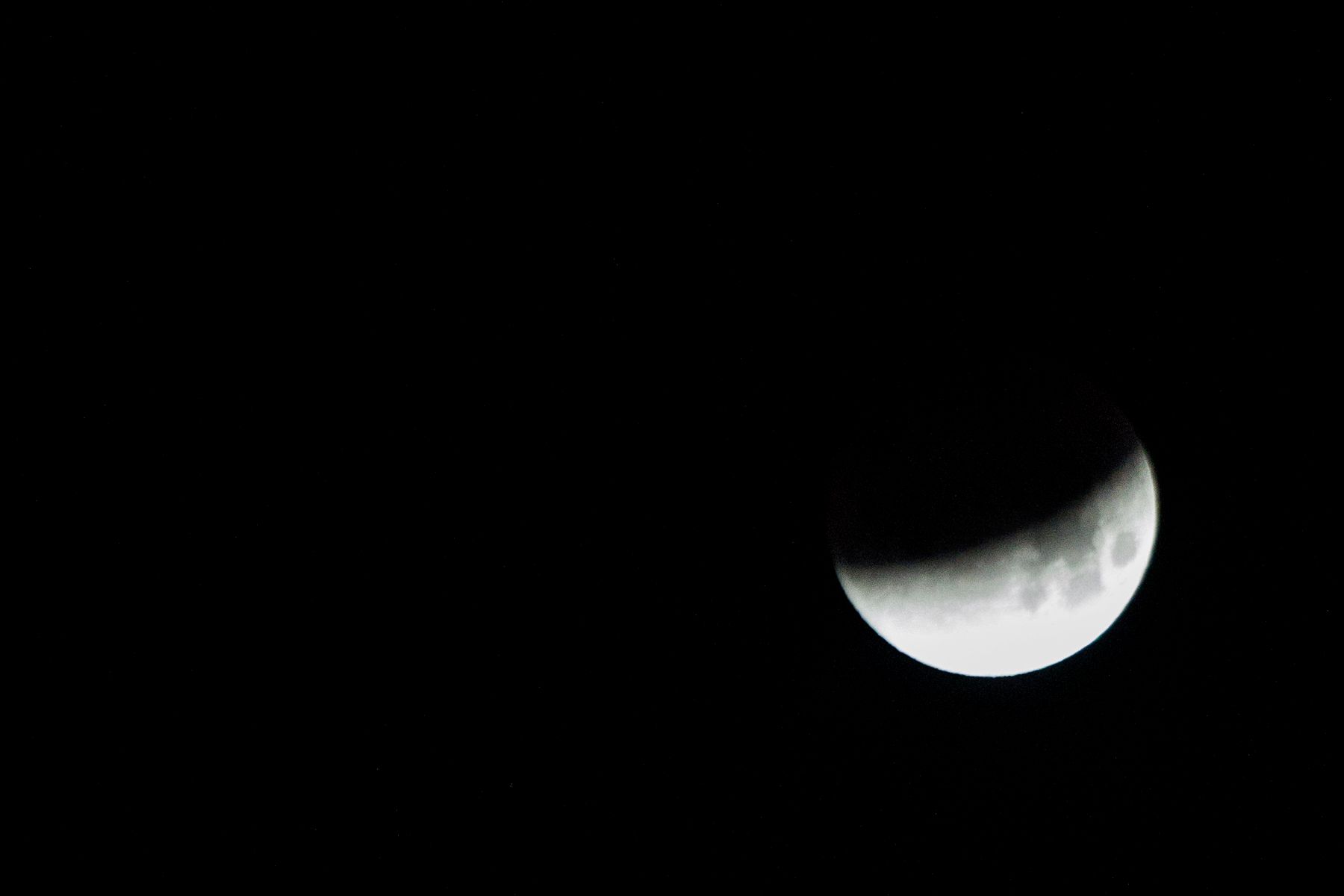 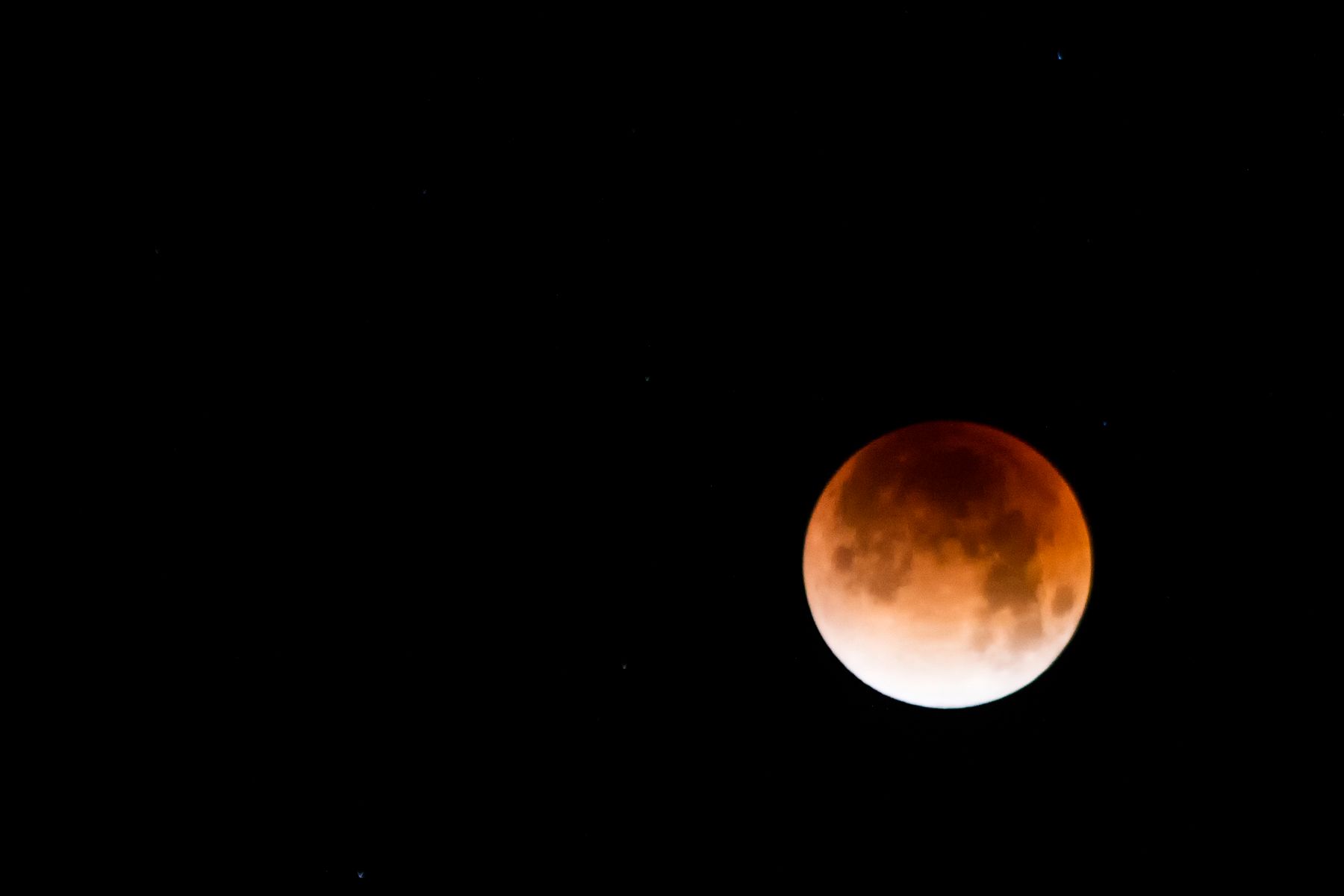 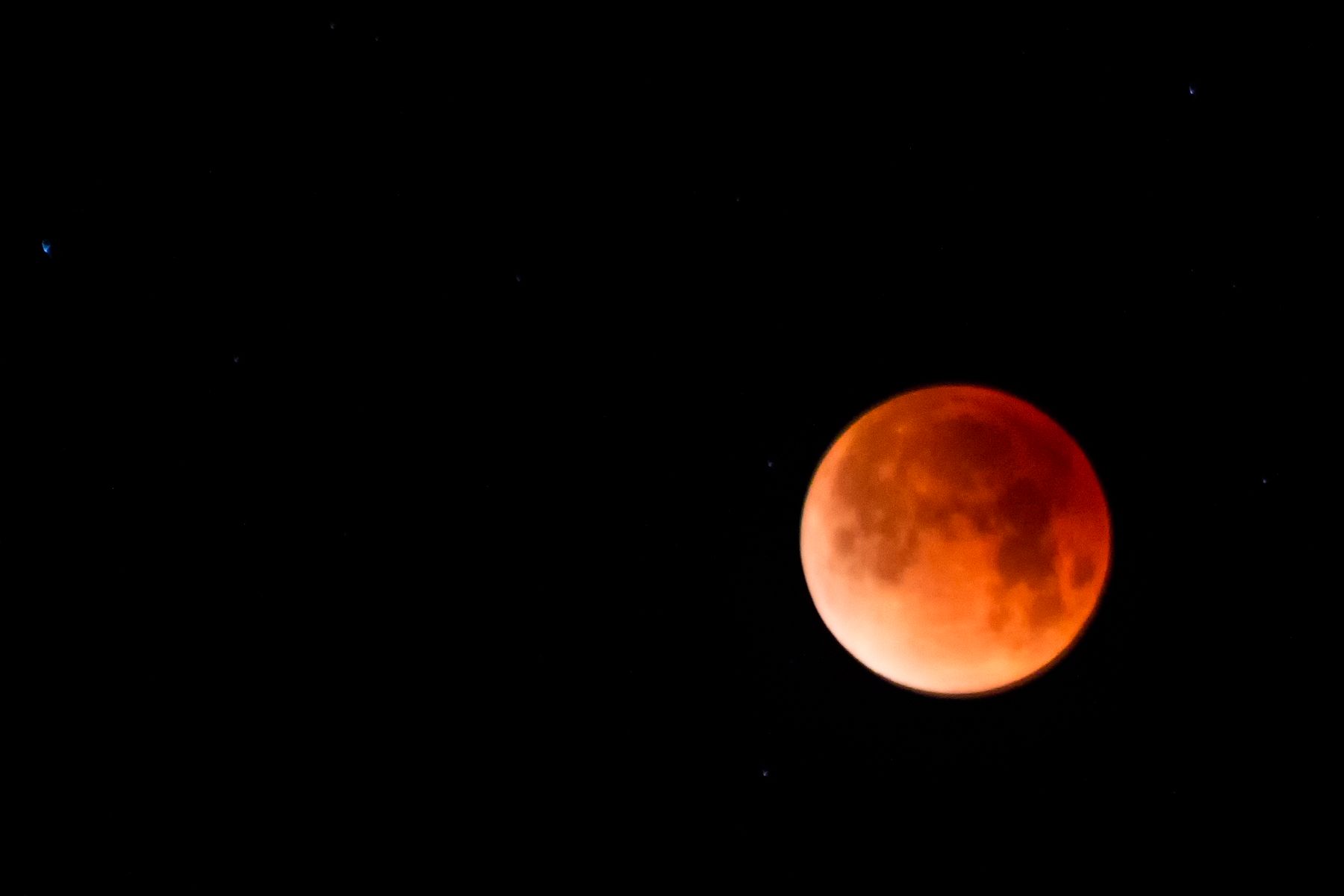 Some of my digital work As you drive your Tesla around the moon, you get a view of the dark side of the moon and the crescent earth in the distance. 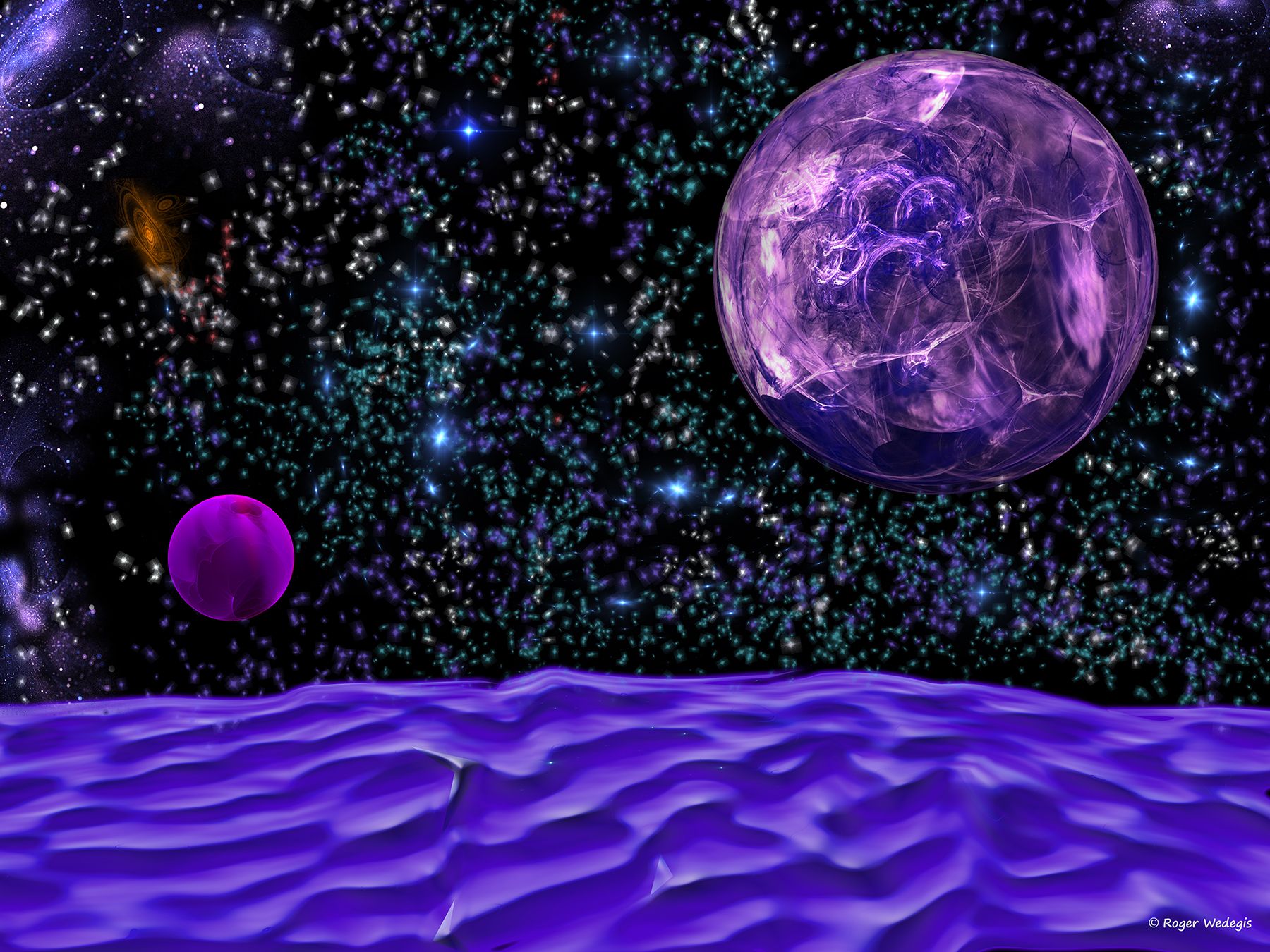 This is a view from the surface of the Blue Moon. This is a blood moon rising over an alien spaceport.

All photos, images and text in my posts are my original work. Fun moon facts from Space.com.

I can't believe I forgot to comment here! I've been singing "Fly me to the Moon.." for 5 days now, driving Brian crazy...only when he gets tired of joining in haha

Thank you Lynn! Keep on singing! Give my best to Brian! Hope all is well!

I've got Sinatra serenading me as I write this reply :)

Brian says hello, but honestly Roger, we've had some tough days. Have a look at my last post and Brian's last two. You will understand what I'm saying here; I wish I had good news to report. That's another reason I have good ol' Frank filling the air here...nothing lifts the spirits like that sweet crooner :) Thank you for reminding me of that!! Hope all is well with you and Sheila!

I am (almost) absolutely speechless, Roger! These are all FRELLING FANTASTIC!!!!!! Now excuse me, I have to scroll back through and stare at the magical mooniness some more!

Thank you so much for your comments and the cool giphy! I really appreciate them!!!

Amazing shot @rwedgis, I am very fascinated by planetary bodies.

Thank you for your comments @abmakko!