The 10 most amazing natural wonders of Italy - Part 1 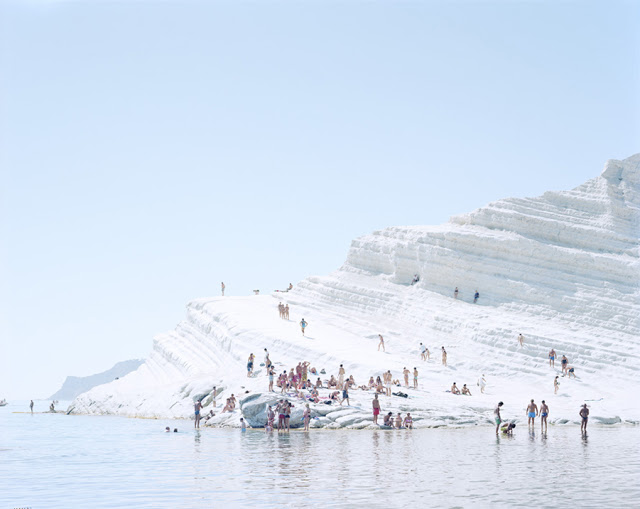 Among the hundreds of memorable places that you will encounter traveling along and off the boot called Italy, there are 10, 100% natives, which I have selected for their uniqueness and the sensations they cause. 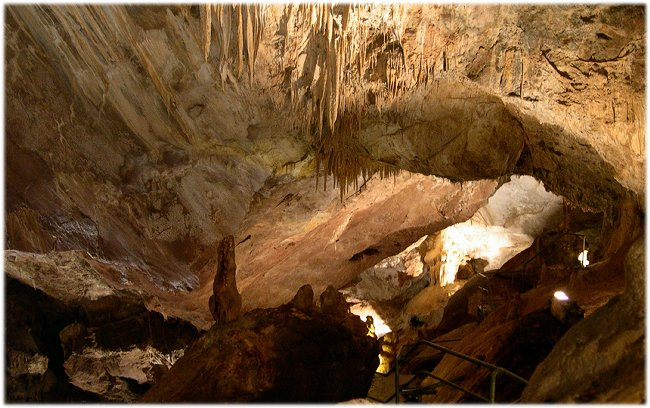 The Bossea Cave is the terminal sector of a large karst system that develops in the Maudagna-Corsaglia between the Prato Nevoso Conch and the Corsaglia torrent, in the municipality of Frabosa Soprana in the province of Cuneo at the quota of 836 mt; Among the most beautiful and important Italian tourist caves for varieties of concretions, big environments and underground lakes.

Very impressive aspects characterize the tourist part of the cavity, creating scenographic effects and an attractiveness environment. The prevailing aspects are the grand dimensions, the vertiginous heights, the overhanging walls, the large carved vaulted ceilings, the cliffs, the edges, and the cyclopick rocks precipitated from above. The Great Waterfall of the Liri Island is formed by the left arm of the river, and is about 27 meters high: one of the few waterfalls to be found in the city's historic center. The valley cascade, formed by the right arm of the river, is less spectacular than the first because its waters are irregular and captured to power an electric power plant. Its jumping is not perfectly vertical, but follows a sloping plane of about 160 meters along a height of about 27 meters with a slope of about 17%.

3. The Salina of Cervia 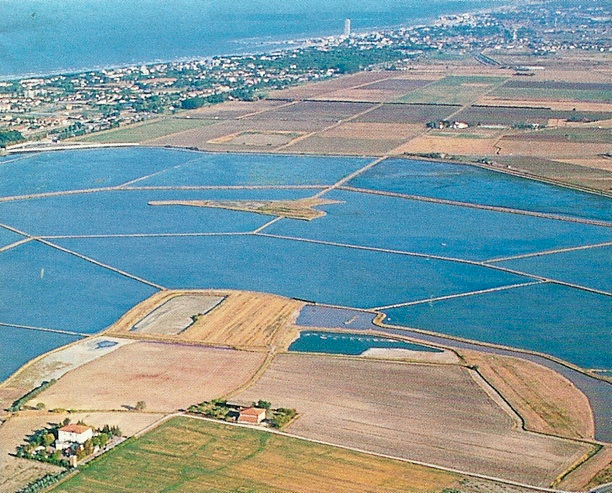 The Salina of Cervia is the northernmost of Italy and extends for 827 hectares, in a natural park, today south of the Po Delta Park and has always been a nature conservation and nesting reserve for many animal and plant species.
The saltwater is a third of the entire extension of the municipality of Cervia and is composted by more than 50 basins, surrounded by a channel of more than 16 kilometers, allowing the Adriatic sea water to enter and exit the saline. Not so far from Syracuse, located near the open quarries, develops the Pantalica rock necropolis, which combines environmental and archaeological significance.
Pantalica was a settlement located on a plateau of the Iblei Mountains where refugees from the coastal strips were forced to flee for the arrival of the Sicilians and Italic populations in the first half of the 13th century BC.

5. Scale of the Turks

A vivid cliff made up of a spur of white marble prominent on the sea, whose layer degrading foams give a very impressive appearance, accentuated in turn by the strong contrasts of colors if one thinks of the blue of the sea and the sky as opposed to the white Blinding rock.

The form that this monument of nature assumes is similar to stairway, where, according to legend, during the Moorish invasions that invaded in the fifteenth century, the Turks (so mistakenly called) landed in the territory of today's Realmonte climbing the stratifications of this cliff.

there is a super-nice restaurant on top of the liri island waterfall..how do I know? I still dream about that pizza. We waited for 2 hours to get a table...

That image of the Scale of the Turks is incredible! I thought it was snow at first. I bet it is breathtaking in real life

I saw only "Scala dei Turchi" cause i'm Sicilian, but i wish i'll see all of these

the photos speak for themselves ... very beautiful must-visit wonders.

this is so beautiful.

Beautiful! This looks like a great place to go!:) Please check my little journey тhe trip that I made soon. I hope you enjoy my photos. @nakedchef89

Congratulations! This post has been upvoted from the communal account, @minnowsupport, by biglio23 from the Minnow Support Project. It's a witness project run by aggroed, ausbitbank, teamsteem, theprophet0, and someguy123. The goal is to help Steemit grow by supporting Minnows and creating a social network. Please find us in the Peace, Abundance, and Liberty Network (PALnet) Discord Channel. It's a completely public and open space to all members of the Steemit community who voluntarily choose to be there.

Ive never beem to Italy but here in my country we have a venice canal like Italy seems that Im at Italy
But those places at your post are really amazing.In every country there are really a lot of amazing places to visit.thanks for sharing this..