A brief introduction in general semantics

Origin and main concepts - general semantics belongs to a general tendency of positivist philosophical teachings. As its philosophical doctrine, the influence of the basic notions of positivism is not measured. On the other hand, general semantics has an extremely important application, especially in the field of mass communication theory and psychology. General semantics is mentioned for the first time in the book by American philosopher Alfred Korjibsky. His book carries the curious title "Science and Health - Introduction to the Neo-Astartelle System and the General Semantics". This book focuses on the main ideas of this philosophical teachings, but their true development is found in the works the philosopher - Stuart Chase . In his work, Korjibsky defines three meanings of the term "semantics": 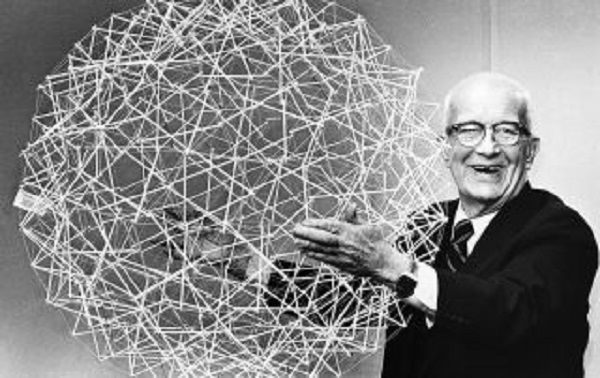 The main task of general semantics as a theoretical philosophical system is to explain the ways for effective use of the nervous system. Korjebski's intention was not to create a specific theory of media manipulation, but to use the appropriate vocabulary to remove the tension in society. Corjebsky calls his theory a "new science for socialism," embracing one of the meanings: socialism as an attempt at a planned change of the world. On the other hand, Korijski thinks that classical socialism places militant methods of changing the world - the use of others such as class struggle, class hatred, exploitation, crisis, etc., create an aggressive mood in society. These concepts can be replaced by others - class collaboration.

The connection between a phenomenon and the language expression behind it resembles the relationship between the real geographic area and the geographical map in which it is depicted expresses the non-cognition in the process of knowledge, expresses the difference between the object of knowledge and the subjective image, but the non-dignity also has an ontological (aspect-related) aspect: there are no two absolutely identical things in the world; Similar, there are similar things. Corjebsky marks 4 non-identity groups:

In moderation, this principle is philosophically trivial, but in its final version expresses an absolute empiricism, in which the individualisations of names are essential. Corribe's real contribution is his critique of the so-called Aristotelian bond. This is the connection with the auxiliary verb "is"; in fact, this connection is only used by Aristotle in its logic, otherwise this type of connection is characteristic of the Indo-European languages. The auxiliary verb "is" implies a non-existent identity between fundamentally different things. The principle of reflexivity - this principle is borrowed by B. Roussel, and more precisely by his theory of logic . according to Russell and his theory of types, each phenomenon is both a completed fact and at the same time part of a more general phenomenon. Corjebsky transmits these conclusions to Russell entirely in the sphere of language. This results in an endless series of reflexive (mediated) connections. The natural languages for languages for things and phenomena, but there is also a language for this natural language. It deals with philological science - grammar. At the same time there is a language for that language, that is the logic of grammatical rules. It is precisely through this principle that Korzibski finds the most widespread application of his theory, pioneering the bold idea of forming a social reality with the help of language. Just as we do not know nature as it is in itself, and the painting drawn by our senses as well as the social reality is unrecognizable in itself. We know it and we accept it as the language gives it to us. All conflicting social problems that arise in society are the result of inappropriately used language. For example, the "divalent" scheme of language is characteristic of totalitarian thinking, where there are no nuances, the world is divided into absolutely good and absolutely evil. Corjebski supports his thesis on social reality in Europe between the two World Wars, when almost the entire continent dominates totalitarian regimes. Contrary to this scheme, it is multi-valent. This scheme allows the nuanced image of social reality, policy itself is determined by the language used, and the language used is the relevant social reality.

The philosophical essence of general semantics - according to the general semantics, the terms we use in natural languages are extreme, conditionally effective; knowledge is always concrete and always refers to single things. This is because the knowing subject is unique, he has a distinct individual value system, and quite naturally perceives things in their unique, unique form. In addition to these characteristics, general semantics brings new insights into the language, that is:

The applied utility of general semantics is immediately perceived by the rapidly developing psychology. The belief that psychic processes can be guided not by physiological impact but by the language that is much more directly acting on thinking is deepened. In the healing practice, group therapy begins, with verbal communication playing the most important role. The scope of general semantics is spread precisely in rhetoric, in political circles, and especially in the mass media.

What a semantic and pragmatic difference?

Thank you for the information. I will learn about linguistics. This is interesting to me

the best way to explain semantics/pragmatics is to simply say pragmatics consider the use in reality and semantics is more theory based... I mean, they both take reality into account, it's just that pragmatics deal with it more. And yes, a great post!

Yes, you explain it very good. Thanks for the comment!

What a useful information ❤
Thanks

Ure welcome, support me with your power :d

This post has received gratitude of 11.83% from @appreciator courtesy of @godflesh!

Thanks for the information/education.

We totally depend on semantics when learning a language. I you can please take a look in my post called: Guess the differences b/w Child L1 acquisition VS Adult L2 acquisition. You may like it.

These two are very interesting area for me:

Any suggestions for further readings on them?
Thank you.