The philosophy of Henri Bergson

Born in 1859 in Paris, Bergson did brilliant high school studies which led him to an exemplary university career. In 1878, received third in the competition of the Ecole Normale Superieure (the first is Jean Jauris), he is admitted in 1881, doctor in 1889, professor at the College of France in 1900. Lá, although criticized by the professors of the Sorbonne he won a considerable success not only from the intellectuals (Gabriel Marcel, Charles Peguy, Charles Blondel), but also from a worldly and cultured public. Member of the Academy of Moral and Political Sciences in 1901, of the French Academy in 1914, doctor of sciences of Oxford in 1909, from 1916, he was entrusted by the government of the Third Republic with diplomatic missions, first in Spain, then in 1917 in the United States, entered the war following his intervention with Wilson he return in 1918 to obtain the constitution of a front of the East. Thus, the philosopher, officer of the Legion of Honor (1902), did not disdain the action in the service of his country. The Nobel Prize in Literature awarded to him in 1928 contributes to making it world famous. But, suffering from paralyzing rheumatism from 1925, he must gradually give up his different functions and it is by fighting against the disease that he is writing the two sources of morality and religion (1932) and the Thought and the moving (1934). In his testament, written in 1937, at the time of the rise of Nazism, the philosopher writes: "My reflections have brought me closer and closer to Catholicism, where I see the complete completion of Judaism. I would have converted if I had not seen the great wave of anti-Semitism about the world being prepared for years. I wanted to remain among those who will be persecuted tomorrow." 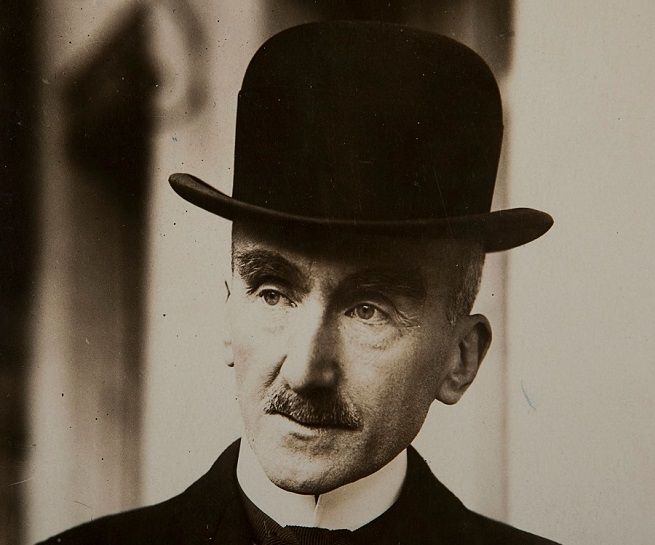 A philosophy of the duration

It is too often forgotten that Bergson began by studying mathematics. So his interest in philosophy is nourished by a reflection on modern mathematics and physics, as evidenced by his conception of "durability" rooted in the scientific analysis of the notion of time. In his doctoral thesis, Essay on the Immediate Data of Consciousness (1889), Bergson opposes the positivist current for which human and social phenomena are subjected to a determinism as absolute as that which reigns the facts of the physical world. Psychic life, far from being reduced to the laws of physics and to a quantitative treatment, is of another order, that of the spiritual and not of the corporeal, the qualitative, not the quantitative, the lived duration, given immediately by the time of physics is an abstract time which possesses all the characters of space: juxtaposition, divisibility, reversibility, and without duration. On the contrary, concrete, real time is the duration, continuous, indivisible and unmeasurable. It is a qualitative time, of spiritual essence.

Bergson's philosophy is profoundly dualistic, as evidenced by the title Matter and Memory (1896), which rejects materialistic monism and opposes the integrity of consciousness to the externality of science, spirit to matter. Consciousness is liberty, its interior time is unpredictable, the time of the "deep self", opposed to the "superficial self" subject to the automatisms of habit and conventions. "We are free," said Bergson, "when our actions emanate from our whole personality, when they express it." Our inner life is also memorable. Bergson distinguishes two of them: the "memory-habit", the memory of the body, made of automatisms and mechanisms, the utility of which is to adapt our reaction to the environment; the "pure memory", spiritual, which is the consciousness itself, detached from any desire to act: the past survives in it in an indistinct mass of memories.

The distinction between the two memoirs answers the opposition between action and knowledge, to which correspond intelligence and intuition. Powerless to let us know the reality and continuity of becoming, the intelligence is active, "faculty of making tools to make tools" (the creative evolution, 1906), not contemplative. It is to men what instinct is to animals: a form of adaptation to reality. Simply, man has tools more powerful than those of animals: the language, which operates rigid classifications, the words being only "labels on things"; science, which makes it possible to plan and organize action by applying methods of calculation and measurement to the subject. Only intuition goes to the heart of the real and allows to know the real time that is the internal duration. It is "the direct knowledge of the spirit by the mind" beyond the mediation of language incapable of grasping the "fundamental self".

Intuition is also the knowledge of the duration of the universe and the great breath of life. Such is the teaching of the Creative Evolution (1906). It is not only the consciousness that lasts, the material world also has its own duration, which can be seen by considering the time that a piece of sugar melts in a glass of water. It is not only quantitative time, spatialized, measurable, it is also my own internal duration while I wait for the sugar to melt. The duration thus constitutes the substance of our being and everything. Its spiritual essence makes Bergsonian philosophy "pan-spiritualism." But it will also be said that it is vitalistic, in the sense that, basically, it is the life that lasts: "Wherever something lives, there is, open somewhere, a register where time is inscribed. "But life can not be understood in physicochemical terms, and Bergson will at once accuse Darwin's mechanism and Leibniz's finalism in that In other words, intuition seizes the vital plane which pushes matter to evolution and expresses itself in the spiritual energy of man. Life is a creative movement and an effort to go back up the slope that descends the material.

We find the biological dynamism of the vital plane in Bergson's theses on moral and religious phenomena. Just as there is in the individual consciousness a deep self and a superficial self, in the living bodies, a creator planet and an organization determined at the level of species, likewise there are two morals and two religions. Bergson uses "dynamic / static" or "open / closed" opposition. Is closed or static any system locked in rigid rules (the Kantian morality, the pure observance of the religious rituals), habits produced by the society. It is open or dynamic what expresses a spiritual plane: the open morality of the saint and heroes who invent new behaviors and push forward humanity, the dynamic religion of the great mystics who transports the soul beyond itself. Even though it offers an immediate seizure of the Divine and of God, Bergson's philosophy is anti-intellectualist and leads to mysticism, and hence to the most contemporary preoccupations.

You got a 7.39% upvote from @postpromoter courtesy of @daydreaming!

very inspirational, I'm glad to learn about he.

Congratulations @daydreaming, this post is the eighth most rewarded post (based on pending payouts) in the last 12 hours written by a Newbie account holder (accounts that hold between 0.01 and 0.1 Mega Vests). The total number of posts by newbie account holders during this period was 3701 and the total pending payments to posts in this category was $2122.40. To see the full list of highest paid posts across all accounts categories, click here.

It surprised me that, being a Hebrew, he was interested in the mysticism of Saint John of La Cruz and Teresa de Avila, saints of Christianity and in them proving the existence of a pure spirituality and the existence of a divine being.