First, we want to thank everyone who participated and supported our first ever contest. Through this contest, all earnings will go to our future community works. We were pleasantly surprised when a lot of people participated the contest. We couldn’t have done the contest without their help!

The first riddle was "Upon arriving on the coffee shop, two fathers and two sons asked the waiter a table for three. Why did they ask for three?" but have you noticed the RULES?

Ops. I know some of you were excited to scroll down and answer the riddle but we already informed you on the first part of the post

Now, if you participated the contest, are you guilty in scrolling down and not reading the rules? Or are you confident in writing your comment because you read the rules? 😂😂

Before we go to our contest proper. Let me announce the WINNERs for Daily Contest:Riddle Game #1 (1SBD/1Steem for grab)

They just enter the coffee shop, because the one child need to poop.
so the three is waiting inside the child to finish ?? :D
@iamkrystela

because one of the two son we're baby 😅 and don't want coffee.. He want Milk 😂
@keybordjp

One father from the two pairs doesn't need a chair since he's too lazy to walk and brought with him a wheelchair instead. Ba-dum-Tss hahaha
@vien32

They want a table for three because they're part of a Networking Company. Hahaha. They will be having a client for them to invite. Haha. This coffee shop is in Starbucks and their client is a freshman in a University. Hahahaha
@tentalavera

I think @jennybeans give the right explanation and I think its a right answer. But I observe this is Joke answer is needed so here is mine...
They only ask 3 because The two fathers are actually SAMESEX COUPLE and luckily Adopted a CONJOINED TWIN! hahahaha.. let's assume only one of the twin can intake food....
@febradaytamarra 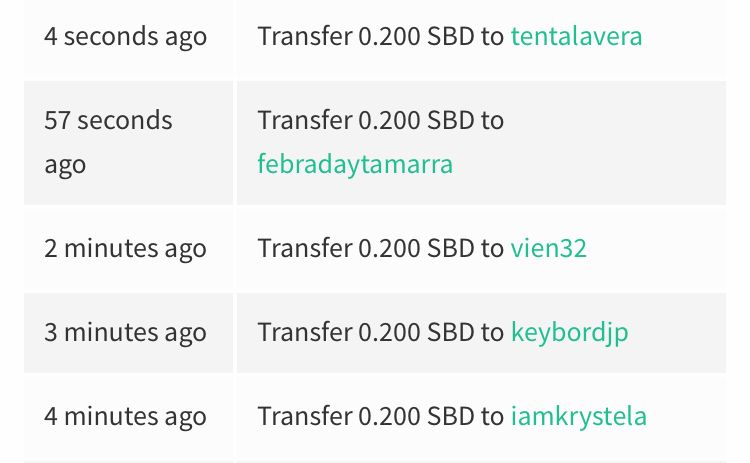 ARE YOU EXCITED FOR THE NEXT RIDDLE GAME?
SO LET'S START!

Prize:
1SBD/1STEEM for the winner.
if 2 or more winners, we will split the prize, so it will be fair to all the contestants.

Rules:
Upvote and Resteem this post so more people can join this contest.
Answers: Strictly English/Tagalog only.
One (1) comment per contestant only.
We will choose the Best Joke Answer.

Announcement of The Winner
The winner of the said contest today will be revealed the following day together with the new riddle. "What is at the end of a rainbow!"

Goodluck to all of the participants!
We are now accepting donations! The donations will be added to the prize pool. You will get a special mention in the contest. Just send SBD/Steem to @sfp-ilocosnorte with "Donation to Daily Contest: Riddle Game" on the memo.

Please follow them and Comment/Resteem/Upvote their posts to show gratitude.
You can also check @sydejokes Daily Steemit Faucet post to get an SBD reward.

GOODLUCK AND HAVE FUN!!!

Only The leprechaun Knows

First of all this is not a question cause its ending on (!) lol
if this is a question this will end with (?)

What is at the end of a rainbow!

What is at the end of a rainbow!"

Lol it a bow like a cow to moo

A unicorn!!! Both ends has a unicorn trying to contact each other :D

The end of the rainbow consists of signals caused by the Power Rangers trying to communicate at each other on both ends. Hahaha. Each color represents the color of the corresponding Power Ranger. 😂😂

"What is at the end of a rainbow!"

This is easy !! Ofcourse “W” it’s the last letter in the rainbow thus it’s the end 😂that is the correct answer right ? But lola said you can find pot of shit at the end of it coz the unicorn suffers from diarrhea! It has different color because it ate candies isu nga agtakki

A pot of gold

Is it rainbow at the Philippines?😂

at the end of it, just a POT no more GOLD.

Congratulations @sfp-ilocosnorte! You have completed some achievement on Steemit and have been rewarded with new badge(s) :

At the end of rainbow is the house of two fathers and two sons..😂😂😂☕️☕️☕️

Hahaha. Applause, the end of the rain-bow is "applause". The rain-bow already. So it's done already. It was called rainbow, because whenever rain ends it bows as a sign of no more "for the moment". It is a fact :) try to read about rains. Tribia there are 2 kinds of rain. The wet and dry. :)

At the end of the rainbow is a group of gay & lesbian people rallying for equal rights! :)

At the end of the rainbow is the leprechauns pot... like his toilet. Leprechauns gotta poop too!

Thank po, @sf-ilocosnorte, I dont expect that I won the Previous one,,
For this one,
In the end of the rainbow, there is a'Resto Bar, In which many dwarf are celebrating since, they survive from the rain. And the lights create the Rainbow. hahahaha

At the end of rainbow is a bunch of short drunk unconscious men wearing green shorts and holding empty cans of spray paint and beer. (They we’re supposed to have some gold as well but I heard that’s how they got the paint and beer.)