Over time, the permanent population of the area has acquired its traditions, culture and philosophy, which have been expressed through politics in substance. It targeted (among other things) an economy that was subordinated to finance. In recent decades, finance and its subordinate economy have eroded the primacy of politics. Today, politics is merely the technology of convincing people of the leading role of finance, the sole purpose of which is to absorb wealth. Funders need and therefore seek support from the masses of people -through politics- so that no one will resist to them. Politics, with a range of shallow methods of party and civil society discourse, diverts attention from the mechanisms of financialisation and marketing of the whole society. Policy demands for change are futile because the policy cannot provide them. That this was the case, could have long been drawn from international treaties, resolutions and other international normative acts. Even today, the masses, largely due to media and other manipulations, believe in the effectiveness of democracy in political confrontations and do not perceive that these are merely the sceneries, behind which the financial totalitarianism of financial capital is realized. However, since this is an unbalanced system, it will sooner or later collapse in the direction of a new equilibrium. The high cost of transition will be paid by us. The people. 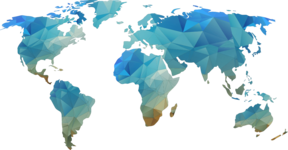