Beaten by Brighton (0-1) in opening the 37th day of the Premier League, Manchester United is not yet assured of finishing in second place. A poor performance that did not please Jose Mourinho, the Portuguese technician still attacking his players. 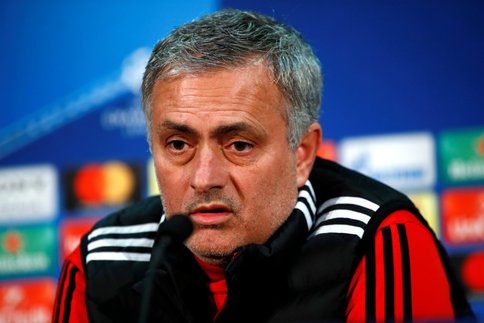 Manchester United seems better against the big ones. After two wins over Tottenham (2-1) and Arsenal (2-1), the Red Devils dropped Friday night in opening the 37th day of the Premier League. On the pitch of the AMEX Stadium, Jose Mourinho's players were surprised by a Gross performance (57th), enough to give the victory to Brighton, now 11th. And as often after a bad result, the Portuguese coach has attacked his players. Private Romelu Lukaku and Alexis Sanchez, the "Special One" had to innovate by titling Juan Mata, Marcus Rashford and Anthony Martial. Choices not really paying.

We are probably not as good individually as people think.

"It was not good enough, because the players who replaced the others did not play at a good level, and when the players are not performing, it's hard for the team to play well. Maybe now you understand why some players play more than others and will not ask me all the time why A, B or C does not play more, "said the former coach of Chelsea after the meeting, relays Sky Sports. Jose Mourinho clearly made reference to his choice to start every time Romelu Lukaku, the Belgian international having played 30 matches in the championship in full. Yes @edi93 I agree with you, I too love his job he is a genius in football.

He seems to have totally lost it.

Thanks for sharing this news . i was missing this game.

You just said "thanks for sharing" and in your your last 100 comments you used 61 phrases considered to be spam and you made this exact same comment 1 times. You've received 0 flags and you may see more on comments like these. These comments are the reason why your Steem Sincerity API classification scores are Spam: 78.00% and Bot: 1.70%

Football is the most expirence game and most watch game ever,so it is full of drama and differences boss @redouanemez, it lovely to always see your post..

Mourinho is not growing well as a manager, he should stop the blame game and get into the serious business, the problem i perceive in the Manchester United team is, they don't place as a team in most instances.