The case of Tezos may become the first civil case related to the ICO. 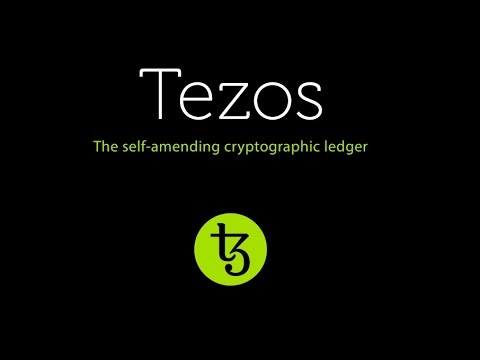 The lawsuit was filed in the Supreme Court of San Francisco on behalf of Andrew Baker, who invested one bitcoin. In July 2017 the crypto currency was estimated at about $ 2.8 thousand. He received five thousand Tezzies, Tezos own currency.

According to Baker, he invested in the project, because Tezos promised to complete the creation of a smart contact platform no later than December 2017. However, in October the founders of the project stated that the platform would not be established until February 2018.

Baker's lawyer argues that the statements of the defendants about the timing of the development of Tezos were deliberately false. He believes that the management of Tezos has violated US law, since the US Securities and Exchange Commission equates tokens issued for ICO to securities. The Tezos croudfinding project attracted a record $ 232 million investment in July 2017. Investors invested in the project funds in bitcoin and ethereum, so today Tezos money can be estimated at about $ 475 million.

In October, co-founders Tezos Arthur and Kathleen Breitman and the head of the fund, which controls the collected investments, Johann Gevers accused each other of trying to seize control of the project. On October 22, the law firm Block & Leviton LLP launched an official investigation on behalf of Tezos investors.

I'm glad some ICO scammers are being brought to justice. An American was just arrested for an ICO related crime: https://www.coindesk.com/us-government-arrests-charges-alleged-ico-fraudster/ img credz: pixabay.com
Nice, you got a 25.0% @peaceandlove upgoat, thanks to @xeo
Want a boost? Minnowbooster's got your back!

The @OriginalWorks bot has determined this post by @xeo to be original material and upvoted(1.5%) it!

Thanks For Your Good Info.

This post has received a 8.20 % upvote from @buildawhale thanks to: @prosto. Send at least 1 SBD to @buildawhale with a post link in the memo field for a portion of the next vote.

Congratulations @xeo, this post is the seventh most rewarded post (based on pending payouts) in the last 12 hours written by a User account holder (accounts that hold between 0.1 and 1.0 Mega Vests). The total number of posts by User account holders during this period was 2452 and the total pending payments to posts in this category was $2419.28. To see the full list of highest paid posts across all accounts categories, click here.

Congratulations @xeo! You have completed some achievement on Steemit and have been rewarded with new badge(s) :