This week, President Donald Trump's Attorney General, Jeff Sessions turned back all the progress made in the war on drugs and began a federal attack on states' rights by rescinding a policy that allowed states to make up their own minds on cannabis legalization. This move will inevitably lead to more crime, put more cops in danger, fill more prisons, oppress more people, and bolster the police state in general.

When the federal government interferes with states' rights by kidnapping, caging, and killing people over a plant their citizens agreed to legalize—this is not freedom—it is tyranny. What's more, promising to attack peaceful people for choosing to ingest a plant that can treat illness, cure addiction, and simply make people happy is the complete opposite of #MAGA.

Coincidentally, prior to being elected president, Trump was outspoken about this very issue and promised to stop any AG he appointed if they attempted to do exactly what Jeff Sessions did on Thursday.

In the interview below Trump says he'd never let his AG reinstate the federal ban on marijuana because "it's up to the states," said Trump. "I think it should be up to the states. Absolutely."

Trump says in this video that he’d never let his pick for Attorney General ban recreational marijuana, says it should be up to the states. Maybe he should tell Jeff Sessions this. pic.twitter.com/2ApgycbVzu

Judging by his silence on Sessions' tyrannical move yesterday, though, it appears that Trump couldn't care less about the rights of states.

This should come as no surprise as in February of last year, then-White House Press Secretary Sean Spicer told us all that this would happen.

When asked about the rollback of Obama administration rules on bathroom and locker room access for transgender kids in schools, Spicer said,

Incredibly, during the same briefing, Spicer signaled the Justice Department was looking at “greater enforcement” of federal laws against sales of recreational marijuana, setting up this showdown that we are now witnessing.

The good news is, however, that his support base is calling him out for it and noting that such a tyrannical move by the AG will never #MAGA.

@realDonaldTrump it's time to fire sessions. His old out dated thinking has already damaged the presidency now he is trying to renew the expensive and failed war against cannabis. #firesessions #draintheswamp #maga #staterights

Your faithful Attorney General is going to turn me into a Democrat! Fire Jeff Sessions and do us all a favor @realDonaldTrump

This republican stands with recreational marijuana.

Jeff Sessions needs to focus on the real crimes.

Even FOX Business' Lou Dobbs pointed out the hypocrisy of the AG going after peaceful pot smokers while ignoring the high-level corruption that is rife throughout Washington.

"Jeff Sessions is more concerned with upsetting potheads than defending this president and this nation from deep state subversion," said Dobbs.

Going further, representatives Mark Meadows and Jim Jordan of the Freedom Caucus released a statement yesterday calling for Sessions to go, noting, "It would appear [Sessions] has no control at all of the premier law enforcement agency in the world."

Sessions Must Go- AG Sessions must step down after failing to uphold his duties to @realDonaldTrump, our justice system and the American people. @POTUS #MAGA #TrumpTrain #DTS #Dobbs pic.twitter.com/gBkI7deqUK

Sadly, Dobbs is right. When the Attorney General is more concerned about arresting innocent people for possessing a plant than he is with going after people in the shadow government who are manipulating issues behind the scenes for personal gain, he is, at best, a failure at his job or, more likely than not, complicit in that very shadow government.

What's more, there is a massive human trafficking problem in the United States—one that Trump promised to shut down—and yet, the Department of Just is more concerned with a plant.

Trump's supporters have had enough. And now they are calling on @POTUS to get rid of this deep state agent who is a threat to the freedom of all Americans.

@POTUS ITS TIME TO FIRE PATHETIC FAILURE&OUT OF TOUCH EMBARRASSMENT @jeffsessions !
Sessions is your biggest mistake
Until Sessions is fired, #MAGA is NOT possible
YOUR SUPPORTERS DEMAND AN AG W/STRENGTH&STAMINA#LockHerUp #DrainTheSwamp #FireSessions #SessionsMustGo

.@realDonaldTrump
Mr. President.... I'm begging you.. with tears in MY eyes. FIRE JEFF THE MORON SESSIONS! He's not helping us #MAGA and his "Reefer Madness" mentality is going to alienate MANY in your base. He NEEDS TO GO.

Way to go. @jeffsessions Nothing like taking the focus off #MAGA @POTUS @realDonaldTrump time to fire Jeff Sessions. His brain is lost in Reefer Madness. https://t.co/JG4vr7Zgan

It is time for @realDonaldTrump to fire Jeff Sessions.

He is no longer useful or relevant. Stop the war on state rights. #maga #marijuana

This move by Trump's supporters to finally disagree on such a large scale with one of his policies is seemingly unprecedented. It is also transcending party lines and uniting America against the tyranny of the drug war.

On the issue of cannabis and states' rights, the left sounds just like the right.

"We will not be bullied by an administration that seems obsessed with dismantling things that are actually working," said Seattle Mayor Jenny Durkan.

In Colorado, U.S. Attorney Bob Troyer said his office won't change its approach to prosecuting marijuana crimes. The state's Republican Sen. Cory Gardner threatened to block President Trump's Department of Justice nominations if Sessions refuses to back down, according to CBS.

Amazingly enough, the power of cannabis and the futile and despotic enforcement of its prohibition have bridged the divide—albeit a small portion of it—between the left and the right.

Every pot head whether Democrats or Republicans, East Coast, West Coast, North, and South will not allow Jeff Sessions to take their pot away. Who would have thought it would take pot for people in the United States to come together in unity against Jeff Sessions?

When people come together on issues that add to the liberty of all Americans, it appears society may have a chance after all. Now, if we can only get Jeff Sessions—after he's fired—to smoke some of this plant he hates so much.

The only thing I can hope is that the backlash is so strong that our Congressmen actually do something to change the federal law. In plenty of states you can still end up in jail just for having a bag of cannabis on you and our prisons are full because of it. Time to end prohibition for good! Resteemed.

I agree, the time is NOW! Thank you!

It's time that the states (and the people residing in them) begin to work towards nullification of these extra-consitutional and oppressive federal laws. Since the states created the federal government they should be determining the extent of federal power in all cases. 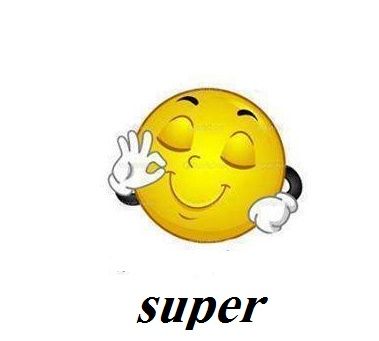 I'm all for anything that will unite us ❤

Jeff Session focus on real crime.. WTF are they trying to incite. Are the courts losing money cause of legalization of a plant? Not enough citizens paying monthly court dues for .5 gram of flower. Are judges losing their nice cushion.

yup, real crime doesn't pay with civil asset forfeiture. real crime takes time to investigate. Why do that when you can send in a dog to find a plant and charge the person who has it $1,000 for their freedom back.

I truly wonder if this is some total distraction from what the DOJ is HOPEFULLY doing underneath it all, and that's draining the swamp or if he really wants to incriminate half the nation.. but man it feels like he hasn't done shit to help drain the swamp.. ARGH!

Congratulations @tftproject, this post is the ninth most rewarded post (based on pending payouts) in the last 12 hours written by a Superuser account holder (accounts that hold between 1 and 10 Mega Vests). The total number of posts by Superuser account holders during this period was 1654 and the total pending payments to posts in this category was $23605.34. To see the full list of highest paid posts across all accounts categories, click here.

Never going to work. Not sure what else this guy does in his position besides answer to congress about bullshit Russian collusion,however; he is blowing smoke, HA. If Sessions tries anything I think Trump will fire him, the money from legal weed is too good and most accept it.

He did it. It IS working. But watching the resistance from both the left and right makes me optimistic that he will fail at cracking down. I'm fairly certain some of these states would secede just to keep the tax revenue flowing from legal weed.

I just cant see it being successful for him. I dare the states who have made this legal by will of the people to meet any feds with resistance. I dont see the feds getting away with making us step down.

Lawsuits would spring up!!

It would be great if Americans could actually overcome their divided and conquered status to unite on this one nearly universally accepted issue that pits freedom against tyranny. It is because of this potential of the matter to unite Americans that I expect them to be dithered and harassed via other issues until such unity is impossible.

That's what serves the interests of deep state profiteers, and what seems likeliest to me.

The power of cannabis is strong. :)

I am very glad to to know the info. Thanks

🤖💬 This post has received a 10.00 % upvote from @iseekush sponsored by @netgodbeerus

Help Grow the Steemit Cannabis Community with Automated Cannabis Curation - Send Steem/SBD to @iSeekush with a link to your 420 Steemit post in the MEMO and watch the magic happen! 🤖💬 This post has been Boosted with a 11.11 % upvote from @cannabiscurator Plugged in by @netgodbeerus

Help Grow the Steemit Cannabis Community with Automated Cannabis Curation - Send Steem/SBD to @Cannabiscurator with a link to your 420 Steemit post in the MEMO and watch the magic happen!

Money is why they made it illegal in the first place, against the will of most doctors at the time, since there were literally dozens, if not hundreds, of cannabis-based prescription medicines in the U.S. Pharmacopeiea.

Big money donors wanted cannabis made illegal, primarily from the lumber, cotton and budding pharmaceutical industries, and they've made $$ Billions ever since.

They stand to lose big time when cannabis is made legal on the federal level, which is why, with our current corrupt administration in place, I won't be holding my breath for it to happen any time soon

Sessions is the least of the problem.

They've already proven hands down that money is ALL they care about.

The Endocannabinoid System in the human body that was discovered in the 1980s could be what unravels Big Pharma. We are seeing so many positive outcomes from CBD oil treatments in patients of all ages, with a huge range of illnesses. I just posted a blog about this.

If this move by Attorney General Jeff Sessions doesn't wake people up to the agenda to supress this sacred plant, I don't know what will.
Great blog post, I just followed you ☺