Hi, my Steemit colleagues on hobby !!!

Today is the #NeedleworkMonday!!! A couple of months ago we moved to another city. It is a small town in the south of Israel. In Israel, handicrafts are not very popular, so rarely can you find a good shop for handicrafts. A few days ago my husband and I were on business in the old town. Quite by chance I saw on the window of one of the small shops with knitted toys. We had a little time and I went to this store. It turned out to be a shop for needlework !!!! It is very small but has a huge selection of yarn, thread, nice buttons.

In addition to the saleswoman there were several other people and the store seemed to be full of people, so I did not have the opportunity to take photos. The saleswoman saw my Rex and was delighted !!! You know, Rex is a very gallant guy :))))) I asked her if there were any crochet hooks. She pulled out a whole box of crochet hooks for different numbers. I was shocked !!!! In Israel, in other cities in similar stores I was shown only one or two. I was confused and did not know what I needed :)))) In the end, I chose the number 3.5 Then I asked if there are knitting needles that would be suitable for knitting raglan. She herself does not knit in this form of knitting. I said I want to learn. I was pushed into this by @neumannsalva with her magnificent works :) This is a big step forward for me, but the fear still remains :)))

These are my purchases in that wonderful store: I was wondering who made those wonderful toys that I saw in the window of this store. The saleswoman said she did some of them herself! In Israel, it is such a rarity that someone would make such toys himself! The man who was also in the store (maybe this was her husband) said that they teach knitting lessons here. But the owner of the shop objected to something - I could not understand because I do not understand Hebrew very well. Probably Rex convinced her that I was a great craftswoman who did not need knitting lessons :)))))) I try to hide all my mistakes in work well :))))))

The shop is just charming and I am very glad that I found it in my city. Now I know where I can buy what I may need. At home, I compared my crochet hooks. This is exactly what I need! I tried a little knit them. It is very convenient!!!! Look what kind of crochet I used to knit thick yarn! It was very inconvenient, the yarn jumped off and I sometimes had to knit one stitch several times.

I was looking for crochet hooks in online stores, but with supplies to Israel there were few options. Now I have the opportunity to purchase what I need in my city. Hooray!!!!

I wish you creative inspiration and look forward to your work !!! 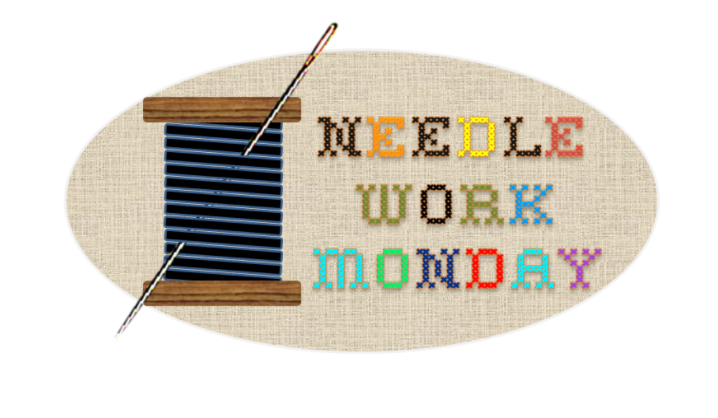 Howdy again tali72! Oh that is very interesting tali2, to find a rare shop in a small city is marvelous! I really like all those toys too. But who is Rex?

:)))))) you went to my post on needlework. there the girls know Rex so I didn’t explain :) last year I was knitting a bag with a picture of a funny dog. for the sake of laughter, I called him Rex :))) haha! oh that's great tali72! I think Rex is wonderful! lol. thanks for the explanation and photo.

What a wonderful discovery! Not only do they have beautiful yarn, they also sell needles and hooks. I could stay for hours in such shops. I must admit that I am privileged in this regard, as I live in an super densely populated area: I guess in my near ( approximately 20 minute with tram) I can find 6 shops for yarn and haberdashery. The only problem here is, that they all sell the same brands. I love to crochet with hooks from Japan (from CLover) and knit with needles from Germany (Addi), both brands are seldom found in shops nearby.
But it is perfect for you that you got this nice hook and do not need to use the small one for thick yarn.
And with your abilities... You are a master craftswoman. I am always so impressed how you knit, sew, embroider etc. I could never do this. I only can knit top-down cardigans :-DDD
I am looking forward what you will make with your new tools <3

Finding a shop that has everything a needleworker needs is so so rare!
What a beautiful discovery @tali72 !
I'm also drawn to this kind of shops like a moth to a flame, can't walk by without entering and browsing even if I'm not looking for anything in particular :)

Ooo the shop looks really cosy @tali72 and it is great to find a shop like this in the city where you live. I agree, it is not easy to find good shops, even where I am. I usually have to go out of city to some hidden places to find such places. And I too am so inspired by the works of our amazing knitters and crocheters here but fear still remains (for me is the knitting part :P) Lets continue to be inspired and motivated that we will pick up the needles and work it soon :)

I thought that it was only in the southern countries that such a situation with handicraft shops. but it turns out that in your country too. I completely agree with you !!!! :)))

I'm surprised Israel does not have a larger creative needle presence. What do people do for hobbies? It it more metal/wood/jewelry work?

In Israel, most of the time is very hot so knitted things are not very relevant here. Yarn is expensive, and much cheaper to go to the store and buy ready-made clothes :) sewing is also not popular for the same reasons - good fabrics and accessories are expensive. Of course it would not be entirely correct to say that people are not interested in anything. everyone has some kind of hobby, but at the country level it is not so encouraged

What a fabulous shop, such a great find! I love all the little creatures in the window - they were calling you :) pleased you found the crochet hooks and the needles you wanted, it is always much easier to work with the correct tools. Good luck with your adventure with the raglan cardigan, I'm sure you will be fine, you're a great craftswoman :).

thank you so much for the kind words !!!!

I'm glad that you found tools that you can use to be creative. You might be able to pick up some knitting lessons as well.

it would be great if there were taught how to knit raglan, but that woman does not knit so

You have found a great shop to explore! If they have an online internet page and advertise group classes or meet-ups, you might even connect with other crafters in the area.
Both of the local stores in my town have one night of the week where they stay open a little late and crafters meet up to socialize. And the local store in my Mother's town has knit-a-long lunch time gatherings for local crafters to work on projects together. I hope you find something similar!

it's amazing!!!! It turns out this is a club for needlework! I am sure that craftswomen are very interesting to communicate with each other. for me it would be difficult here since my Hebrew is very very weak :) thanks!

I'm so glad you found a shop where you can get tools and advice! I've got two crochet hooks like yours in other sizes and like to work with them :)
I took a look at Ravelry at yarn shops in Israel. The most southern one is in Be'er Sheva - is that the one you found?

Ravelry has a list of yarn shops (https://www.ravelry.com/shops/search) and I searched for shops around Eilat. You wrote 'in the south' and I know that's the most southern town in Israel - even if I don't know a lot more about geography there ;)

if you know about Eilat, then you know the south of Israel !!!!!! from us to go there about three hours. Beer Sheva is the capital of the south of the country. This city is located in the middle of the desert. Eilat is located on the shores of the Red Sea near the border with Egypt.Eilat is a resort city. I can say almost nothing about him as I know there are only hotels :))) In the city itself we were almost not. But now our friends have moved there to live and we plan to visit them. At the same time we will walk around the city, get to know him :) I did not know about this store search feature. very interesting!!!!! thank!

What a nice treasure you found! These knitted toys in the window are adorable! I look forward to seeing your new work with your new needles! 😃

thank you my dear! Only first I need to have the courage to knit raglan :)))