This feat was accomplished at about 2:00 AM, on August 13, 2017, after Deadly Buda finalized the integration of 19 “smart contracts” on the Musicoin blockchain and attached them to his DJ mix. “Basically, it’s a game changer for any DJ-based music genre such as EDM, Disco, House or Hip-Hop,” said DJ Deadly Buda.

You can listen to the “Rock the Blockchain” mix here. 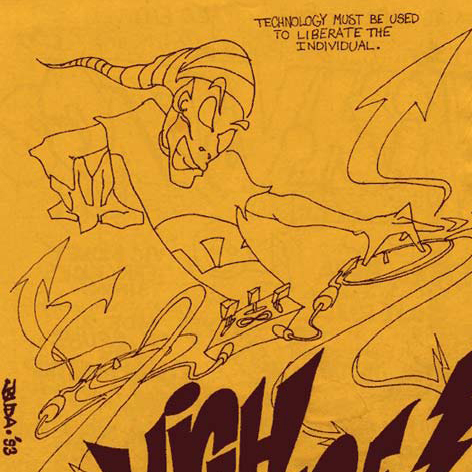 Graphic from the “Rock the Blockchain” mix. The mix contains 15 EDM tracks of various genres, Hard Electronic, Dubstep, Hardstyle, Hard Bass, Jungle, Drum and Bass, Hardcore Techno, Shamancore, Tekno, and Ambient, by artists Counterstrike, Satroniq & DJ Delirium, Teknoaidi, Subterranean, Cap, M27, Harhor and Deadly Buda.
Ever since the DJ mix format was popularized in the 1970’s it has mostly existed in a quasi-legal state. Because a recorded Dj mix is a continuous blend of several separate songs or “tracks”, it requires numerous permissions, paperwork and licenses to be legally compliant. By the time the paperwork is done, the audience generally considers the music in the mix old, and has moved on to the latest sound in fashion. Consequently, most DJs over the decades haven’t bothered to get the permissions, and have released the mixes “illegally” on cassettes, CDs and now, Soundcloud and Youtube. Generally, the artists in these mixes aren’t getting any money for their music and oftentimes aren’t credited as part of the mix. Djs often don’t supply playlists either to avoid scrutiny, time constraints, lack of proper labelling on dance records, or at worst, just want all the attention for themselves.

Ironically though, dance music producers make their music specifically so that it can be mixed by Djs and clamor for popular Djs to use their songs. DJ mixes, though often technically illegal, are the main channel of publicity for smaller dance music scenes or up-and-coming talent. So, for the last few decades, the music industry has generally not enforced their copyrights against DJ mixes while retaining their right to do so. Consequently, the DJs, still fearing potential incrimination, can rarely publicize their mixes on a grand scale or derive much more income than the cost of the records or Mp3s they use in the mix. The cumulative effect of this quasi-legality has been that Dj mixes are still considered “underground” even though it is the audience’s preferred manner of listening to dance music.

“The more I understood about blockchain technology, the more I realized that the legal problems with the DJ mix were about to be a thing of the past,” stated DJ Deadly Buda, “all the permissions, paperwork and payments could be done in an instant.”

Musicoin is a music-focused cryptocurrency with smart contract capability.
Blockchain technology is basically a decentralized ledger system maintained by multiple computers. The most popular blockchain in the world is Bitcoin, and it has inspired other blockchains to target specific areas of the world economy. Musicoin, as the name suggests, is geared towards music, musicians and fans. When a user plays a song on musicoin.org the artist of the song gets paid one Musicoin (worth about $0.01-0.02 USD), usually in a matter of seconds.

The Musicoin blockchain system allows an artist to upload a song and attach what is called a “smart contract” that can distribute payments to multiple parties if needed. For example, the smart contract could be programmed so that every time the song is played, the drummer, singer, guitarist and bassist in a band all split the payment.

“When I realized every song on the Musicoin system had its own payment address, I got as many people I knew that made great music to upload. Then, I asked their permission if I could use their music in my mix,” revealed Deadly Buda. After conferring with some of the artists, he decided on the following formula: 40% of the mix revenue goes to the DJ, and 60% is split evenly between the songs in the mix. “A Dj spends a lot of time sifting through a lot of bad music to find the gems he or she plays for the public, so I wanted to honor that time and money expenditure, while at the same time leaving a fair amount of room for each song to make money as well.” 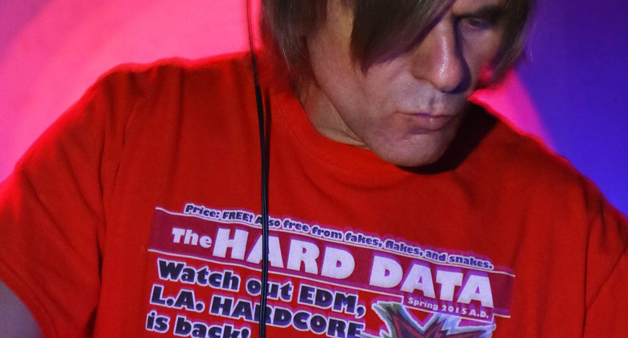 DJ Deadly Buda released the World's first blockchain-enabled DJ Mix.
A new paradigm for how DJ mixes can be made and paid is now officially live thanks to DJ Deadly Buda and Musicoin, but there is still work to be done says Deadly Buda, “In the very near future, there will probably be just a checkbox an artist can use that gives anyone on the system the right to mix their music so long as they get paid via a smart contract. As soon as that happens, the system will be unstoppable and will benefit the established music industry and new artists alike.”

Ha! @glebmanik ! You are speaking to the converted :-D

Man this is dope. I'm going to check it out and sign up!

Glad to be of service @ty2nicerva ! Sign up at the link on the bottom of the post and we can send you 50 Musicoins.

I joined my name is ty2nicerva

Hello, please follow the rules in the group : Resteem to be Resteemed

What a cool project! Thanks for sharing!

Your welcome @daodesam ! There is all kinds of music on Musicoin as well. Lots of cool developments happening now.

Like! It's so good to be a part of Blockchain Hardcore hystory! :D (@harhor)

Yes indeed @greasp ! and your track in the mix rips!!!!

Congratulations @theharddata! You have completed some achievement on Steemit and have been rewarded with new badge(s) :

Excellent! Thanks !! Darn - didn't mean to upvote my own comment.

I'm a frequently guilty of that myself. :-D

Genius! Will check it out!

Have you explored it much yet @marcovanhassel ?

Musicoin is a fantastic example of crypto with real world application right now... not in a few years, but literally now.

Yes @joechiappetta , The amazing thing about Musicoin in my opinion is that it is the only working music blockchain right now, but all the other music cryptos are getting more attention at the moment. I'm not saying they are vaporware, but Musicoin has made advances constantly that are real, usable and tangible. I think some of these other blockchains have more mainstream backing, as well, so in some ways they seem to be trying to just use blockchain to bolster their same old system, really.

Thats why blockchain is going to revolutionize the music industry.

Yes @k-roost I think there will be many competing music blockchains, actually.

Actually here is some information that is not in the article... The yello picture of the DJ that says, "Technology must be used to liberate the individual" has a small crypto-related history, and was the reason I chose to use it to represent this mix... The drawing was made in 1993, for a rave in Pittsburgh, PA called "Hi-Voltage" At the time I had a record store called Turbo-Zen, and it was one of our first parties. Well, the flyer was quite popular and someone made a t-shirt of the graphics on the flyer, and sold them at the show. At that party was what was to become a famous Bitcoin miner, Dan Mross from the documentary "The Rise and Rise of Bitcoin" he had gotten one of the shirts there and then talked about it as a saying he remembered at the beginning of the film. So, strangely this flyer, made 16 years before Bitcoin would exist, played a role in what may one day be seen as our financial and social liberation (if we are wise enough to use it that way). Because I felt that the very first Dj Mix governed by a smart contract was an extension of that idea, I used it to represent this mix.

Interesting service I read about when starting at Steemit, but then lost focus on them :) Just signed up an account.

Yes @qsounds , the music blockchain world is really heating up. Let me know your account and I'll shoot you some MC.

How cool you are giving MC away. Are you part of Musicoin, or do this from own initiatve to promote the platform? Wallet address is 0xdf9e65ab561edeeec177b943ba62547b67ee7d06 What post you like me to resteem with @edje?

Thanks! I see 50MC in my wallet, cant see if they from you. My desktop wallet is still getting the blockchain done :)

Its from me! :-) yeah the first day with the wallet can take an hour or 2.

I should tell my brother about this.

This is a great article, I signed up to musicoin but have trouble uploading my music for some reason!

Hi @mike-power make sure you are uploading on a desktop, rather than from a phone. For some reason the current interface (I think its using lots of java or jquery) doesn't jibe well with phones all the time. The other thing it might be browser related. I usually use Firefox on Windows and don't have any problems.

Awesome mate thanks for your help

WOW! That's a perfect use of blockchain technology to solve a genuine problem in music industry. Way to go!

This is just awesome!!!

Compilers of DJ mixes in particular stand to benefit from smart contracts and this type of blockchain tech. Reason? seldom is a mix created entirely by one single artist (unlike, say a solo songwriter album). this makes streaming royalty payment a problem. fortunately the solutions seem to be presenting themselves. good one.