THE MOST COMMON MISTAKES IN MUSIC ARRANGEMENT 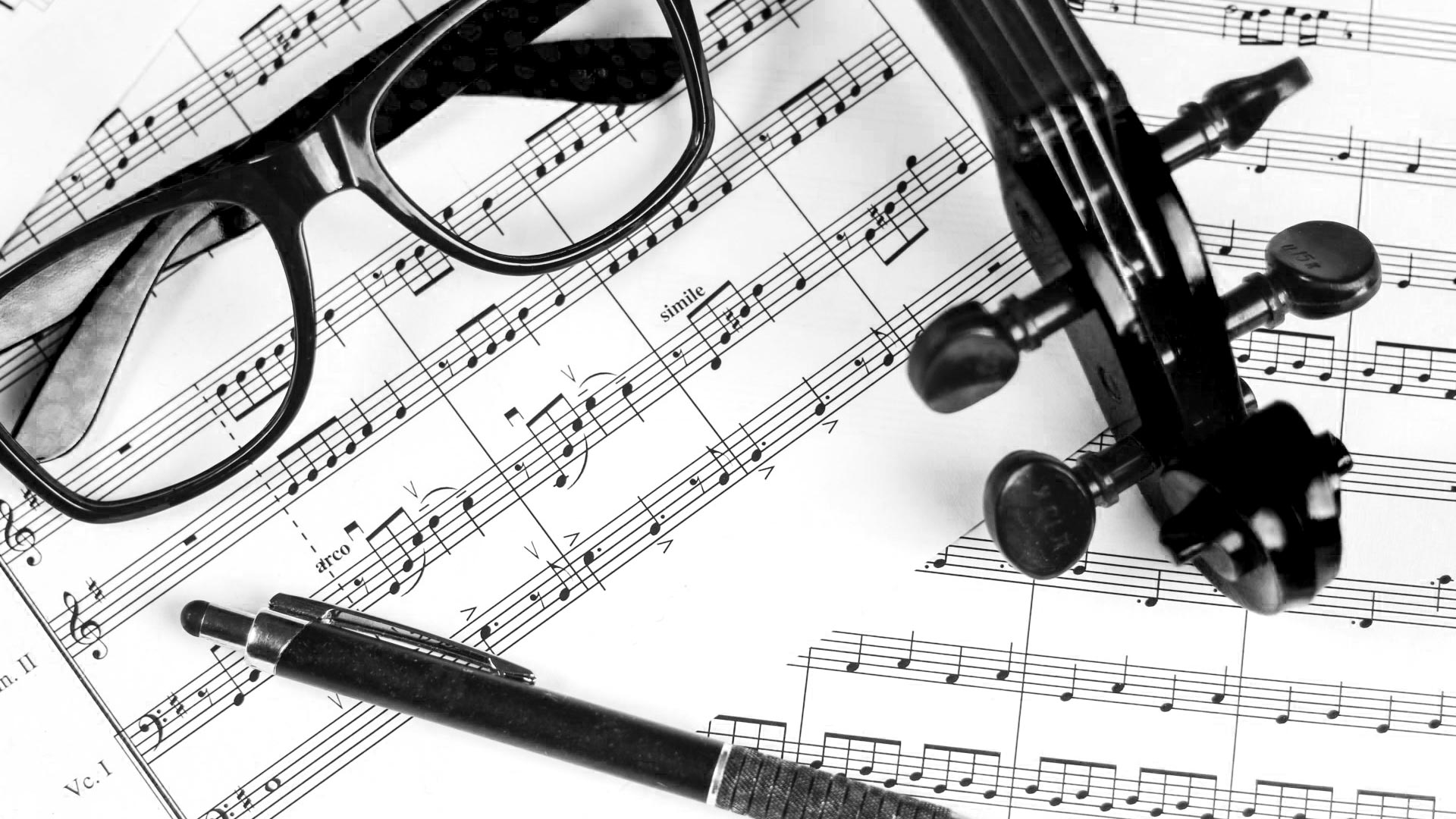 I'm finally back and feeling well rested after an intense weekend in Trnava (Slovakia) and Vienna. It was my first time in both of those places and Vienna is a ''must visit'' for anyone who hasn't been there yet. Simply beautiful. The drive from Vienna to Zagreb is about 5 hours long so I had plenty of time to dive into some albums I've recently discovered and it got me thinking about music arrangement and the most common mistakes people make while arranging their tracks. So here's a short list of what I feel everyone should keep an eye on.

Music arranging is not something many people think, read and learn a lot about because they either have somebody who is doing music arrangements for them or they are arranging music themselves on an intuitive level (I've read a thing or two about music arranging in my life and I still prefer to use my intuition). Music arrangement mostly comes down to deciding what kind of sound you want the songs to have (and different sounds call for different instruments) and how you want all the instruments to be organised throughout the song. Think of it sort of like playing with LEGO - the same pieces, if arranged differently, can make up an entirely different thing. You can use the same LEGO pieces to make a car, a house and an evil monster from Mars. That's exactly how music arranging works. That's why it's important to keep it simple. If you keep things simple (but NOT BANAL!) people need less time to recognize, organize, understand and put togehter the sounds they hear so they'll remember the song faster and will probably start to sing along in no time. It's also important to keep in mind that ''simple'' does not mean ''not that good'' and that simple arrangements can be very complex in their simplicity. Here are a few examples.

Bill Withers is one of my favorite musicians and we all know and love this song. Let's take a quick look at what's going on in the arrangement. We have no more than 3 chords, the vocal melody is catchy, the drummer plays this simple smooth & sexy groove that doesn't change too much and complements the bass, the piano is so subtle you can't even hear it, just overdubbing the acoustic guitar with a few licks here and there and the electric guitar is used to give a bit of a ''high end'' to the overall sound, playing the same chords Bill plays on the acoustic guitar but in a different position. And still, the songs is amazing. It doesn't feel stupid or banal and we don't feel anything is missing.

This is a cover by John Mayer. From the very beginning, he's over-complicating with everything he's got. Too many chords, too much variations in the vocal melody and after about a minute and a half into the song, he's doing a solo almost to the very end. If Bill Whithers recorded ''Ain't No Sunshine'' like this in the first place, it probably wouldn't be a hit.

Here's another radical example. Laurie Anderson's ''O Superman''. The song is more than 8 minutes long and features nothing but Laurie's vocals and a few soundscapes (birds and strings) and synths here and there. There are also no more than 2 (TWO!) harmonies in the entire song but it is arranged in such a way it sucks you right in and it's over before you know it so you play it again. It has an amazing atmosphere, the unique way of singing together with the layers of modulated vocals and vocal loops are equivalent to using different instruments and the tension is so big and captivating, you constantly wait for something to happen and then it doesn't. Brilliant.

Overplaying is one of the most common mistakes people do in arranging their music and it kills the song completely. If everyone is playing too much all the time, the sounds gets very squeezed and packed in the same place making it difficult to understand what's going on. It becomes impossible to understand what each instrument does and it quickly fills the ears so much the listening process becomes exhausting. Many people feel the need to show their playing abilities and that's fine but if everybody is just showing off all the time, the very song becomes a secondary rather than a primary thing. There's a very fine line between overplaying and virtuosity and it is easily crossed. Here are a few examples.

I use Lou Reed as an ex<ample a lot because he's done it all - from experimental drones to pop hits, from progressive rock overplaying to sublime minimalism. Here's an example of a hit song being so overplayed it hurts. This is a rendition of his hit ''Sweet Jane'' from 1974's ''Rock and Roll Animal''. Although I like this album, it's overplayed in every possible way. In this case, there's a lush introduction, constant soloing, unnecessary chord changes, drum breaks and C parts. It's phenomenally played but it's so dense it becomes boring.

Now take a look at what David Byrne did with Talking Heads' ''Psycho Killer'' for the ''Stop making Sense'' concert. Nothing but a boombox and an acoustic guitar. Notice how the boombox rhythm ''grows'' in time and how Byrne programmed several ''breaks'' throughout the song in unexpected places to hold both the tension of the song and the attention of the listener.

TAKING THINGS OUT AND PUTTING THEM BACK IN AGAIN

Another simple and effective arranging trick comes down to ''taking things out and putting them back in again''. Taking elements in and out is probably ''music arrangement 101'' and it has been here since... well, music. Our brains are very good at recognising patterns as well as finding patterns in random chaos in order to make sense of things. It's how we are wired and there's nothing we can do about it. What we can do is use that very process and play with the listeners brains. If you give the listener several patterns, the listener will remember them and expect to hear them over and over again. If you take one out, the brain will remember it and try to fill in the void with concentrating on different remaining patterns. Then, when you put the missing pattern back in, in will give the brain sort of a ''pattern satisfaction''. Removing parts and putting them back in will hold the listener's attention and keep things interesting, no matter how simple the song may be. If you keep all the elements in all the time, there's no room for surprises. Here are the examples.

A huge hit by Lorde. There's basically NOTHING in this song. No chords, almost no instruments, no complex harmony progressions and yet it works. The song is based on a simple beat - just the kick drum, hi-hat and snapping fingers. But notice how the elements come in and out. It starts with just the beat and the main vocal line, then a backing vocal comes in with more vocal harmonies and a deep synth on the chorus and then it all goes away again. The rest of the song comes down to just playing around with those 3 elements (beat, vocals, synth) in a different way. Adding and subtracting. Taking things away and putting them back in.

Adele did the same thing. The entire first verse and a pre-chorus is just the acoustic guitar and drums before it ''explodes'' and expands in the chorus, disappears again and starts again. In the second go there are more backing vocals both in the verse and in the chorus and then it all develops the most at the end.

Here's the final point I want to make in this post. Switching roles works in a somewhat similar way. It uses the same elements doing the same things over and over again but rather than removing them and putting them back in, it comes down to assigning different roles to the same elements. Different instruments can start doing what the vocal was doing earlier, the vocal can start to sing a part of one of the instruments etc.It's sort of a ''question and anwer'' quotation thing. Examples:

This is one of my favorite arrangements. Notice how the strings interact with the vocals and the guitar, constantly switching between themselves. All the lines are very melodic (that's sort of what The Cure is all about) and at some point you can't be sure if you heard that same line in the vocals, the strings or the guitar.

Since there's nothing from the Beatles on Youtube due to copyright issues, here's the second best thing. David Bowie's final masterpiece ''Black Star'' in all its 10 minute glory. Everything I was talking about in this post and a lot more happens in this song so it's a perfect final example. You can recap everything just by playing this track a few times.

It's important to note that this is just ''scratching the surface'' of what music arrangement is all about but this surface is a really good starting point if you are arranging your own tracks and these tips can be used to avoid the most common of mistakes. In the end, it's all about listening and playing around because that's what makes music - music.

Interesting article! It is great that you made you case more strong with all those examples :) started following you

As usual, Ivan, this is terrific content. You've really nailed some of the keys to arranging music, and even helped me think about what I do and why I do it in new and more easily-understood ways. I really appreciate regularly reading how you approach and understand music. It helps me refresh my own perspective on how I listen and create.

Thank you, this is a huge compliment. I try to be as easily understood as possible because I try and write for people who might not be musicians as well. I am also glad that this article affected you in a way that it did because for me this is what it's all about and what makes it worth it. Couldn't be happier!