Australian rock band, formed as The Farriss Brothers in 1977 in Sydney, originally playing covers and a few originals.

Fronted by Hutchence, whose "sultry good looks" and magnetic stage presence made him the focal point of the band for 20 Years , the Fairer Sex were very attracted to him. ( which of course, does the Band Image no harm whatsoever!)

What impressed me a lot, was:- No distortion necessary, no Studio Tricks, just Great Songs, Excellent Musicians, Great Stage Presence , a Superb Singer and Frontman.

They Worked Hard and often took Breaks when they got involved in several Side Projects, Michael acted in several Movies, and also worked on a Solo album.

His private life was often reported in the Australian and international press, with a string of love affairs with prominent actresses, models and singers.

In August 1992, after Drinking Heavily he got into an altercation with a Taxi Driver , who punched him to the Pavement , he had a fractured Skull which he ignored for days,As a result, it left him with an almost complete loss of the sense of smell and significant loss of taste] This led to periods of depression and increased levels of aggression.

During the 1993 recording of" Full Moon, Dirty Hearts "on the isle of Capri. Over those six weeks, Michael threatened or physically confronted nearly every member of the band.

Several of them stated He was not the Michael we knew!

On 22 November 1997, Hutchence was found dead in his Sydney Ritz-Carlton hotel room. New South Wales State Coroner, Derrick Hand, presented his report which ruled that Hutchence's death was a suicide while depressed and under the influence of drugs and alcohol.

The Band took a break for about a year, and then started performing again with various stand in singers.

There was a TV series called Rock Star INXS .On 20 September 2005, J.D. Fortune of Salt Springs, Nova Scotia, Canada won the eleven-week competition, which culminated in his singing the Rolling Stones's "You Can't Always Get What You Want" and INXS' "What You Need" in the finale of the show to become the new lead singer of INXS. With Fortune they recorded their 2005 album, Switch produced by Guy Chambers and went on a world tour in 2006.

In 2012 a Press release was issued , that after 35 Years INXS had decided to stop touring.

I personally preferred the Hutchence Period , My Son Wayne was a big Fan.

I hope you enjoy this?

As a special reward to you Die Hard music fans , here is the entire Wembley Concert with Hutchence singing.

I am sure you will understand My Enthusiasm! ( listen to that Drum Sound ) If there is a connection between soul and supreme soul, then the catalyst behind this is music only.

They are cool, I really enjoy! Thanks, resteem) I did not know the band, but find the post very informative and interesting, although saddened that another celebrity had died of suicide. I enjoyed the videos.

Yes, they were great! The "Suicide Blonde" impressed me forever!

the passion is tremendous :)

wow nice collection of music friend, all the music videos are great to listen.

Tipped @awgbibb 500 SMART! Comment @smartbot help to claim. Currently the price of SmartCash in the market is $0.023 USD per SMART. To find out more about SmartCash, please visit https://smartcash.cc.

Liked the songs and they do make feel good .Nicely collected songs buddy

they are the best quite awesome :)

I haven't heard these songs before, they sound pretty good! Thanks for share man. :)

i love those bands too great choice

Oh yeah, great meeting, I did not really hear those tunes. Particularly pleased with Suicide Blonde and Kick. Thank you @awgbibb

It was that famous joke: What's the last thing the drummer said before he got kicked out of the band? 'Hey, I wrote a song.'
by Dave Grohl Not far from the Truth?

Nice article ...have followed you 👍

I Love the songs. They are cool. The songs can help to motivate people.

Aussie Aussie Aussie !!! What a great band ..... need you tonight .. awesome songs along with many others !!!

it seems the review of die hard fan about singer and the music band, likeable post. 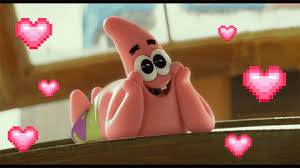 These songs are the soul of man, thanks

Congratulations @awgbibb
MinnowsPower listed your post "Bands I really Loved: INXS." as one of the top 5 upvoted and commented posts of the day...!!!

MinnowsPower is not a bot, I am a Crowdfunding Hybrid
One small UpVote of Yours build MinnowsPower and MinnowsPower will Not Forget Your Support...!!!
(Limited Service Offer) Send 0.01 SBD and get $0.025 - $0.03 worth upvote from @MinnowsPower

Yes you posted one I knew already.. Thx nice post and I love some songs..

I hope you like this.. my daughter made a fantastic contribution for Steemfest art festival https://steemit.com/steemfest/@rival/art-for-steemfest-2-my-daughter-made-a-wonderful-contribution-please-check-this-out

wow all of them are great bands.. Nice post @awgbibb
Cheers!

It's only one Band? @awgbibb,
Wow this is the first time I heard about them! I was not born at that time :d Probably I was at my previous life :D Thanks for sharing such great experience with us!

Thanks for sharing such a great post.
Keep the good work up.

wow fantastic collection of bands @awgbibb, i really enjoy listening it, thanks for sharing

My favourite song from INXS!! I love it!!...♥♥♥...What a powerful song, with that sound, that guitar, that hypnotizing rhythm so full of want, and that seductive voice, half- whispered and so piercing, all is sooo irresistible!!

I am read your article, I Will follow you

These tunes are mind blowing.Afrer a long time, listened to so much of good music. 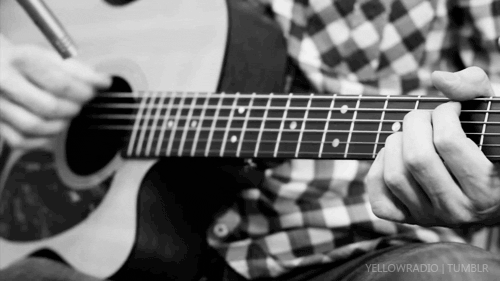 Researched into it, Lots of Theories , was found with his own belt around his neck, was depressed ( on anti -depressants), had been drinking, and his Daughter had just been stopped from coming to visit him. So really, the rest is guessing?, Thank you for the visit!

I really liked how their song was used in the director's cut Donnie Darko opening scene.

Congratulations @awgbibb! You have completed some achievement on Steemit and have been rewarded with new badge(s) :

The video and sound are both great. Good performance and what a lot fans they had (and still have). Thanks for this memory!

Thanks for the walk down memory lane @awgbibb. I flash back to Pepsi and 80s fashion and of course NEW SENSATION my favourite song of theirs. Good times :)

really awesome one amazing they are :)

How I wish they' d come here in the Philippines so that I could watch them live.

Not going to happen!

It's a great experience, when you witness a band who can play LIVE as well as in studio or better, the vibe, the rush you feel. I had that feeling in 91 at Main Road, Manchester, at 15 years of age for Sound Garden, Guns and Roses and Faith No More, i'l never forget it.

Il look them up, thank you.

One of my favorite ones!! Thank you. Very sorry that there wont be no new album anymore...

Congratulations @awgbibb, this post is the fifth most rewarded post (based on pending payouts) in the last 12 hours written by a Hero account holder (accounts that hold between 10 and 100 Mega Vests). The total number of posts by Hero account holders during this period was 248 and the total pending payments to posts in this category was $3631.17. To see the full list of highest paid posts across all accounts categories, click here.

What makes you think it is more than one band?

I Love the songs. They are cool

thanks a lot for sharing such a great collection of bands and music, i love all tracks.

@awgbibb, music brings us to true peace. I like the music, the success of my friend.

Need your vote and support