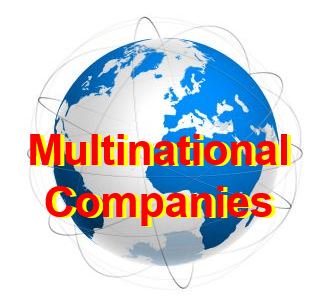 In the early 1980s, policies supported the General Agreement on Tariffs and Trade and the World Trade Organization both advocated minimal barriers to international trade. Free trading with Canada began in 1987, leading to the establishment of the North American Free Trade Agreement in 1994.

The government has allowed companies to make their products anywhere, taking advantage of low-cost labor in other developing countries. In the 1990s, China became the biggest country for making basic goods and products and has since expanded into high tech.
The Internet have opened the door for many other types of labor , With MNCs like Apple rushing to set up shop in BRIC countries (Brazil, Russia, India, and China), where the profit is at it's highest there.

“Multi-billion-dollar multinational corporations view the exploitation of the world's sick and dying as sacred duty to their shareholders.” -John le Carre

Resteemed and 100% upvoted. Thank you for using my service!
Read here how the new bot from Berlin works.
@resteem.bot

Congratulations! This post has been upvoted from the communal account, @minnowsupport, by Ahmed Hani from the Minnow Support Project. It's a witness project run by aggroed, ausbitbank, teamsteem, theprophet0, someguy123, neoxian, followbtcnews/crimsonclad, and netuoso. The goal is to help Steemit grow by supporting Minnows and creating a social network. Please find us in the Peace, Abundance, and Liberty Network (PALnet) Discord Channel. It's a completely public and open space to all members of the Steemit community who voluntarily choose to be there.

This post has received a 3.13 % upvote from @drotto thanks to: @ahmedhani.

You Are An Excellent Steemian. This post has received a 5.56 % upvote from @steemthat Return the favor and SteemThat Person Back: @ahmedhani.

Congratulations @ahmedhani! You have completed some achievement on Steemit and have been rewarded with new badge(s) :

This post has received a 1.32 % upvote from @booster thanks to: @ahmedhani. Please Upvote This Comment To Help Me Grow. When I Grow You Grow Too And I Can Verify More Posts.