I blogged a while back about the possibility of living money free, drawing on two examples of two people who did so, but by effectively withdrawing into an off-grid, rural lifestyle.

However, it is possible to live money free in the city too, and below are two examples of people who’ve done just that…. 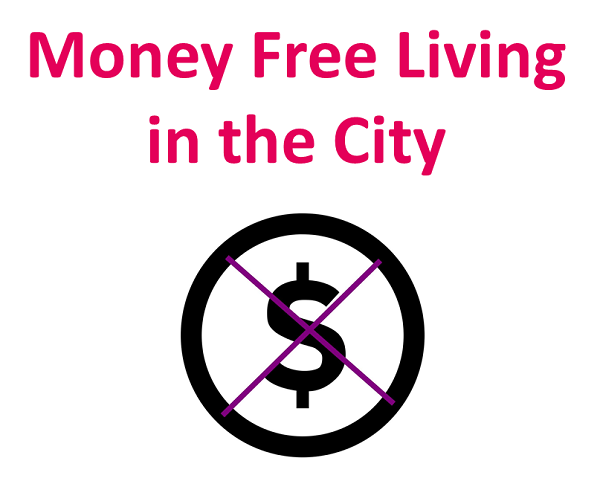 Elf Pavlik gave up money in 2009 after he had come back to Europe from San Francisco. In California he had been working for a highly competitive internet company that was mainly trying to compete with other companies, without really producing anything to make people happy. He decided he had enough of that and started living in nature for a while and he tried to give up money. He lives an urban lifestyle, relying on other people to feed him and give him a bed or some floor space, and relying on discarded clothes. He walks or cycles most places, but does occasionally take public transport, and wears a 'no ticket' label when he does, which explains that he lives without money. He does work with other people, but only on collaborative projects, preferring to co-create rather than somebody paying him and telling him what to do.

Twitter seems to be Elf's social media domain of choice where he describes himself as living moneyless and stateless and links to hackers4peace, zerowaste, polyeconomy and (interestingly) the world peace game.

A more mainstream version of a monleyless living’ experiment is Carolien Hoogland's year without money which she undertook because she wanted to be freer in the work she did... She spent sixth months planning her experiment and wrapped up her wallet on New Year’s Eve 2009-10 and commenced a year of money free living. 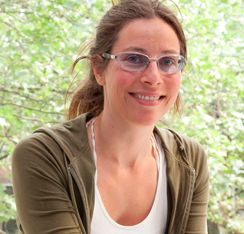 She arranged barter arrangements with her local dance school, electricity company and local cafe – she got her goods/ services for free and did free-work for them in exchange. She also cooked once a week when friends would bring food to share. She found that her life was more social and connected than ever in her 'economy of relationships' which also gave her a feeling of existential security.

NB she wasn't technically money free, she maintained health care, splurged on ice creams once for her friends, and she also lived with her partner, so I'm sure he paid for the rent etc, but I think this is worth mentioning because it's probably more manageable for most people, but I've included this here because I really liked the idea of just getting in contact with companies and bartering with them, definitely outside the box.

If you want to find out more about moneyless living I suggest checking out https://moneyless.org/ - A site set up by two people who have lived on very little money for many years of their lives.

Living well with less is to be admired but these people who live without money just rely on others to feed and clothe them and to put a roof over their head. I assume those others use money. So the whole thing is cheating.

Not necessarily.... they just have to find other ways to 'trade'.... for example Carolien above effectively bartered work for food.... of course you could say they are still dependent on the broader money-system, but then again such individual life-experiments can never overcome that, that requires more co-ordination.. Elf Pavlick is much more into that than Carolien Hoogland.

P.S. I had a quick trawl through yer steem DB. Hows the self-voting experiment going? I'm constantly tempted to only self-vote, but I just have this intuition that sharing it round is going to be better for me in the long run!

I admire those who attempt to become self sufficient such as papa-pepper on steemit. To me, this is the best way of becoming money free. But living without money by using other people’s (ie living at their house where they pay rent or eating their food they bought with money they earns) isn’t really becoming money free and can only last so long before people throw you out and you have to start again. I also think this is sponging. If they are bartering or working for a room or for a meal etc then that’s slightly different. Ideally I would love to have a small holding where I was as self sufficient as possible but that’s not going to happen anytime soon.

Regarding self voting I agree it can be an issue, but I view it as no different to buying votes which is widely accepted or using bots. If steemit banner all bots and vote buying I would reassess my position. I see many whales self voting with hundred dollar upvotes so it’s an accepted practice. I originally intended to create detailed articles daily on subjects not dissimilar to your blog, but Iam just too busy at present so I try to comment where I can and yes, self upvote!

Thanks for the comment - I know everyone does it - and it's certainly a way of earning a reasonable second income!

Don't worry I'm not about to go all hyper-critical on you - we're all in different situations, and as you say you've just gotta do what you gotta do to earn a crust, depending on circumstance.

As to @papa-pepper - with the amount he's already earned on here, I think he's probably well on his way to being financially independent, so he's got no need to be self-sufficient, which makes that whole trip a lot more fun!

That's early adoption for you I guess.

No worries. I never saw it as hyper critical, possibly a fldufference of opinion. It’s goid to have open discussions on here without being flagged or swamped with stilupid ‘good post’ type comments!

Congratulations @revisesociology, your post has been selected by the @asapers for a resteem and a feature in our brand new curation post. Issue 16

What does this mean for you? Well first an upvote from some members of the team, we are no @curie but who is going to be unhappy with some extra upvotes. Second each post featured in the article will receive a 10% share of the curation post.

Keep up the great work and please consider supporting the @asapers with a follow and an upvote on the post you feature in. Please wait seven days for payout.

Why thankyou kindly, i'll just let my VP recharge a little and then bung you a few upvotes!

I'm really enjoying these posts about living without money. Even if it is just for the mental exercise.

I think I mentioned it before but one of the main reasons why Aimee and I want to homestead and live off the grid is to drastically reduce our expenditures.

Hey thanks - I do find it inspiring - although I'm not anti-money (more anti elements of the fiat-system), I just think life would be a lot more secure if you can be comfortable on £500 a month rather than £1500!

I'm with you on the whole off-grid stuff - I really just wish my bloody flat would sell so I can disappear to West Wales and get stuck in myself.

Is west Wales back in the running? Let me know if you would like me to keep an eye out for suitable properties.

Or if you want to go 'money free' you could always try living in a van of some sort for a while...

It certainly is - and I'd appreciate it if you could.

I'm thinking of doing a reckie after the Bgham event, possibly anyway, seeing as I'll be half way there anyway!

Good stuff. Message me with more details of what you are looking for and I'll scout around.

I'm hoping to get to the Birmingham event too.

I always enjoy hearing the experiences of people that live on less - or none - like here. I have been fascinated with the people that go around the dumpsters and pick stuff out that is still good, such as food or items. I haven't done it myself, but I think I might end up checking it out one day.

But yeah, the ability to live on less is a sort of security that you can continue onwards no matter what happens.

Oh, reading the comments I see you have decided to move to West Wales? Cool!

Some of the happiest moments of my life were when I was living on the doll and skip-diving from the local 'Safeway' (a now defunct supermarket chain). Oh the memories... Halloween was especially good, we literally couldn't carry back half the pumpkins, and the house looked proper 'spooky', then proper smelly when none of us could be bothered to chuck the pumpkin heads out (we were teenagers).

Then there was the time the supermarket decided to put chains on the bins.... we sourced some bolt cutters and returned the next night... only to find some other skip divers had beaten us to it... it turned into a regular community thing...HONESTLY, salmon night, cream bun night, skittle week (they chucked out A LOT of skittles that day!).

We ate well, for free. Best not mention what we spent our doll money on instead of food!

Yup to Wales... I'm thinking Aber or Mac maybe... rather grow my food than skip dive it these days.

i admire anyone who can do this... its amazing to live money free

Me too - long way off yet though.

Thanks glad you enjoy them ^_^

Fascinating topic for sure! I can see why your article was selected by the #asapers. I am a member of that group stopping by to take in the info of living cashless, as the topic is super inspiring especially in an urban setting as you shared. Wishing you the best on your journey. Sounds like exciting times 😊

Hey, thanks so much!

So much great material here. I'm clicking on everything!

Dan Suelo was the first person I read about when I started researching how to live this way. He has some pretty interesting thoughts (logic) on the whole matter. The more you understand about "money" the more you just want to chuck everything and stop working 40+ hours a week for others so you can get some of your time back and enjoy life a bit more.

The gift economy is real and I love supporting it.