This Is The Story With The Recent Sell Off In Crypto. By Gregory Mannarino 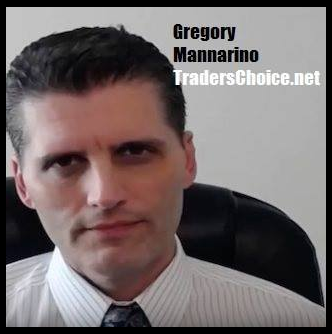 They call it a shake-out for a reason. Weak hands. This is the time to fill your bags with projects you truly believe in. If you are cashing out now, it was never really about the project, its tech etc. It was all about fiat and that’s not what crypto is about. Say no to fiat.

The cryptos have been through these issues before with other countries. When ironed out they will just be little bumps on the road.

WE DID UPVOTE AND RESTTEM FOR ALL TO SEE

RESTEEMED!
Let’s see what crypto does next week.

I would suggest everyone looks into the MT.Gox vs bitcoin price. Recently the trustee in charge of the 166K BTC from the Mt. Gox wallet began selling off BTC and BCC to pay the amount owed to the creditors in the lawsuit. Large amounts have been dumped in recent months. 2000BTC on DEC 18, 6000 BTC on DEC 22, on one day in FEB he sold 18000 BTC, wouldn't you guess, that was when it fell to $6000 in short order. This was done on purpose for some reason, as a normal person wanting to get maximum returns would never sell such large amounts all at once on a public exchange, it was almost as though he wanted as little as possible. I do not think the guy was an idiot, he purposefully timed each dump, just as BTC was reaching a support line on the chart, and beginning to rise. Each of his sell orders broke down through support, that has to be intentional. BTC (the honey badger of currency), just keeps chugging along.

And that's the exact same game being played with the gold and silver markets. All markets are being rigged!!

WTF did MtGox get 166k BTC from ?? I thought they were hacked and lost everyones BTC !! Thanks for information mr robin hood !!!

That would be great. You could change this. We here at the bottom have a rough time just hanging around. Would have like to buy some today for sure.

Bought 4 litecoin when it was about $30 a coin. Sold 3 of them when it was at it's peak around a month ago. Bought 2 more recently on the speculation I think the next jump will be substantially far better. Thanks for all you do brother..Steem On. Upvoted.

Thanx for the update my friend!!!!!
Crypto leading indicator..... booyah
re-steemed because I can!!!

The cryptos have been through these issues before with other countries. When ironed out they will just be little bumps on the road.

Have you looked into the impact and coincidental timing of the mtgox trustee selling thousands of Bitcoin into the market with in the downturns since last November. Just asking because I have heard talk about is taking place.

thanks for this information keep up and stay blessed

What İs the problem sir

Does the market have enough momentum to go higher with bond yields continuing to increase? People are worried more than ever and liquidating part of their portfolios. Also earnings are bad from huge companies like Walmart. The Fed is popping this big fat ugly bubble with it's rate hikes and this won't end well

Hoping keeps surviving to man. I also hope it will come back soon.

What about the mt gox whale dumping all his btc?

Resteem and upvote the robin hood!

I hope it goes back to Dec. prices

"regulatory talk." is that code for shake out the week hands?

Hoping for the 'talk' gets worked out soon enough. Eagerly waiting to see crypto back on track

Thank you for sharing robin hood <3

Thank you for clarifying further

Thanx for the update,
upvote and resteemed

Really think it has more to do with the Mt. Gox trustee sell-off of over 200,000 BTC to recoup funds over the past 2 months.

Why Hang your hat on this theory? If it worked for a bit, it doesn’t mean it’s gonna work forever.....

It should be logical to never "hand your hat" on any one thing. Simple common sense...

have you any updates on crypto market are you think any fear around crypto now this time or not @greg?

Thanks for letting us know that we can't count on cryptos for the time being as an indicator. We need all the help we can get against the NWO.
Upvoted and resteemed.

Cryptos a leading indicator for stocks ? But not for the long time ? I see stocks down and Cryptos up in a couple of years from now ....
Am I wrong ?
Thanks Robin for your analysis !

Thanks for information mr robin hood !!!
upvote and resteem done

I think, you are right because now many countries are thinking about cryptocurrency and soon it will return with big hand.

Does this mean you believe that when stocks crash soon, cryptos will also do that? i think not.

Very informative post. Thank you so much for sharing sir. Upvote and Resteem done sir.

Hey Greg, when I look at BTC using your day trading system it seems like it is going into its first bear market. At this point I think if it doesn't make a big move up, then we can see it at $5000 in a couple months.

Yes a lull in the crypto storm.