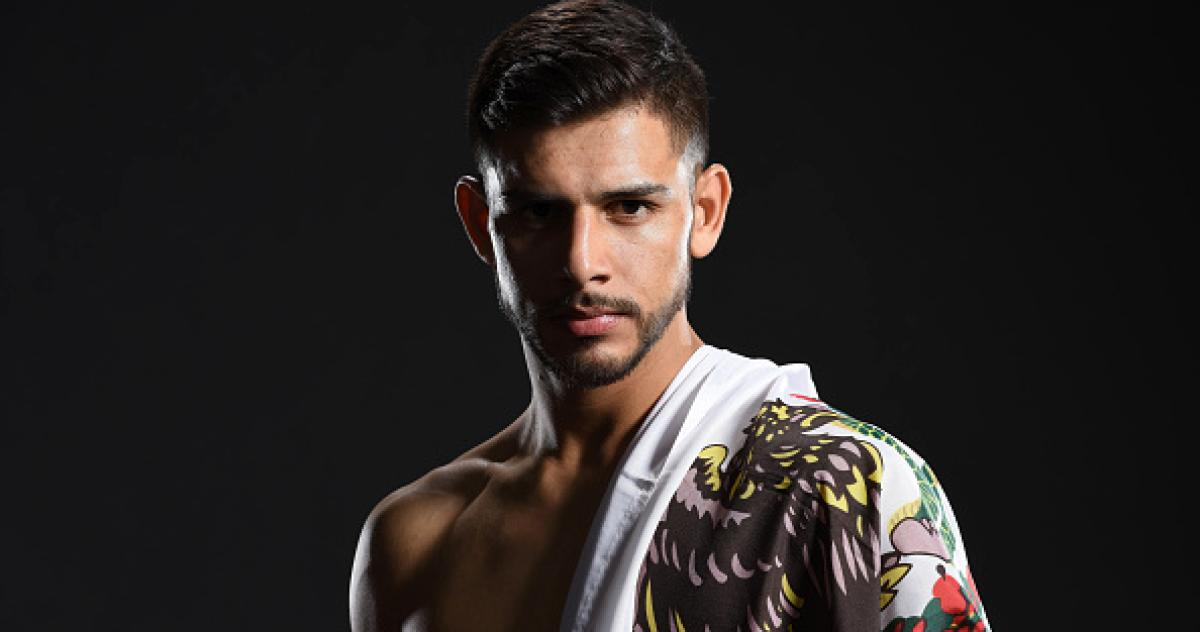 According to the Head of the UFC, He was off a year, rejects a fight with Lamas and then doesn’t want to fight a guy below him in the rankings and then he turned down Zabit Magomedsharipov for UFC 227 on Aug. 4 in Los Angeles. He can go somewhere else the head honcho lamented. We have no use for him. Even going as far as saying that this is the real news as a reply to Yair's tweet saying the fight with Zabit was fakenews.

Earlier this year, Rodriguez said he was close to a return, and intended to move to Las Vegas to train at the UFC's Performance Institute. Since his last bout ended in a loss, technically the UFC can cut him from the roster. It is just interesting that White would openly say that it was retribution for turning down fight offers, which is also within the fighter’s rights to do. Once touted as a rising star and the UFC banking on him to be the future face of the Mexican fight scene market to being someone who was quickly released from the roster, all in a short span of time. This sad fate seems to be the case of Yair Rodriguez, who is still just peaking his prime. It’s kinda disappointing to see the end of Rodriguez’s UFC tenure this way.


Rodriguez who is now 10-2 MMA, and 6-1 in the UFC had been on an almost unstoppable streak with six straight wins inside the UFC octagon, which included a dominant 2nd round TKO finish of former champion BJ "the Prodigy" Penn in the UFC Fight Night 103 main event in january last year. In 2014 he was the tournament champion of the "The Ultimate Fighter: Latin America" television series in Mexico City beating first runner up Leandro Morales.

The UFC then booked him against former champion Frankie Edgar. In which we saw Edgar dominating Rodriguez in a 2nd round TKO, and Rodriguez has not fought since that May 2017 defeat because of injury and now when he’ll fight next and for whom is anybody’s guess. It’s probably a tough spot now for the TUF Latin America winner, but with his flashy fighting style and solid Mexican fanbase, offers from other organizations would likely come pouring in eager to get the young prospect signed. What's weird is that no reply or issued statement has come from his camp yet.

True to the word, news travel fast as recent update provides that Bellator president Scott Coker already has his eyes on signing the newly minted Free Agent. A recent article on MMAJunkie appeared and he indeed confirms having spoken to Rodrigue's camp with the intention of bringing him to the fold and this was shortly aftrer the Bellator 199 weigh ins.

Despite the interest, the Bellator's executive says that he is awaiting confirmation that the cutting is a done deal because if it wasn't then serious negotiations with all just be wasted. Implying that the UFC president may just be emotional and change his mind all of a sudden. Despite the calm and slow demeanor he was quick to point out that no matter who the free agent is if he is at least top ten in the rankings then they really are serious in speaking and coming to terms.

PS. My banner is from Vintage vector created by Freepik and these writings are my original work and have cited my picture and information sources and my translations are of my own words and so may vary from their directly translation as there are vast differences between the Maori language and the English language. I am not a native Maori but has had lived with them for a few years now and I still often ask for help assistance from them from time to time. With this I aim to get more people interested in learning the language that has for so long fascinated me.

Totally! He's awesome!! But he shouldn't have declined Zabit it was supposed to b awesome.

Unfortunately Dana White runs the UFC as a dictatorship.
He controls it,and imposes his will on it's fighters...
I think he could have worked something out with Rodriguez but also..

So true my friend. Zabit is very talented and regardless of rankings this would make him a bigger star should he win

To tell you the truth am really shocked abt this news because the reason they gave" UFC" gave was tht he had refused to fight some opponents turning down fights.... kinda lame if u see wht Mystic Mac Dickhead does))

Totally! If you dont make enough money for the UFC you get treated as dirt.

Used to be the best promotion((( I guess we will see the sport deteriorate or the rise of a new MMA promotion because i doubt Bellator cant cut it)))) OOOOPS!

Go to Bellator !! come back after your the champ there.

If you become champ in bellator they don't let you go. Like a clingy girlfriend.

well I do not want to issue a judgment against him, but I think his reasons will have

He turned down a pretty awesome fight which is a downer though.

I know right, his moves are awesome too.

Thats actually quite shocking news for everyone .

I feel their just fucking with him, just keeping him in line.

Congratulation esportsworld! Your post has appeared on the hot page after 107min with 47 votes.

Sneaky Ninja Attack! You have just been defended with a 53.29% upvote!
I was summoned by @esportsworld. I have done their bidding and now I will vanish...