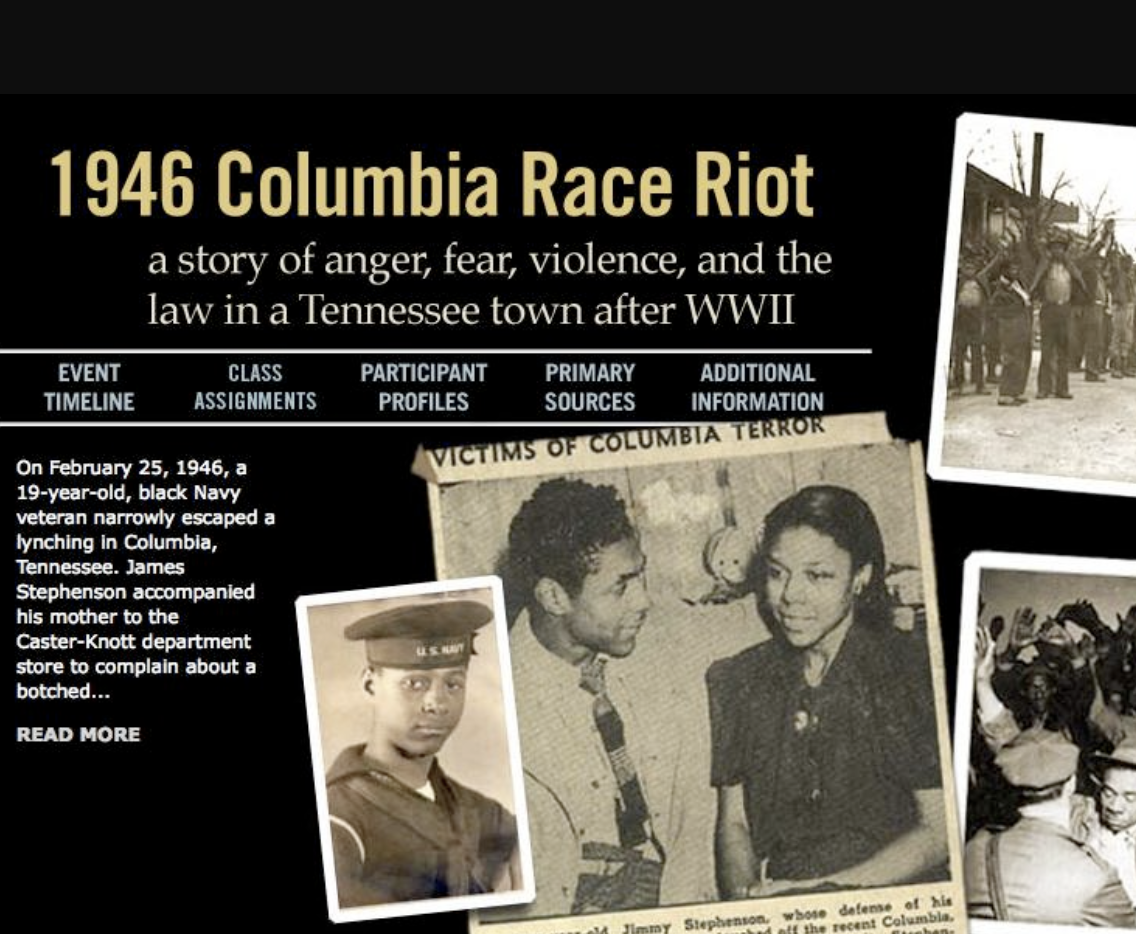 It began when Gladys Stephenson, a black woman, went to a shop to get her radio repaired. The owner of the shop, a white man, was giving her a hard time; he kept charging her money and giving her the run around at the same time selling her radio to another customer.

On February 25, Mrs. Gladys Stephenson went back to the store but this time she brought her son James, a World War II veteran. When Mrs. Stephenson demanded compensation for the overs and for the sale of her radio. After a heated debate, one of the shop’s employees,William Fleming, made an aggressive motion, as if he was ready to smack Mrs. Stephenson. James steps in between defending his mother. At this time, Columbia’s black veterans came home after World War II with a new mindset to resolve the racial discrimination and violent acts towards blacks; during the same time period blacks and whites were clashing over jobs and fair wages. After WWII you began to see the black community come together as start militarizing to protect their communities. As the Stephensons are leaving the store, the employee is so mad that he punches James in the back of the head. On top of being a veteran, James was also a skilled boxer. After a brawl inside the store both end up going through a glass window; James continues to pound. The locals saw the altercation and ran over and began to strike James. Mrs. Gladys defends her son by picking up some of the broken glass and starts slicing. Both end up getting mobbed out and eventually were arrested. They were charged with breach of the peace and received a fifty dollar fine. This charge did not sit well with John Fleming, the father of William, and majority of the white locals in Columbia. The Stephensons were arrested again on charges of assault with intent to commit murder. The two were released after a prominent black businessman, Julius Blair, bonded them out. Local whites hear about this and began to gather around the town and discuss lynching the two. The word gets back to the Columbian black community, and they send the Stephensons away and prepare for white backlash.

Mink Slide, the black business district located a block south of the square, prepared for the white mob as they attempted to come destroy their businesses. Many of the black Columbians armed themselves and positioned themselves on the rooftops in the Mink Slide area. On the same night, a white mob gathered around the courthouse. Multiple sources have different events having next. Some say whites began to smash out windows and pour gasoline in the Mink Slide businesses others say law enforcement came to the Mink slide district to calm down the blacks or they were responding to shots fired, as the blacks turned off every light in the Mink Slide area. Regardless of how the shooting started, the black Columbians felt the need to defend their property and their life, especially after the history of lynching. The wounded whites were pulled out and taking to safety as the mob grew larger and louder, as they were in shock. The sheriff calls in the TN State guard; during this time more whites from the mob start to close in on the Mink Slide area and the blacks continue to shoot as they defend their property. Finally, on the following morning, the state troopers move in aggressively. The state troopers shot into random buildings, searched homes without warrants, and arresting more than one hundred blacks and charging 25 with attempted murder.

Congratulations @jclick14, you have decided to take the next big step with your first post! The Steem Network Team wishes you a great time among this awesome community.

Congratulations @jclick14! You have completed some achievement on Steemit and have been rewarded with new badge(s) :