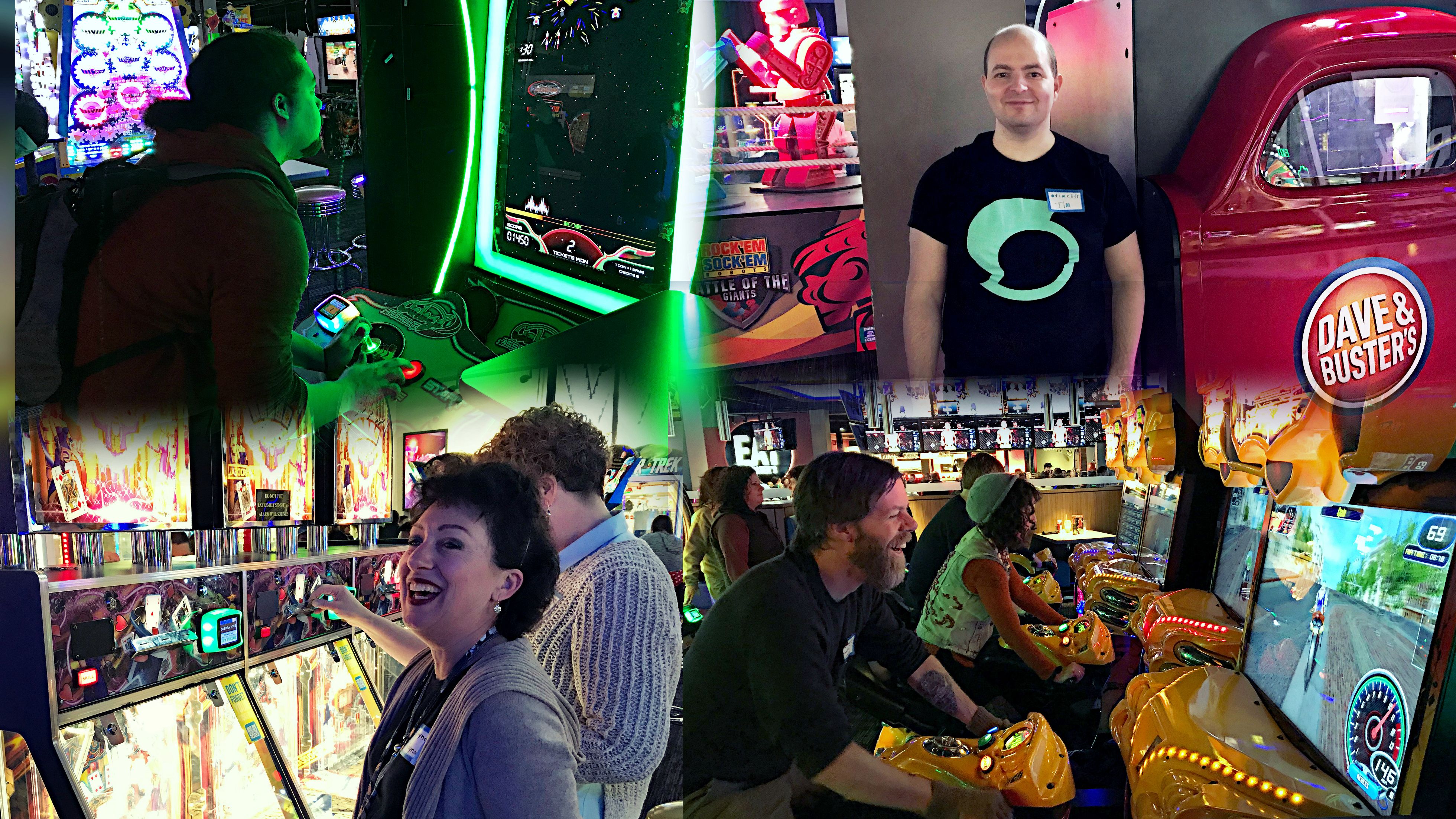 Last night we had the Minneapolis / St. Paul Steem Meetup @ Davanni's pizza and Dave & Buster's. The event was a ton of fun!

Here is a video of the event compiled by @artist1989:

Everybody was impressed with @ddrfr33k's "Dance Dance Revolution" skills:

A huge thanks to @intelliguy for donating a tablet to be given away at the event! Congratulations to @mininthecity :) Also thanks to @relativityboy for bringing Steemit memory cards and Steemit "swag" to give away: 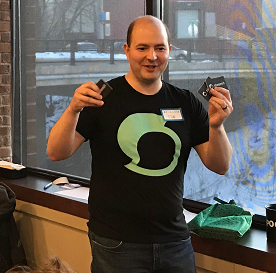 Damian did a great job drawing the winners: There were tons of great conversations! 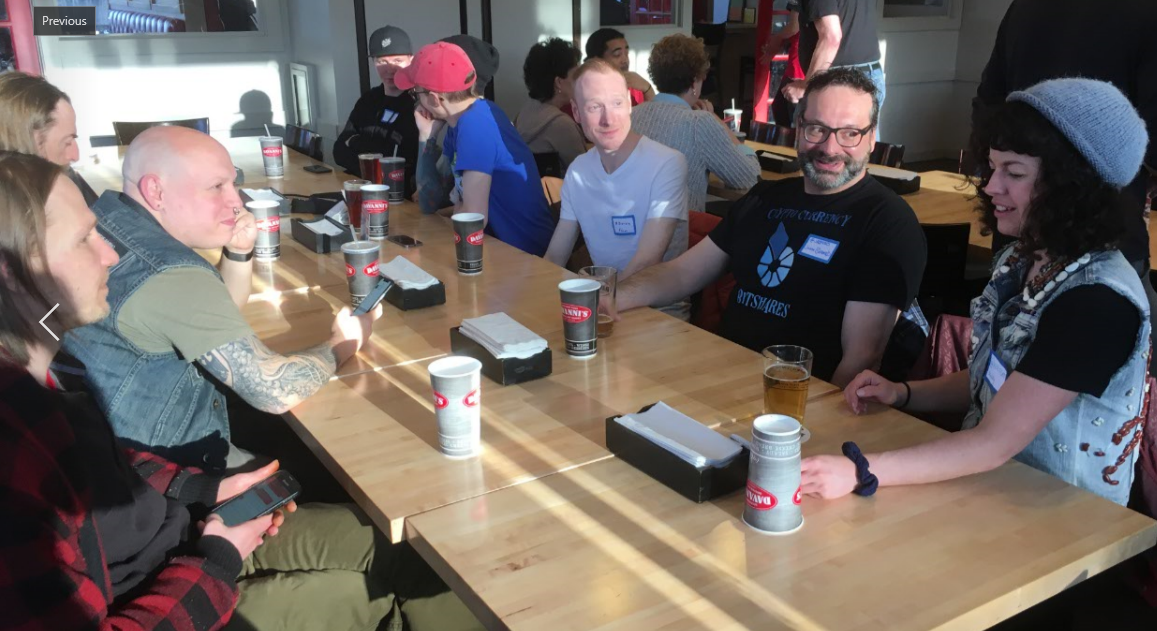 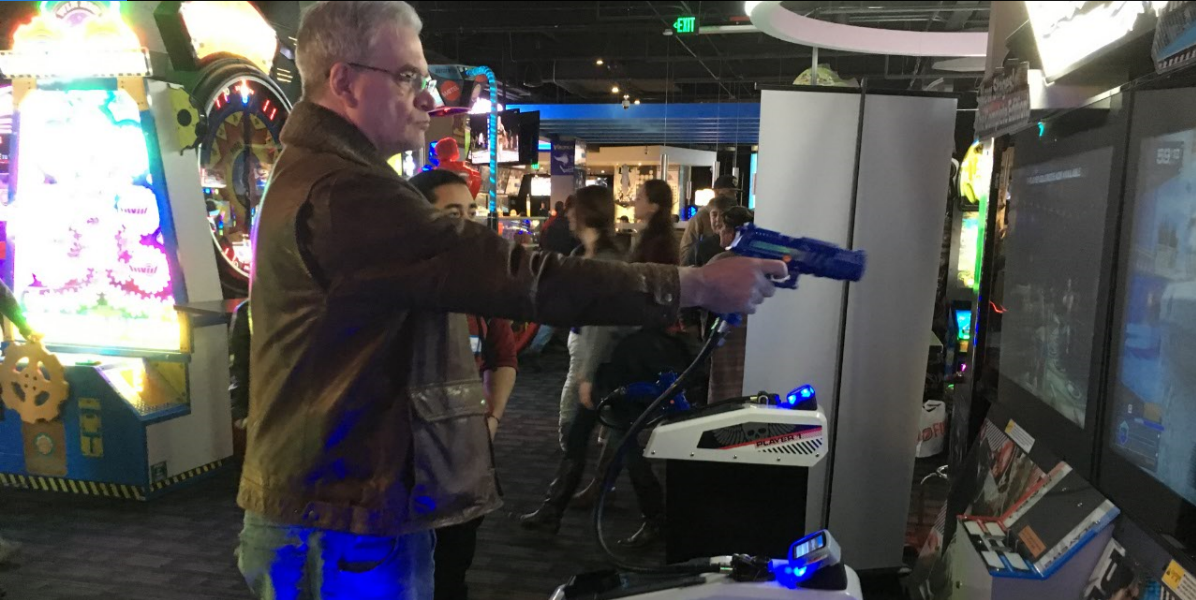 Here is everyone that was at the event:

Thanks everybody for being there - it was a great event!

Wait! Wait! You didn't say who actually WON the tablet?

Oh I get it... you're leaving it up to my investigational skills...

Okay. I see the one smiling is @mininthecity from the group photo

Sure enough, she posted proof she won it here:

See? It just goes to show.. we always need to pay attention. ;)

We were all very curious about the "mystery" prize. It was fun to be the one to open and reveal it :)

Thanks for pointing that out. It wasn't meant to be a mystery :) Post updated.

Thank you again (so much) for donating the tablet to the event! It was really a special part of the evening that everyone enjoyed - especially @mininthecity ;)

Next time, they should give away an Intellivision. ;)

You mean "he" should have? Haha... that thought has a nice resonance to it :)

Quite a group meetup, glad to see you had fun. The video compilation is awesome.

Such a great time! Thanks @timcliff for putting this on. I just woke up and saw the video and everything. Great to see everyone who made it. =)

This night was a blast! Thanks to all who shared and created the photos and video! The grand prize is very much appreciated @intelliguy! And thank you to @relativityboy for donating prizes and @timcliff for being a generous host! Great to see ya'll Minnesota Steemians!

I had soo much fun...What an Awesome Meetup! Thx to @timcliff and @artist1989 for the great pics and video!

Love it, looks like you guys had a blast. :)

If you haven't already heard we're doing a full weekend conference in Vegas this Friday-Sunday on the 13-15th. Realize it's too soon for many people to plan for but maybe a few a you adventurous souls will want to go it. steemcreators.com
Whatever the case, keep on rocking Steemit meetups and doing good for the community! :))

Thanks so much for putting together last night’s Steem Meetup @timcliff. Really had fun!!

It was great having you there!

What a blast! You did a great job putting it all together, @timcliff. The compilation video is so awesome!

It was awesome to meet everyone, being so new it was great to connect with some of the seasoned members of the community and learn a bit--no, a lot--more. Seriously thanks for putting this together @timcliff!

So happy to see that you all had a blast! I’ll be sure to make it to the next meetup!

We missed having you there :)

One of the priceless moments was when @kommienezuspadt looked me up on Steemit from his phone, and my most recent post was an entry in your writing contest, @vermillionfox. He said, "Oh, that's my girlfriend!" :-)

It was fun watching that happen! This makes me appreciate what a small world it is and that our community is even more connected than we might have imagined.

So true. I love that Steemit is a big and growing social platform, and yet you can get to know people pretty well, whether or not you ever meet face to face. Discord has been awesome for that.

Pump is, uh, a little ridiculous, isn't it?

Managed to set another record last night, though. So that was nice!

I had a blast @timcliff thank you. It was fun meeting with new people and familiar faces.

and @roundoar03 brought Damian? 😃😃 Its an amazing way to put the younger generation. I see Damian growing up to be a whale in the future. Good stuff

Aww man, I live in Anoka, MN. I would have loved the opportunity to meet everyone. This looks super fun :D I haven't been to Dave n busters since I was 15!

Thanks for creating this @timcliff. It was really fun, and has definitely inspired me to sponsor a local gathering.

@jrb450, @mininthecity, you two are so photogenic you're both required attendees. 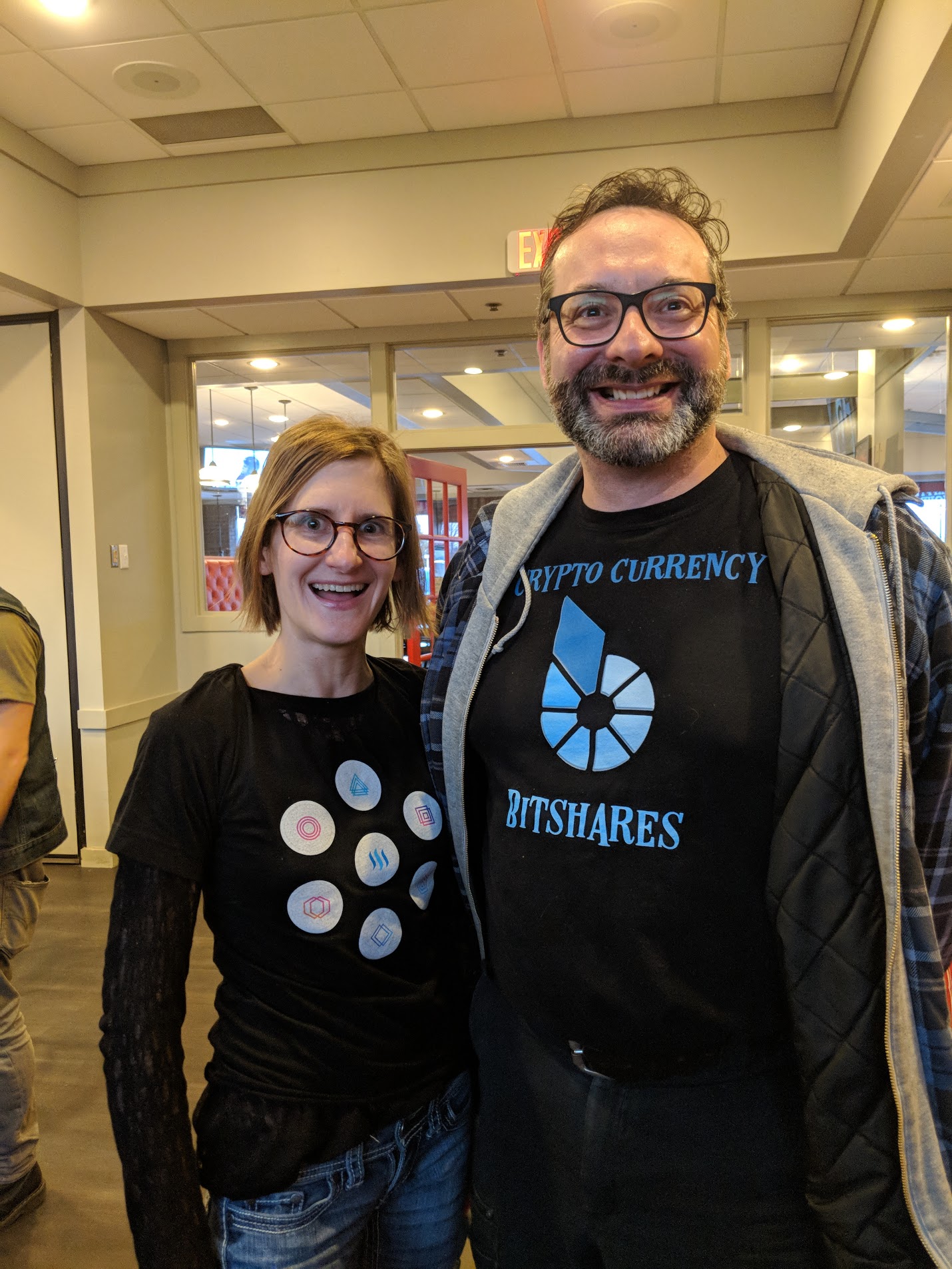 Thanks for sharing this photo! You can see how excited we were. All full of Steem... Looking forward to more local gatherings!

I love your lifestyle, greetings @timcliff are an example to follow.

Hi @timcliff! How I like to wander during my lunch break from a page to another till finding great people.. your meeting was so cool, sometimes I wish I was in U.S. to enjoy these events and the great mood of friendship and fun 👍

Thanks :) Maybe we can meet one year at SteemFest.

If it will be in Europe, indeed.. you big guys make one in Italy, excellent food, nice people, art, loads of places to explore and a very enjoyable lifestyle 😉

A perfect model for meet up organizers in other parts of the world to follow. Beautiful and high quality pictures and oh my God! I love the dancing part. Greetings to our brothers in Minneapolis

Looking great Tim!
but have gain some weight.
try to reduce it.

Lol, yes - unfortunately. I am working on it :)

Wow, @timcliff excellent meet-up in Minneapolis, want to make one in my home town too in Minsk. Well done with the prizes and memory cards, very cool idea. Will try to do that, too!

Now that’s how you put together a meetup!

That looks like it was an amazing event. It has everything I could expect of a steemup: laughter, food, fun, memories and community.

I only knew @jayna before this post. What great exposure this is!

Yes, those really are the ingredients for a great get together! And one more — the common bond around the love of cryptocurrency and Steemit!

The video compilation was awesome and glad to see y'all had a blast. Looks like @ddrfr33k was on expert mode judging by his quick footwork playing DDR. Skill level = 9000 😂

That was a 7. The game goes up to 34. Out of all of us in the MN Rhythm Gaming community, I'm one of the lowest on the totem pole.

It was so fun! Thank you @timcliff!

Lovely way to kick off some spring fun. :-)

I want a t-shirt like that man hehehe. Regards

I got mine at SteemFest :)

Men! I particularly admire the dancing steps. I wish we could all incorporate it into our meetups in other parts of the world. In most places, new type are only about long witty talks. Nice initiative there

I happen to do a charity drive every November for Extra Life. I get a group of friends together and play DDR for 8 hours+. Last year, I did 12.5 miles and raised over $1000. I'll be doing it again in about 7 months!

Wow! This is amazing . I'm glad that yours is not only about long talks. God bless you @ddrfr33k

If you can get the word out or even throw $5 towards it, you'll help save a kid's life. And laugh at me as I try and kill myself again.

You're wearing a Steemit Inc. t-shirt at a Steem meetup.

I got it at SteemFest

It really would had been fun... A great time to spend actually...

Wow, such a nice blog @timcliff

The pictures are awesome.

Awwwwn... Amazing.. Meet-ups are always so awesome. Reminds me of Ibadan meet-up about 2 months ago. Yaaaayyy