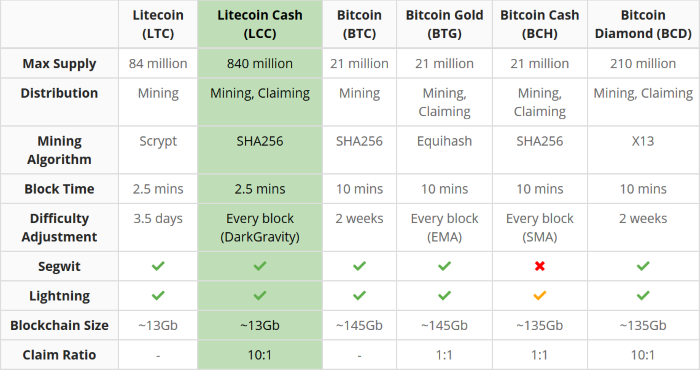 Fork Block - At block 1371111, Litecoin Cash will hard-fork away from the Litecoin blockchain. This is currently expected to occur on Mon 19 February 2018.

Optimised for the Real World - Target block time of 2.5 minutes gives 4 times the transaction bandwidth of Bitcoin, while transactions are 90% cheaper than Litecoin.

Slow-Start Control - To prevent dominant early miners having an unfair advantage, block rewards will start at 1.25 LCC and grow to 250 LCC over the first 400 blocks after the fork. The first 24 blocks after the fork will be mined at minimum difficulty. After this, DarkGravity will adjust the difficulty based on observed block generation time. The 250 LCC block reward (equivalent to 25 LTC) will halven at the same chain heights as Litecoin.

Pre-release Bootstrap - We'll release a blockchain bootstrap that you can download before the wallet becomes available or any mining is done. This will allow everyone to start mining at the same time instead of first having an unfair block download race. We're going all-out to ensure a smooth and fair launch.

Small Premine - Less than 1% of total money supply at fork time will be paid to a development fund.

Because everyone else is too busy forking Bitcoin! Because we want to give something to the brave Litecoin hodler community! Because we know you'd rather not have to download 140Gb of blockchain to claim your coins! Because you've got old BTC miners gathering dust that need a new task! Because we can!

YES - Anyone holding Litecoin at block 1371111 will have 10X as much Litecoin Cash. If your LTC is stored by a third party such as an exchange, then you must inquire with them about claiming your Litecoin Cash.

How do I claim my Litecoin Cash?

We've made it super easy to claim. No need to mess around in the debug console! When our wallet’s released, you'll find a menu item to help you import your Litecoin private keys and claim your Litecoin Cash.

Compared to Bitcoin: LCC is much faster and cheaper, and has far more bandwidth and better difficulty retargeting.

This will be awesome.

This will be awesome.

I like your post, the necessary information about the crypto currency, thank you very much for sharing with us.

Bullishit. What's the USP? A more centralized mining algorithm and a higher supply? That's it? Nobody will ever use these forked shitcoins without major (!) innovations.

Only Bcash can hold it's position quite well, because it has famous supporters and is therefore backed by a lot of money. Anyway if LN will work as expected we'll see the same happen to bcash as to bgold. A slight decrease of the price over time until it dissapears. If LN will fail - which is still quite possible- it's kind of a life saving investment to hold some bcash.

Nothing of that is true for lcash, just another useless fork.

lcash will go the same way of lgold

Honestly I dont have much knowledge of crypto thing. We'll this post is a bit of information.. Slowly im reading some post of bitcoins and something related to cryptocurrency to learn and get some information and hopefully I'll understand it in time. Thank you for sharing.

did You see price ? https://coinmarketcap.com/currencies/litecoin/#markets

Litecoin cash is a scam!

will see,what is going on in 2-3 weeks

Litecoin market cap is very low compared to some of the other newer coins. I think litecoin will catch up massively this year and become top 5 again

Having said that I would invest some now and invest more once the market is stabilised
$0.00
Reply
[-]
marizam (36) 2 years ago

I owe you an infinite thanks, for your support. I want you to know that your publications are great and of great interest to us.

very excited about this

I like your posts, necessary information about crypto currency, thank you very much for sharing with us.

my best regards @adikuala for brother who is away there
@ 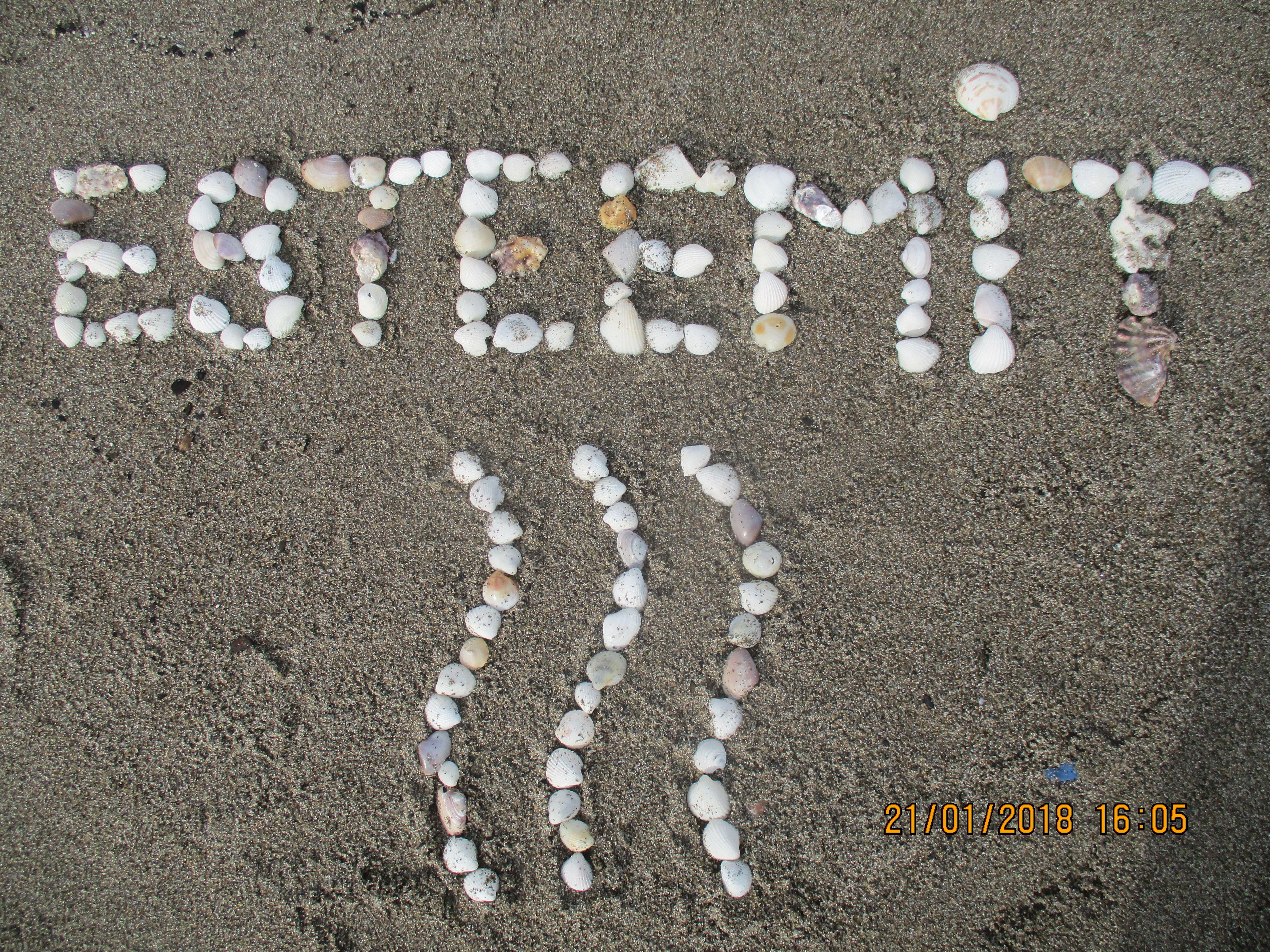 Awesome shanks for this information. I had heard some bits and bobs about this happening but wasn't sure what it was all about. This cleared it up for me and also excites me as I do have quite a bit of LTC hanging around so hoping for some gains with 10X LCC. Fingers crossed.

You got a 9.60% upvote from @postpromoter courtesy of @smarthamster72!

Sneaky Ninja Attack! You have been defended with a 2.02% vote... I was summoned by @smarthamster72! I have done their bidding and now I will vanish...Whoosh

How does the fork work? Do I have to hold LTC in the wallet in order to claim the alternative coins? Sorry for the noobie question.

I'll happily switch my hardware to mine this for a few weeks, hopefully it won't disappear into the ether.

So, I don't get it. Say I have 10 Ltc on freewallet it some other wallet. Will there magically appear a new LCC wallet with 100 LCC in it or do I have to have that 10 ltc on a specific ltc wallet on a specific ltc site? So confused.