I could do 100+ posts about being in the Navy.
Here's a few of the highlights... 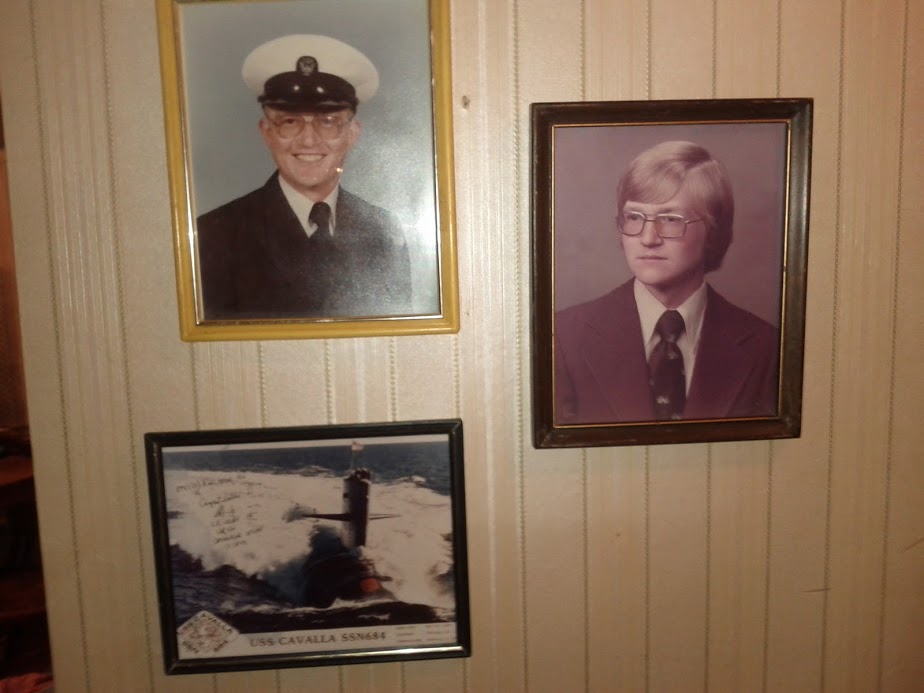 I, Dave Akins, do solemnly swear that
I will support and defend the Constitution of the United States
against all enemies, foreign and domestic;
that I will bear true faith and allegiance to the same;
and that I will obey the orders of the President of the United States
and the orders of the officers appointed over me,
according to regulations and the Uniform Code of Military Justice.
So help me God.

Lies the recruiter told me

Vacationing in the Navy

Mayport, FL
My first cruise ship was a bit late out of overhaul.

Norfolk, VA
I stepped through Norfolk, VA to catch a flight to Cuba.

Are you a vet?

So, I guess I should have joined the Navy, because aside from Kenya and Idaho, I've always wanted to go everywhere else you went. I've been to Idaho, and probably near, but not in the nuclear facility you book learned at.

I have been to Oahu and Pearl Harbor. The island is nice and the memorials were very somber but respectful. It was an interesting experience both times.

I've never been to any part of Florida yet, but we do have a friend near Orlando that we've talked about visiting, and we've discussed actually retiring there a time or two.

I don't know anything about nuclear reactors or electronics, for that matter. Both my grandparents were in the Navy, though (I don't know what their specialties were, though I suspect my Mom's Dad welded, since he did that for a living later), and my father actually got a degree in Industrial Engineering, that pretty much was a bust.

It sounds like you have some pretty fond memories, and that you enjoyed seeing a good part of the world.

Yes, I enjoyed the Navy. Glad I didn't make it a career, but that would have been OK too. Having that income and additional skill set would have made for a grand 2nd career. But, I have no regrets at all how my life has turned out. One adventure after another...

There are a lot of people around this area that have never been more than 100 or so miles away from home. They think this is what the world is like. It was quite eye opening to see some of the poverty and disease in Kenya and the poverty in the Philippines. I thought about moving to Australia. It was a very cool place and they used to have that program where they would give you some land in the outback and help you get started. But I really like family. Getting to visit in person with my 86 year old mom and play with the grandkids is a big joy for me.

I enjoyed the movie Pearl Harbor more than the memorial. It was a bit much for a 20 year old to grasp.
Hawaii was very beautiful. The beaches were cool, but the Virgin Island beaches were awesome!

Florida would be a big change weather wise for you. It gets hot there. Any time it went above 100F, we wouldn't have to do PT and no double time marching. We had several days above 100F. Politics may be a hair better. Cost of living is probably pretty similar to where you are, but waaaaaaaaay higher (I'm going back to put a few more aaaa's in that... for the competition... you know... haha) haha than here. And it's not nearly as pretty as where you are. But it's still something to think about. They have created a retirement heaven there...

The funnest thing about the Navy is the same thing that is fun about Steemit... meeting people from all over and getting to know a few of them well enough to call them your friend...

Yeah, I've given up on finding the perfect place to retire to. If I could convince my wife, we'd do what my paternal grandparents did. They would live in a tiny Idaho town in the lower panhandle for six months or so out of the year, and then they would winter in their trailer in either San Diego County or somewhere in Arizona. Generally depended on the rates that year. As far as I know, they both enjoyed it, because winters in that part of Idaho could get cold and snowy.

I'm partial to green, I like breezes, and the ocean nearby, etc. It's just too cloudy and cool/cold too much of the year. But I really don't want desert, etc. And that's just the climate. Then we get into population density, things to do, state and local taxes and politics, property rights, etc., etc. It can be a pain.

I've considered outside the United States. At one time, it might have been safer to be a US citizen living abroad, but now I feel like that's becoming more and more a lost dream. We've just got too many people who don't like what we've done around the world. As it is, I've really only considered Mexico, and there, it's whether or not you would fall prey to one of the drug cartels or the crooked constabulary.

So, anyway. Can't go back in time, and even if I did, I doubt I would have gone. I never heard either of my grandfathers talk about their experiences. What little I was told came from my parents, and that wasn't a whole lot. I think being in any branch of the military where you see active combat duty for any length of time can be tough to talk about because of the things you see, but I really don't know why they didn't share.

Meeting people from different parts of the world is cool. It helps shrink the world down even more, and prove that regardless where you may live, people are mostly just people. :)

There is a neighbor at work that goes to Texas for the winter. That's a good plan. Comes back here for a bit of cooler summer. The State of Misery is a crazy place to live. Cold, cold winters. OOPs, I misspelled Missouri... and hot hot, humid summers.

Baja peninsula has worked out well for a few people like Jesse Ventura. Not sure if it's still a safe area, but it used to be... I met a retired dairyman from San Diego when I managed a campground in Minnesota. He had an RV and a boat and traveled 90% of the time. He would fish the Baja peninsula. Work his way north. Fish the Great Lakes. Then swing back south a different route. He had albums and albums of pictures of amazing catches.

I really loved the ocean. I always thought northern California would be a great place to live, but then I discovered politics and such. I have some cousins living there and it gets a bit crazy to say the least...

You definitely have some beautiful country around you. I love that drive down the gorge to the ocean. My wife has a cousin that lives out there. She's all the time sharing great pics of waterfalls and parks and mountains and ... over on facebook...

Oh, everything west of the Cascades is nice and green most of the year, and the Gorge route is one of the most spectacular pieces of roadway scenery ever. At one point as you're heading west, outside of The Dalles, you've got the Columbia to your right, trees and a mountain slope to your left, and as you look up, Mount Hood rises in the distance. If I could figure out a way to take that picture from the road without wrecking or getting run over, I would.

I would consider Northern California, from about Redding on up. They've wanted to secede from California anyway, join a bit of Southern Oregon, from Medford over to Klamath Falls probably. Call it the State of Jefferson. You see a big old sign on the side of the freeway in a farmer's field to that effect.

I don't hear a whole lot of news out of Baja, which probably means it's okay, since I do hear about people we know going down to Cabo to vacation. I think once you get out of the Tijuana area and down to Ensenada and points south, it's enough of a tourist area and natural reserve that you should be okay. And I don't really know if there's much of advantage to run drugs through that strip of land, anyway. Who knows. They'd probably make it work.

haha yes, I am a nukie bubblehead! haha

Surface, conventional ET. Loved the training and new direction in career but happy to have moved on to civvie life.

Since nuclear power never really took off, being a sonar tech would have actually been better training for a career, at least for me. They got to tinker with way more IC's... Of course, now I bet all ETs learn that. I ended up a R&D electronic tech/field tech/warranty tech for DeLaval, the milking equipment company. That was a fun job. My training is what got my foot in that door.

Yes, we learned it, but the move has been towards modularity and off the shelf commercial equipment. But being an ET is still a great career start.

@alaskatactical and I are exmilitary ✌️💗

Had you been to Hong Kong while your fleet was on R&R holiday? Boozing in Wan Chai.

I have read lots on military history and have vast respect for military personnel. Salute, sir!

Apologize for the delay, been managing and speaking about Steem at the Steem Creators Conference in Las Vegas, NV all weekend. Expect to be within the the 24-48 hour upvote window in the next 48 hours.