Does NASA do "Fuzzy" Math? 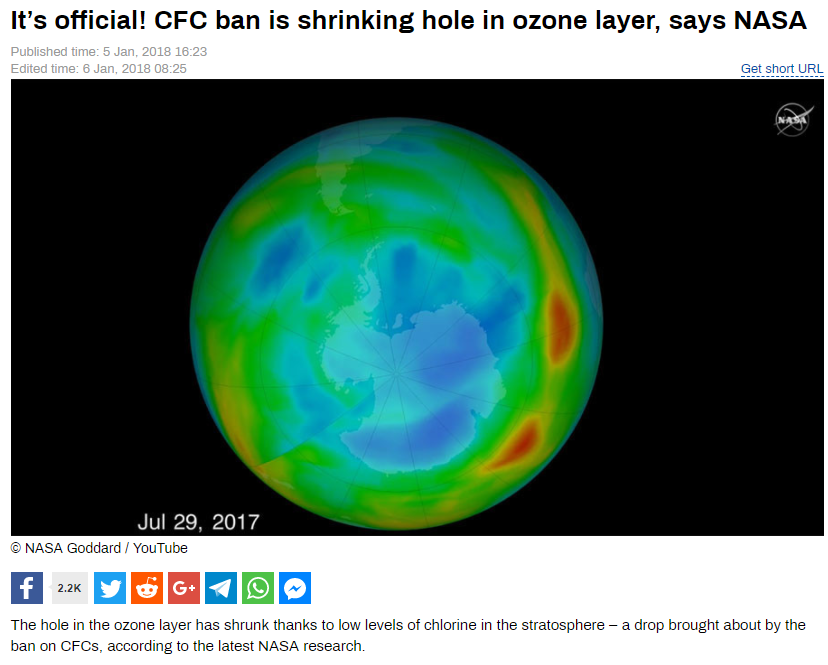 So this article says that the CFC ban imposed in 1987 is responsible for the statistically smaller ozone hole over Antarctica.

CFCs are man-made chemical compounds that, when exposed to ultraviolet radiation in the stratosphere, break up and release chlorine atoms that destroy ozone molecules.

Using a satellite, researchers measured a 20% decrease in the Antarctic ozone hole between 2005 and now.

The article then goes on to state,

"CFCs have lifetimes from 50 to 100 years, so they linger in the atmosphere for a very long time,”

If CFC's were truly causing a hole in the ozone layer, wouldn't it be at least another 20 years before we should see any statistically significant reduction?

Or is this just another instance of confirmation bias?

This is what you get when science is politicized (and funded by people with an agenda).

I'm all for clean air and water.

I just want to make sure that there's actual science behind the solutions offered.

I'd also be more willing to believe the science if the people pushing either the problem or the $olution didn't have $omething to gain per$onally.

Because the Ozone hole is shrinking due to the Sun and not man.