What Is The True Filipino Way of Life?

I have not been reading the Bible lately, but I remember that Jesus said something about always having the poor with us. That since life is not perfect, it is our duty to find ways of improving lives and helping others. Utopia is not the issue. A happy, healthy, productive and safe society is what matters.

I commend the promotion of a company to search for the Happiest Pinoy. A warm Filipino smile, after all, is genuine, even if there’s nothing to be happy about. I reckon that our warmth as a people stems from the gratitude of our hearts. If I can just nominate in the search this old lady that Photographer Regie Libre saw in Batanes… 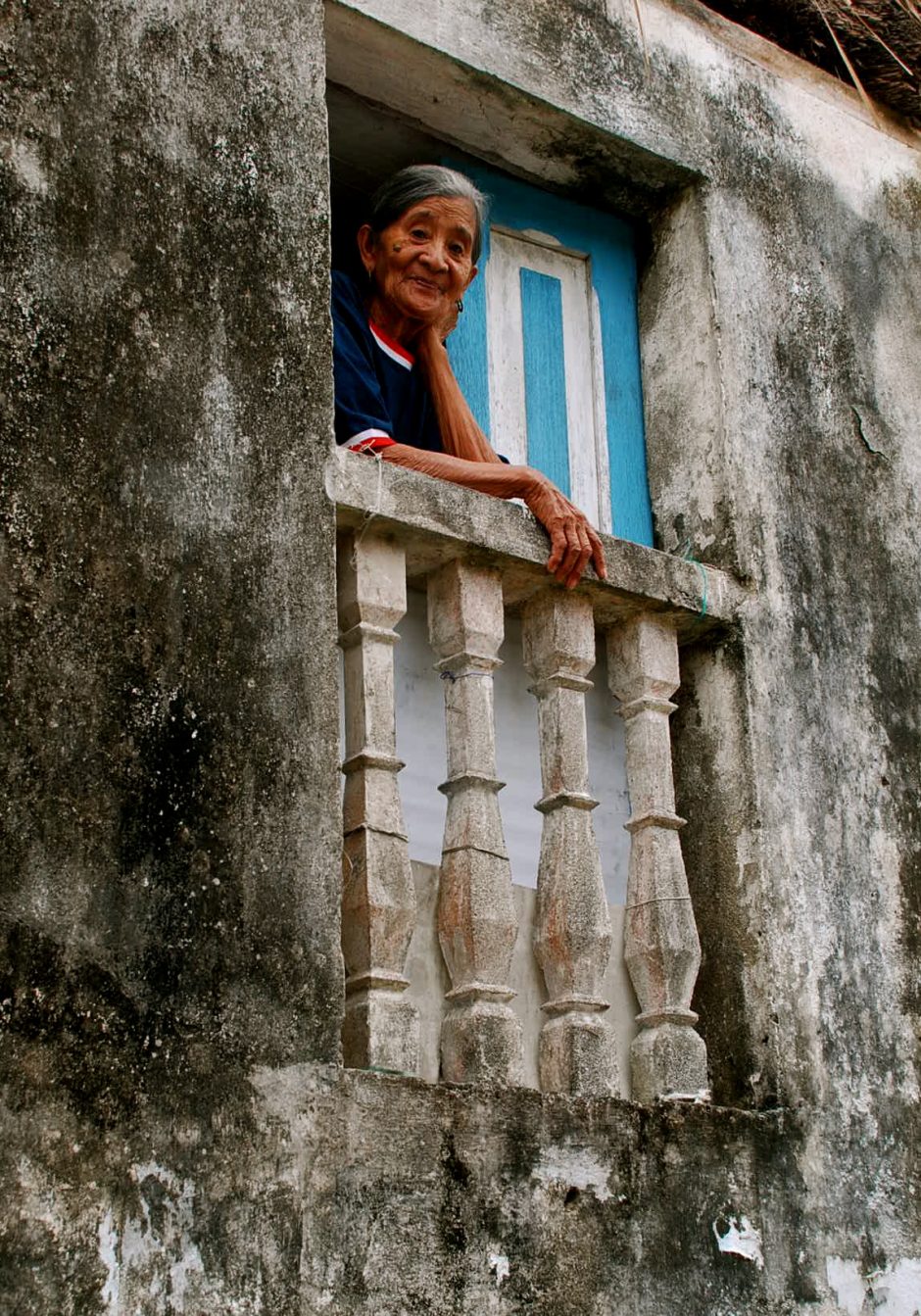 For some time, my notion of such a society was naive. When I figured in a bus robbery incident two years ago, I realized that life is, indeed, not perfect. The poverty we speak of is not just of poor living conditions. It is most importantly about the poor condition of one’s heart because the human weakness of stealing or getting what isn’t yours is not just limited among the so-called poor. Rich and poor alike steal from their fellowmen. It is the mindset that one needs to operate in lack which is the setback of a society, regardless if you are an ordinary person, a politician, a celebrity or a businessman. We can’t point fingers about this. When we have the habit of poking our human fingers at someone’s nose, we define our sense of selves. We are the change that we look for in others. We all have the responsibility to improve our nation in small or big ways.

We can’t play the victim all the time as well. I realized this when I came across the news about a single cop foiling a recent bus robbery. I got thankful that a society can also function to support the protection of its members. A single unfortunate incident doesn’t have to change the ideal that we can help ourselves and help improve the lives of others.

In the afternoon of May 21, 2015, Thursday, Police Inspector Christopher Obien thwarted an armed robbery all by himself. There’s nothing like the good job of a Filipino cop foiling a bus robbery to reassure me that Metro Manila is still a safe place to live in.

Sunstar Pampanga reports:
Dismo and his two still unidentified cohorts were on board JMK bus with plate number TWH-201. They were armed with two caliber .38 revolvers and two bladed weapons when they announced the hold-up upon reaching Edsa. With presence of mind and not minding his own personal safety, Obien shot one of the suspects with his caliber .45 service firearm, according to the police. “Another suspect who was seated at his back tried to shoot him but the police officer was faster,” the statement added. While the hold-up was in progress, other bus drivers and passengers traversing Edsa witnessed the incident and wasted no time in reporting the case to Kamuning Police Station 10, the nearest police station which immediately responded to the report and set up a blockade. Upon realizing he was alone and sensing danger, Dismo hurriedly got off the bus but was arrested by responding policemen. Recovered from his possession was a caliber .38 hand gun tucked in his waist.

The PNP has since promoted Obien with PNP chief Director General Jesus Verzosa saying, “The PNP will never run out of heroes.”

Congratulations @rashley01, this post is the seventh most rewarded post (based on pending payouts) in the last 12 hours written by a Dust account holder (accounts that hold between 0 and 0.01 Mega Vests). The total number of posts by Dust account holders during this period was 8804 and the total pending payments to posts in this category was $1803.94. To see the full list of highest paid posts across all accounts categories, click here.

Kumusta @rashley01
We have given you our still tinnie-winnie upvote!

You have been spotted by a human @rashley01 to possess rare gem!
To remove barriers: 'Everyone must have something to offer'!
#untalented abolishes the conditioning attached to IQ tests e.g smart, dull, bum and you suddenly give every human a chance to shine!
So if Bill Gates did Microsoft and i can do Macro-hard, aren't we both genius? Oh, we both are!

#untalented is a branch of @steemgigs. If you would like to offer your service in building the dreams of other steemians, you can do so under #steemgigs.
However, if you want to experience full blown freedom and grow in confidence about your gifts and talents, share under #untalented.

We aim to create historical moments in the genre of touching lives and you can support us if you desire, by voting on steemgigs for witness. Simply click here https://steemit.com/~witnesses and type 'steemgigs' in the first search box.

Just incase you find any level or form of gifts, talents, attempts at out-of-the-boxness, or any steemian low in confidence about their abilities, worth, etc; please don't let it slip emptily by.
Kindly call on me! Simply reply to any such post and add @steem-untalented or #untalented to your reply and i will be there to upvote, acknowledge, strengthen and encourage them.

The @OriginalWorks bot has determined this post by @rashley01 to be original material and upvoted it!

Hey, I noticed some of your comments. It's not really a good manner to add charitable causes and ask for votes that way from people, especially not spamming it in comments. Some people will flag you for it.

You can add it onto your posts and show that you really did something charitable with the rewards in a future posts, but please don't spam.

Thank you for your posting and
Merry Christmas^^