The rise of the internet and fall of face to face interaction. 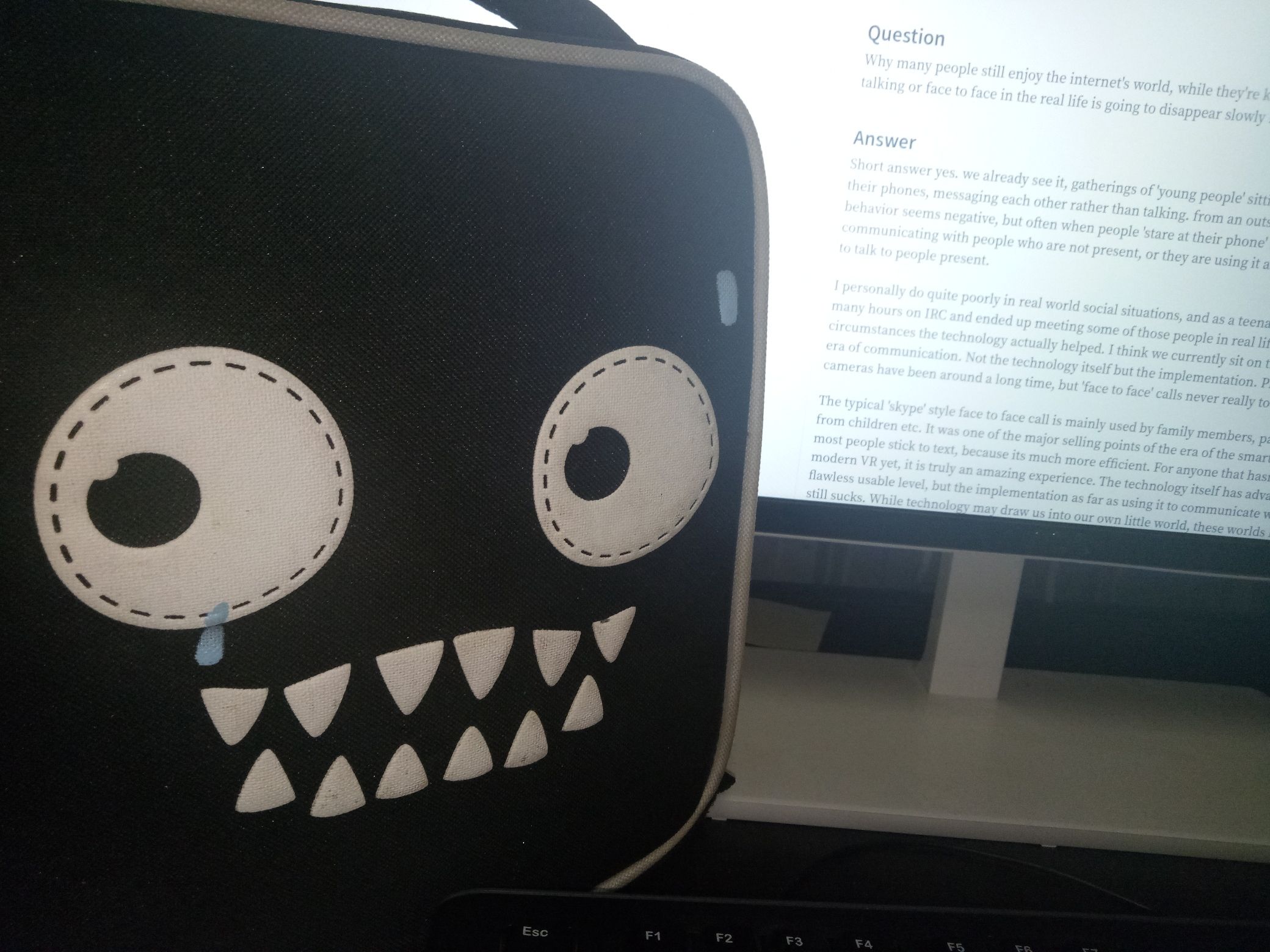 This is in response to a question asked on my 'social interaction experiment' post. Check out the original post HERE

Why many people still enjoy the internet's world, while they're know social interaction like talking or face to face in the real life is going to disappear slowly ?

Short answer yes. we already see it, gatherings of 'young people' sitting around staring at their phones, messaging each other rather than talking. from an outside perspective this behavior seems negative, but often when people 'stare at their phone' it because they're communicating with people who are not present, or they are using it as an excuse no to have to talk to people present.

I personally do quite poorly in real world social situations, and as a teenager in the 90's spent many hours on IRC and ended up meeting some of those people in real life. under these circumstances the technology actually helped. I think we currently sit on the dawn of a new era of communication. Not the technology itself but the implementation. Phones with cameras have been around a long time, but 'face to face' calls never really took off.

The typical 'skype' style face to face call is mainly used by family members, parents away from children etc. It was one of the major selling points of the era of the smartphone, and most people stick to text, because its much more efficient. For anyone that hasn't tried modern VR yet, it is truly an amazing experience. The technology itself has advanced to a flawless usable level, but the implementation as far as using it to communicate with others still sucks. While technology may draw us into our own little world, these worlds have the possibility to be connected with other like minded individuals and improve the overall human experience.

Although face to face is currently on the decline, it is required for healthy brain function. The release of certain hormones and a state of general well being (even for social recluses) requires at least some human to human interaction. A lot of the worlds mental health problems could be solved if more people just hugged each other. The future offered up a few convenient solution as well. More efficient transportation, (hyperloop anyone?) fleets of virtually free electric cars, hyper speed planes and even the collapse of industrialized cities to be replaced with social ones means physically meeting people will become much easier. A world of 'universal basic income' and 'mainstream robotics' would also give rise to a society of people with more 'free' time to gather, socialize and share.

I think we are inherently social creatures, the industrialized world has taken some of that away from us, but as society evolves the possibility for something far greater is on the horizon.