Mourning Over an Abusive Father The ‘65 Impala Supersport was gone.

He had climbed every tree in the old lady’s yard, topped them, cut them, cleaned all the wood and brush and removed it all. He had done it all by himself, and he was only 13.

His payment was the old lady’s all original Impala in the garage. He removed all blankets and stacks of newspaper, climbed inside, turned the key and listened to the low rumble of an engine in perfect condition. He drove it home. He was 13, but in his family you learn quick or your drown and he already knew how to drive. The old lady signed it over to his dad, since even though he had earned it, Jay was too young to legally own his achievement. 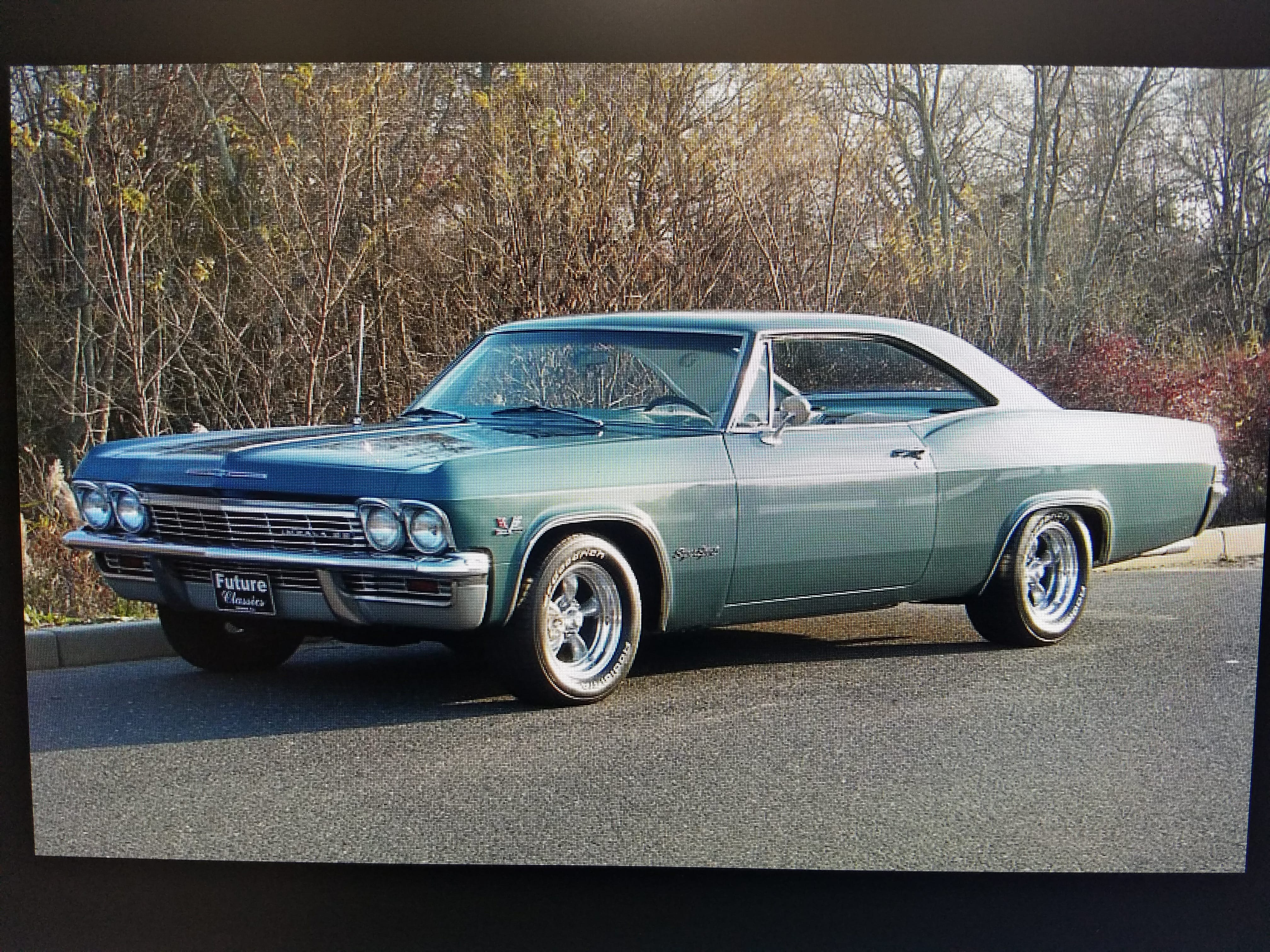 Jay was staying with is mom during this stage of his life and the car slept in the backyard barring the one late night covert excursion into town that went, thankfully, unnoticed. Jay was proud of himself. He worked dutifully to earn his first car, and at such a young age - what a fantastic reward for his toil!
Until the day he came home and it was gone. Dad had decided he needed the money and sold it. Just like that.
This is the first of two vehicles he worked long hours to earn only to have them taken by his father.

Jay’s dad had done quite a few different things during his lifetime to bring in a dollar including pimping out women, growing and selling pot, fixing lawn mowers, running a tree business - he was a “hustler”. Jay had been removed from school on the regular to make his father money by cutting trees. In this way, his father also robbed him of his education. He wasn’t given the option of school on days when he was worth a few dollars - dollars he never saw as they all lined his dad’s pocket.

If his dad had spent the money wisely he probably would have felt differently about it. He would have felt as though he was helping the family. But, of course, the money went to cigarettes and whatever other thing caught Dad’s whim. Now, there was always food on the table, but the kids had to find other jobs besides working for Dad if they wanted anything else.

It’s not that he was a completely dark person. Dad was and still is a funny guy. He dotes on his grandchildren. He hugs his kids and tells funny stories (even though he gets a tongue lashing about his distasteful language often). He is as complex a person as you and I, of course, but as a child grows up he is hardwired to depend on parents - especially father, to protect and guide. A child learns behaviors from parents and environment, and Dad had mostly sinister behaviors and equally devious environment. I would choose to describe what he is by unveiling what he is not: he is not a father. Not a father in any sense of the word. 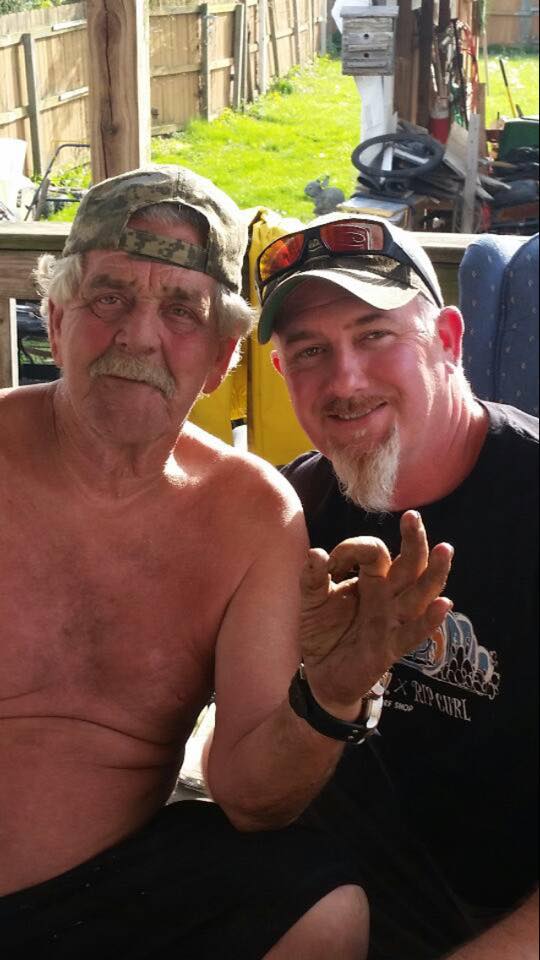 Jay and his dad last summer.

Dad had no boundaries. He almost killed a man once over $25. He ran a brothel from the house. (That will mess up boundaries for any kid.) He beat some of them when the urge took him and consequently passed on the habit to the kids by coercing them into fighting others. He was the bully your parents tried to protect you from. He created a toxic environment for those around him and as the kids matured into adults many of them had wallowed in this toxic pool so long that they couldn’t see any shoreline. Most youth raised under such conditions do not realize other options and consequently become a clone of the thing they hated so much as a youth. Then there are the occasional visionaries. The few that realize the world they have been brought up in is a lie.
That people who say they love you should act as such.
That his gut was right - that there has to be another way even if it hides behind shadows in his world of sadness. It took years of watching and/or taking the beatings. It took years of devastating let down from people who are meant to protect. It took years of selling the drugs and being the muscle before Jay took action on the gut feeling he had even as a child.

Today.
Today Jay is my husband and honestly, the most amazing person I have ever met. It is so difficult for me to realize his childhood based on the person before me; it is such a dichotomy. 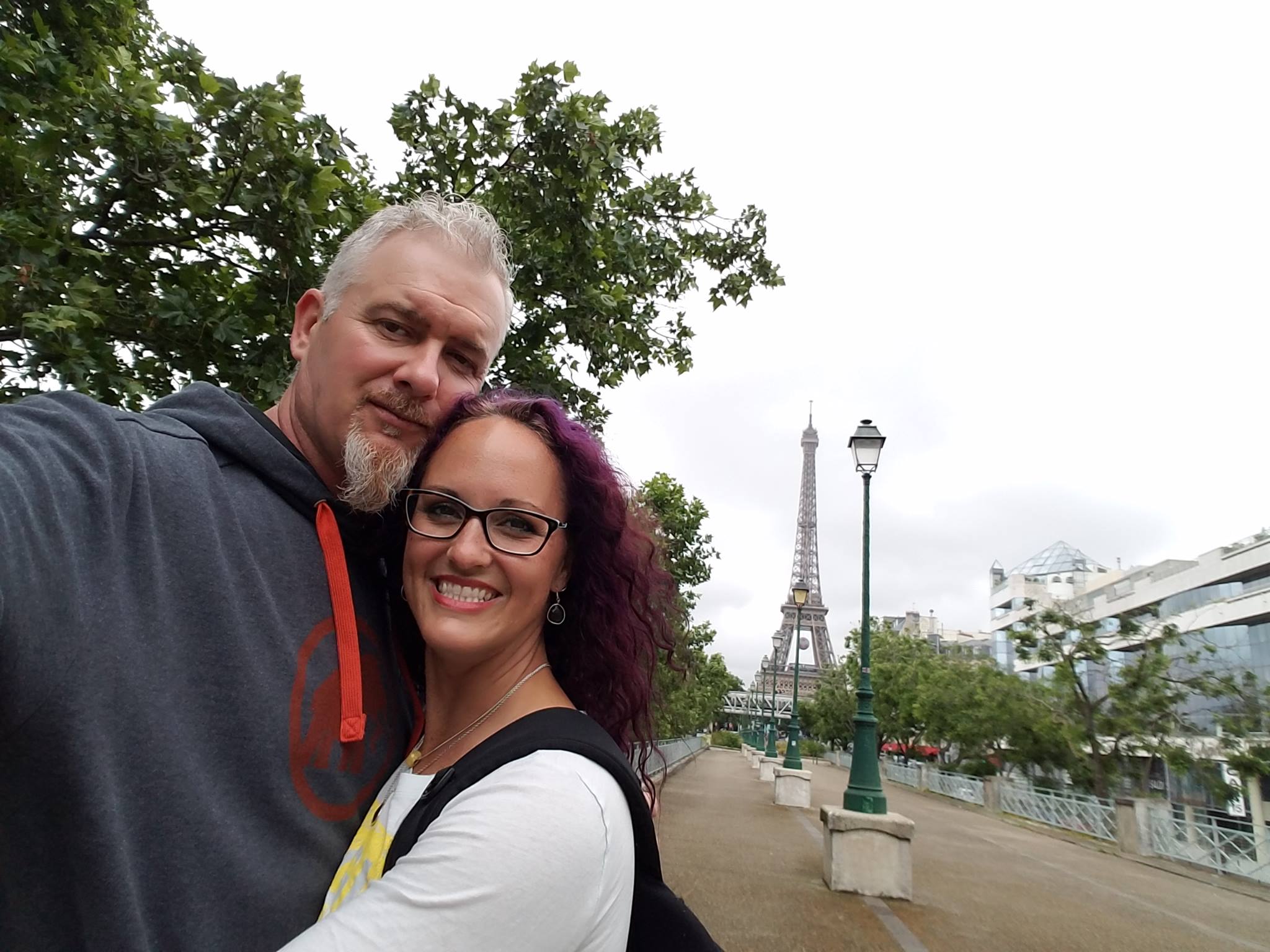 Today his dad, the man that snatched so much from him as a child without ever so much as a look back lies in a hospital bed.
The stroke seems to be worse than we first thought. He isn’t recovering as quickly as we had hoped. At times he talks and even laughs but much of the time he isn’t able to engage.

It’s sad. There is a definite feeling of loss and sadness. But there are so many other feelings hiding under the surface.
Anger.
Hurt.
Pain.
Resentfulness.
Pity.
Love.
And these are just my feelings as a woman who loves my husband. To be sure, whatever I am feeling is compounded and expanded exponentially by Jay. It surely would be easier to just be sad and feel love than to have anger and hurt and resentfulness murking the waters.
I write this because I am unsure how to mourn the loss of someone in this manner. Yes, he is still here, but his being incapacitated has brought to the surface the need to deal with all this mess. Messy feelings. Messy pain that Jay carries inside and tries to push down, push away, push aside.
Here it is. Harder to escape now that he feels obligated to make sure his dad knows that he loves him. Knows that Jesus loves him?
Jesus does love him, of course, but do you talk about it? Will he even understand or care?

I believe I just had a thought that has never come to me before this, or at least not in the same way. Perhaps all this writing was to lead me to this one word. Maybe it is the word Jay and I need to think, to hear, to say, to understand.
Maybe the answer to all the pain, hurt, sadness - to all of it - is this one thing.
Maybe it all boils down to this.
Forgiveness.

This was written so beautifully, it makes me feel emotional Absolutely touching. Honesty really is medicine.

I think my writing has been helpful to the both of us. Thanks so much for your kind words, friend! :)

Thank you for sharing, I have also been contemplating the passing of my father even though he has not passed yet. His diet is out of control and the path is not headed to a good place. Any conversation I have with him about it are taken as me saying his past choices are inferior and wrong.

Ugh. That's so hard.
You are really in a powerless place. I think that might be the hardest - like having a child who is making bad decisions and you can't change it. Maybe the lesson is in how to be powerless gracefully? Accepting that I can't control something is extremely difficult for me. I'm sorry you are going through this. I'm here for you!

Congratulations @organicrecreate! You have completed some achievement on Steemit and have been rewarded with new badge(s) :