For me, Italy encapsulates the spirit of the Mediterranean; its culture is simultaneously fresh and vibrant whilst by rooted in wholesome tradition (the legacy of the Roman Empire is evident in almost every part of the country).

Italy (known as Italia by natives) is located in the heart of the Mediterranean Sea and consequently profits from the fruits of its location- the weather is temperate seasonal. RELIGION
Roman Catholicism is undoubtedly the most predominately practised faith in Italy and this is reflected by the prevalence of world- renown churches; such as St. Peter's Basilica- the largest church in Christendom; in the country. Not to be underestimated is the amount of Jews living in Italy, testament to Judaism being one of the longest established minority religions in the country. Sadly, more than 20% of Italian Jews lost their lives during the Holocaust and, conflated with emigration, there are now just under 30,000 Jews living in Italy.

Italians take great pride in declaring their love of good food and this is certainly reflected in Italian cuisine- it is simply divine! Though food differs regionally it consists of many staples e.g. pasta- the most interesting being Mezzelune, which is the pasta equivalent of a calzone. Italy cuisine is rooted in ancient tradition and dates back as far as 4th Century BC! The Italian landscape is incredibly diverse from the undulating hills of Tuscany to the snow-capped mountains of the Italian Alps. Few countries can boast such breath-taking topography and many of the country's areas e.g. Lake Como, are claimed to be the most beautiful in the world. 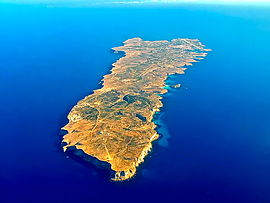 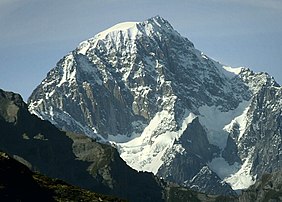 Thank you for reading, I hope you have learnt something new! :)

I'm half italian, but I've never heard that McDonalds story :) so funny :) thanks for posting :)

Thank you @dreamdiary - it's lovely to hear you enjoyed this post :)

@Geniustutorial is a new bot casting votes for its followers. Follow @Geniustutorial and vote this comment to increase your chance to be voted in the future!

Thank you @stimp1024 for promoting this post together with https://steemit.com/budget/@jerrybanfield/introducing-steem-budget-proposals

Sneaky Ninja Attack! You have been defended with a 1.84% vote... I was summoned by @stimp1024! I have done their bidding and now I will vanish...Whoosh