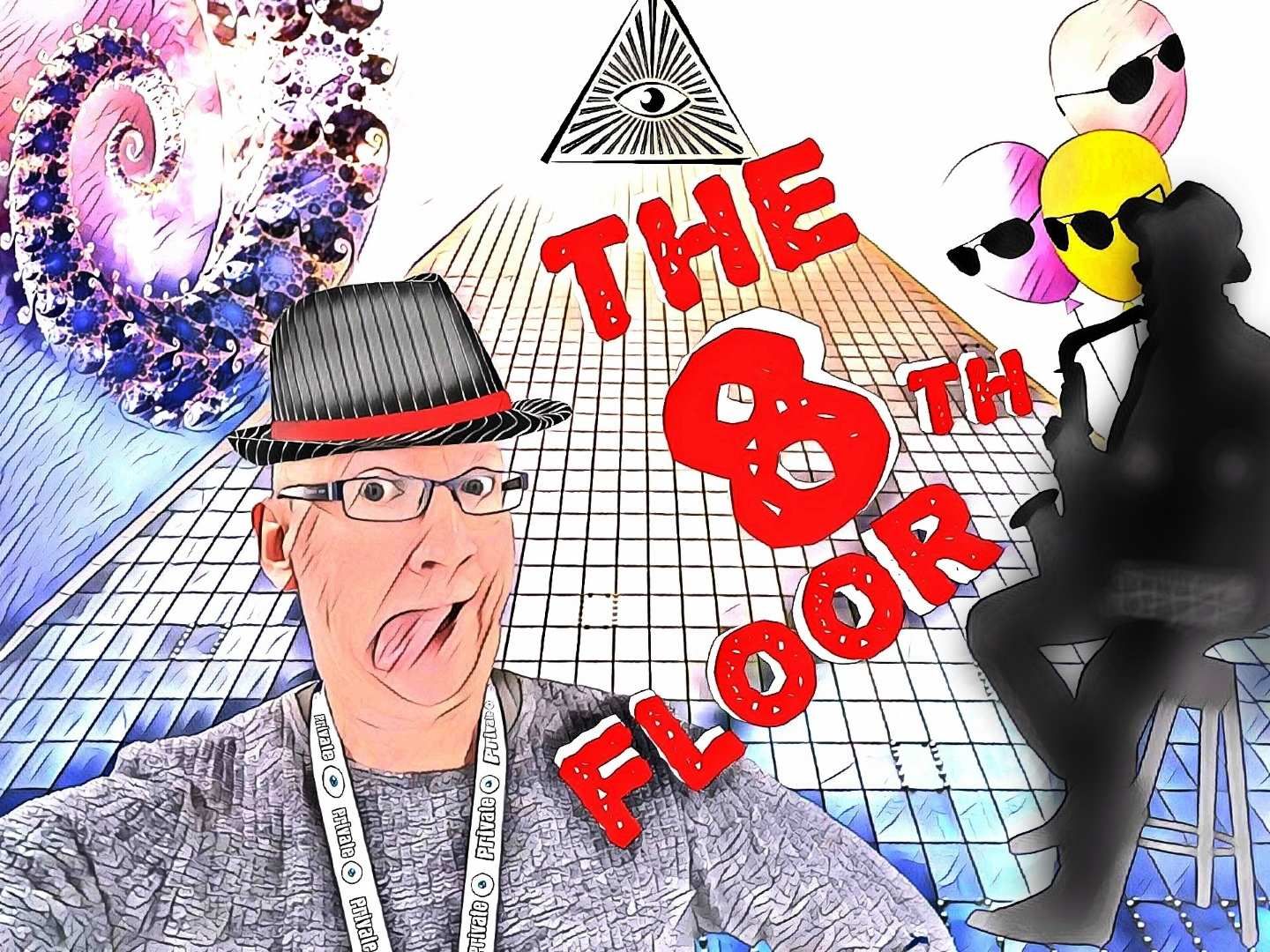 Outside, a cat meowed angrily.

Inside, I gazed at my lady love with an equal measure of fondness and regret.

I wish I didn't have to go babycheeks but this case won't crack itself.

The good lady raised a hand to her brow and let out a racking sob.

Nothing good will come of this case honey. I mean... How can you find a place that doesn't even exist?

If being a man was being two parts toffee and one part stone then someone get a hammer and crack open my rough exterior to get to the good stuff.

I reached forward and clasped her waist with all of my hands.

Baby, I've never not found somewhere that doesn't exist yet.

She looked at me with big confused sad eyes. Like I had made a lasagne with shaved parsnips.

I kissed her with all of my might and made for the door.

My feet pounded the sidewalk alongside the pishing rain. I only had one thing on my mind and that was the mystery of the 8th floor.

Last week I had accepted my brief from the mysterious and finely red-lipped Carlate.

Her painted lips had mouthed at me.

I had nodded handsomely despite wondering if she had gone off her chump...

Because we didn't actually have an eighth floor. Our building stopped at the seventh.

I arrived at the doors of the office and kicked them open. The security guard on the other side squeaked with slow-witted terror. I motioned at him with my coffee holding hand.

Where is the 8th floor, come on, pony up?

The 8th? You nuts? We only have seven floors?

I growled like an angry zebra. I didn't have time for this, it was already ten to nine and I was expected in little less than ten minutes. I reached to my inside pocket for my spoon. Time to get gouge'y.

His eyes widened as he realised his time was short.

He motioned at the receptionist behind him who looked up from her facebook browsing as if poked with a big stick.

I pulled my hand back out, it looked like El Guardia would live to fight another day.

Cooed the receptionist as if I were an over-ripe banana she was about to mash into a pie.

Listen sister. I need to find the 8th floor and fast. I have an appointment at nine.

She tittered. Her hands scrabbling over her keyboard like electrified mice.

It's not the 8th floor you are looking for...

She looked up at me with crazed eyes.

I looked back, willing her to go on.

She licked her lips slowly. I hoped she wasn't getting a semi.

I think you are looking for...

What? What did you say?

She made a face as if forcing the last of the milk from a cow's udder. Her lips moved again.

Try as I might I could not decipher the noise that she was uttering into anything that sounded human. I waggled my hands to the sides and mimed confusion.

She rolled her eyes as if I was yet another guy who couldn't find her little hooded man. Sighing she scrawled the number 8 lying on its side on a post-it note.

I looked at her through slitted eyes. By golly, if this broad was playing me for a lemon she would be the first to taste my bitter seed.

I backed off toward the elevator. As it arrived I got in with several other people. I thumbed the button for the 7th floor.

The doors were about to close when Sadarse pushed his way in.

Alright Boomdawg, you heading to the 8th as well?

The lift stopped at the seventh. We both got out.

Right Sadarse, spill. Where the hell is the 8th floor? This is the 7th?

Sadarse grinned like my hairdresser when I ask him to trim my eyebrows.

He led me along the corridor a bit and stopped, gesturing at a door with a sign on it.

He wrinkled his face as if watching that bit in The Human Caterpillar.

Anyway, let me be the first to welcome you to the 8th floor...

He pushed open the door, I took a hesitant step forward and suddenly I was falling, the floor rushing up to meet me.

What an outcome of the story dear friend @meesterboom I had never imagined an inverted eight. What occurrence
I wish you a great night

It's a crazy situation when Sam right less down and goes to sleep!