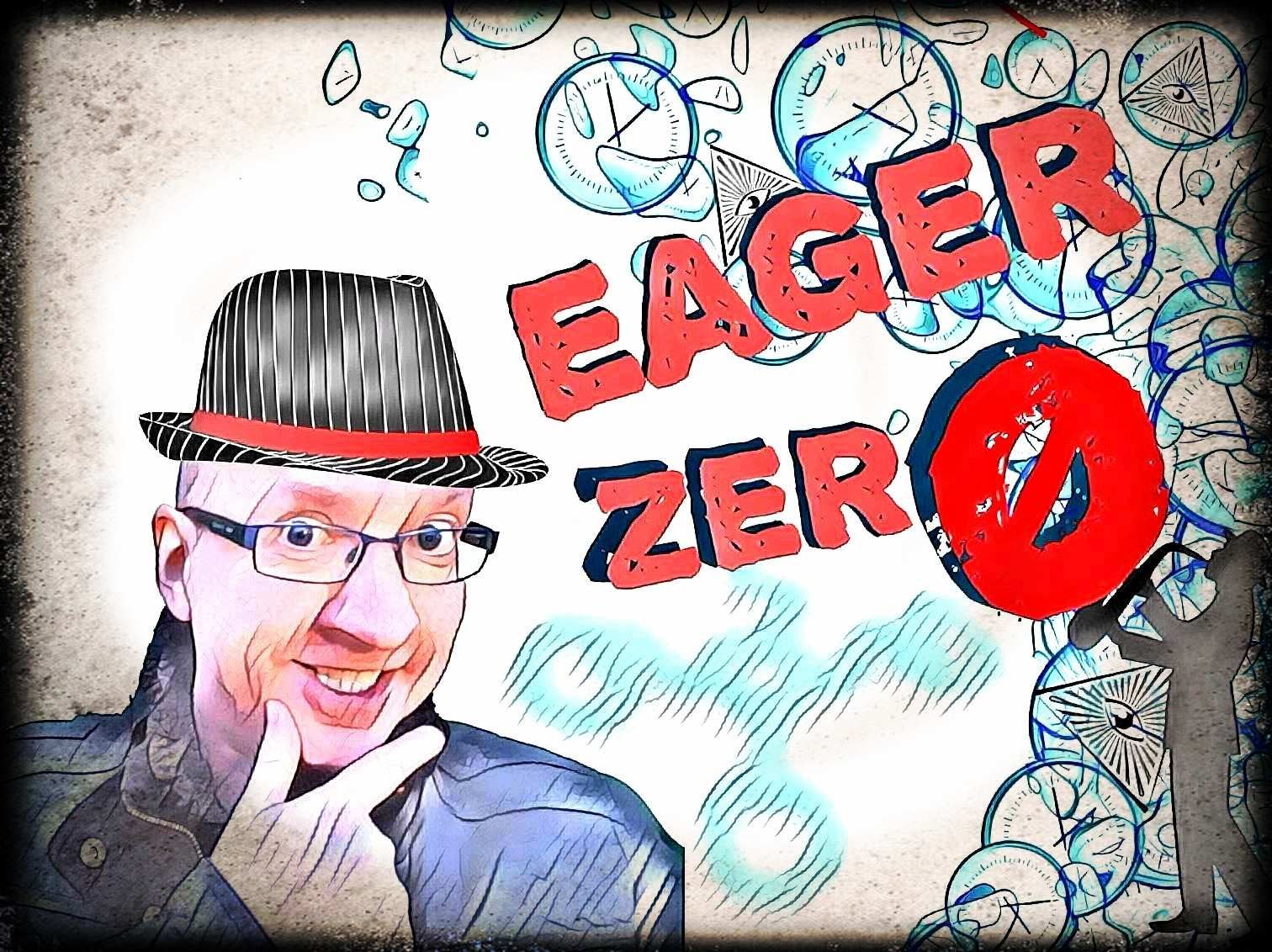 The good lady whacked some toast down on a plate in front of me. I looked up and momentarily flinched from her hawk-like face.

I made out as if I wasn't mildly terrified of her, I am not sure if I pulled it off. Since travelling through time itself. I had noticed slight differences in the world in which I now lived. The good lady was not quite the same one I had left behind. Drier of the ham valley and surly with it.

I could say, hand on heart, the future was not all it was cracked up to be.

I rubbed my tummy, hoping not to arouse her ire.

Yeah, toast. What do you want on it? Jam? Marmalade? Or wait a minute, how about an experiment?

I was unsure. I had had my fill of experiments. The good lady pulled out a tub of what looked like cream cheese.

Yes, cream cheese on your morning toast. An experiment!

I stared at the tub of cream cheese in her hand. Philadelphia the logo exclaimed.

No thanks, I will just have butter.

She made a face as if I was trying to insert my penis into a wolf. I hurried my toast down and then pushed the chair out.

Gotta fly baby, I ain't had a case in over a week and the bills don't pay themselves...

She didn't answer. I grabbed my fedora and hightailed it out of there.

I sat at my desk, listlessly tapping away at my keyboard. It clicked in a way that pleased me when I thumped the keys just so. The guy beside me slammed his pen down on the desk and glared at me.

Will you stop fucking banging your keyboard like that?!?

I gave him a caustic eye like he was a blocked toilet and I was a cupful of baking soda.

They don't have keyboards in prison Mikey.

For god's sake, my name is NOT MIKEY?!

When you play Mummies and Daddies with your cellmate it don't matter who you choose to go.

You have never been in Prison?!

A man will do anything to stay away from the shank, Mikey.

Fuck this, I hope you get sent back to the basement or the 8th floor or wherever you have been hiding.

Mikey got up and stomped off muttering about going to the toilet. I shook my head sadly as he went. He wouldn't last ten minutes in the big house.

As I returned to thumping my keys I saw a flurry of activity from across the floor. El Jefe was talking heatedly with another guy in a suit. They seemed to be arguing about something. The suit raised his voice then looked around carefully. He motioned for El Jefe to follow him.

Something stirred in my down belows. Something was going on here and I didn't mean my steadily stiffening resolve. Stealthily I made my way to the coat rack and picked up my long coat and Fedora. Might I have a case? I followed them out.

They went into the toilet.

I paused. Hadn't Mikey just gone into the toilet? Too many coincidences here for my liking. I pushed open the door and barged in. I hoped I wasn't about to interrupt a bratwurst conga.

The toilet was large and L shaped. beyond the corner where the pissoirs were, I could hear El Jefe and the suit talking. I pretended to be squeezing a spot in the mirror and listened closely.

So what are we looking at here?

I almost sniggered till I heard the suit's voice, it was low and quiet and I could only make out the occasional word. What I could hear, chilled me to the bone.

What the hell was this, something was clearly wrong. I instantly thought back to the previous week when we had dared to meddle with time and had seemingly launched ourselves forward into the future.

I shook my head at our arrogance. Had we tweaked the nose of the universe? Was it even now attempting to reign us in? Was this causality?

And what in the blazing fuck was Eager Zero?

I heard footsteps from around the corner. Shit, they were coming back. I heard a cubicle door open behind me and forced my way in to escape El Jefe and the Suit. I slammed the door and shot the bolt.

Exclaimed the occupant of the cubicle now squeezed in with me. It was Mikey. I whipped my spoon out and held it menacingly at his face.

Ssshhh, not a word.

I grabbed his face and covered it with all my hands, except the one holding the spoon.

A few minutes later, when the coast was clear, I left the toilet. It looks like I had a case again. One which could affect the whole universe as we know it...

I straightened my humphries, tipped my Fedora over my eyes and headed off into the night...

Hi @meesterboom, your post has been upvoted by @bdcommunity courtesy of @zayedsakib!

That does it! I'm carrying a spoon with me from now on!

During your recent journey to the future you didn't happen to make note of what the Bitcoin is gonna do now, did you?? asking for a friend...

And lots in between!!