A source of inspiration: Gertrude Bell – a female adventurer [#2]

Today I would like to continue my presentation of Gertrude Bell. The first part, where I was talking about her youth, can be found by clicking here – A source of inspiration: Gertrude Bell – a female adventurer [#1]. Gertrude was a pretty unique person from an early age, therefore I recommend you reading this part in order to understand her and her background better. 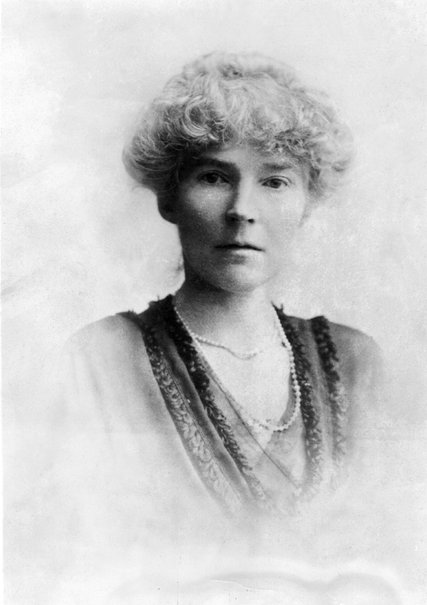 After her studies, she went to Teheran, to her uncle who was British ambassador. This journey made her fall in love with the Middle-East, as well as with…a man. She even got engaged. But her father disagreed and refused to give his permission for the marriage. He claimed that the man will not be able to financially support his daughter. Gertrude decided to listen to her father and she abandoned her love. To be honest with you this was one of a very few moments in her biography that I couldn’t understand. But who am I to judge. Gertrude came back home and spent some years with her upper-class family in England. She was very close with them, especially her father (her mother died when she was little; but her step-mother was a kind and loving woman). She realised that she cannot live without pursuing her passions. At the end of the nineteenth century, she discovered her passion for climbing. But she wasn’t just climbing, that wouldn’t be enough for such an ambitious and goal-driven person.

Between 1899 and 1904, she conquered a number of mountains including the La Meije and Mont Blanc as she recorded 10 new paths or first ascents in the Bernese Alps. One Alpine peak in the Bernese Oberland, the 2,632 m (8,635 ft) Gertrudspitze, was named after her after it was first traversed by her and her guides Ulrich and Heinrich Fuhrer in 1901. However, she did fail in an attempt of the Finsteraarhorn in August 1902 when inclement weather including snow, hail and lightning forced her to spend "forty eight hours on the rope" with her guides, clinging to the rock face in terrifying conditions which nearly cost her life.
source 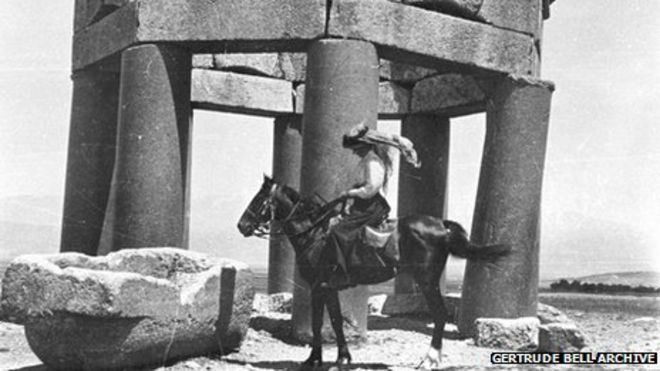 Gertrude’s interest in Middle-East lead her to pursue different activities. She was travelling across the desert among local Arabs, as the only woman, gaining recognition and fame as “queen of the desert”. Her travelling style evolved with time and was extravagant, including all her beloved books, extended amount of clothes, expensive gifts for important local sheiks. She was having baths with hot water, and her meals were served on a dinner service with crystal glasses. She definitely knew how to travel with style! 😂 We must remember that all that was possible because of her family’s wealth. On the other hand, there were many women from rich families and they preferred to settle down instead of explore different cultures. Bell’s curiosity about the Middle East went way beyond tourism. She took courses in archaeology and cartography, and she was an accomplished photographer. It became her mission to document ancient ruins and the current landscape, and she published numerous books of her work and experiences which, in many cases, became the definitive reference for the region and influenced policy decisions.
source

The second time when this strong woman fell in love ended, yet again, tragically. He was married, and as a consequence, she didn’t allow herself to go to bed with him. But their love letters show deep affection and connection. He died soon, during one of the tragic battles during the First World War, and left her devastated. I imagine that her pain was even more destructive as she couldn’t share it with others. After all, he had his wife grieving his death. 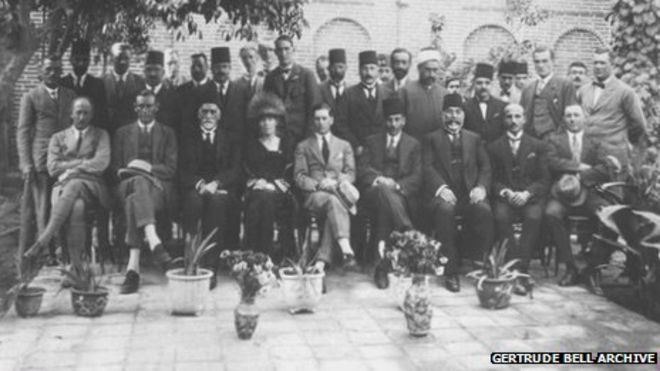 Gertrude was fluent in several languages, including Persian and Arabic. Her extended travels across the region made her an invaluable expert of the region. She was also a talented communicator. During the war, her skills and knowledge were appreciated by the British government. She was summoned to Egypt with the rank of Major, becoming the first woman officer in the history of British military intelligence. Later on, she moved to Bagdad, a city where she would live untill the last days of her life.

After the war, when Mesopotamia was being divided into individual countries, Gertrude was closely advising Winston Churchill on a construction of “Iraq”. The history of this region is so complex that I deliberately do not enter into details.
Although the creation of Iraq was both praised and attacked by Arabs, and Gertrude herself had many reservations about how British Empire solve this “matter” she decided to stay in Bagdad.
The end of her story brings sorrow. She experienced serious diseases including malaria. Moreover, her family lost the fortune. She remained unmarried, without children, thus she was feeling extensively lonely and depressed. She died at the age of 58, of an overdose of sleeping pills. It is not known if her death was an unfortunate accident or if she took her own life.

your blog is very good, it makes sense you get a good achievement in steemit .. i have to follow you ,,

thank you so much for your kind words :)

Wow the story is attention capturing,,thanks I love it.

you are more than welcome!

Its can be inspiration all women in world, in Indonesia country at aceh province.. They are have many hero woman like cut nyak down, laksamana malahayati and many more
They are make some inspiration to other women...

yu should write about those women!

this is just an adventurer

Nice blog, thanks your information 🍻

i'm happy you enjoyed it!