How Camels Beat the Heat

◆ Physiology professor Knut Schmidt-Nielsen conducted a study of camels in the Sahara Desert. His findings reveal how the camel, marvelously designed by the Creator, is able to endure the extreme heat of his environment: 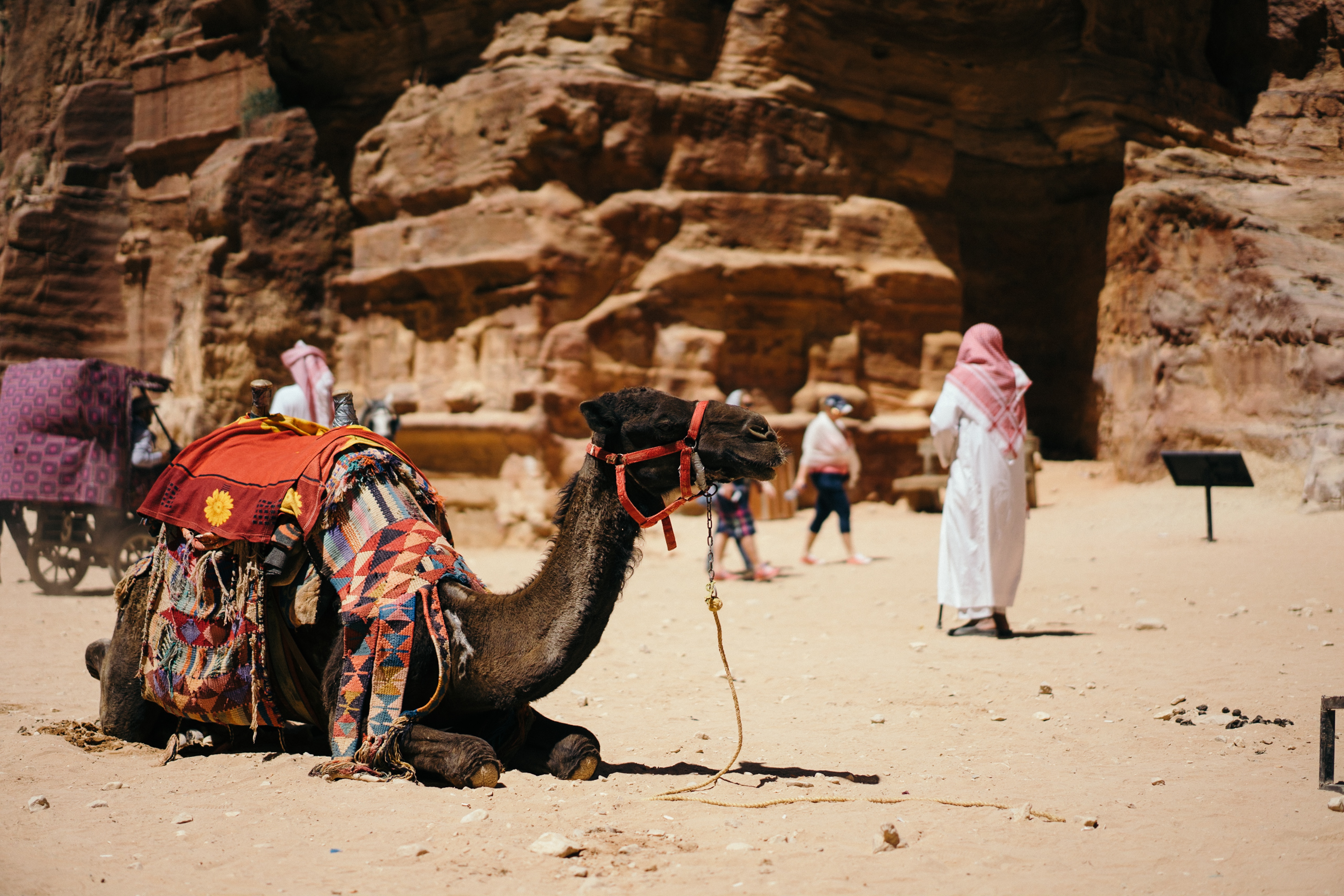 “The camel lowers the heat load on its body still further by letting its temperature fall below normal during the cool desert night. At dawn its temperature may have dropped as low as 93 degrees. Thus much of the day will elapse before the animal’s body heats up to 105 degrees and sweating must set in. As a result of its flexible body temperature the camel sweats little except during the hottest hours of the day, where a man in the same environment perspires almost from sunrise to sunset. . . .
“The camel employs camel-hair insulation to lower its heat load still further. Even during the summer, when the camel sheds much of its wool, it retains a layer several inches thick on its back where the sun beats down. When we sheared the wool from one of our camels, we found that the shorn animal produced 60 per cent more sweat than an unshorn one. . . .

“The camel’s hump also helps indirectly to lessen the heat load on the animal. Nearly all mammals possess a food reserve in the form of fat, but in most of them the fat is distributed fairly uniformly over the body just beneath the skin. In having its fat concentrated in one place the camel lacks insulation between its body and its skin, where evaporative cooling takes place. The absence of insulation facilitates the flow of heat outward, just as the insulating wool slows the flow of heat inward.” Truely said. I know it since am in Oman and can experience the same. Great post. Upvoted and following u. Do review my post as well and provide your feedback if possible. my post can indeed change the way you all lead your life. https://steemit.com/philosophy/@nainaztengra/how-to-cultivate-awareness

Congratulations! This post has been upvoted from the communal account, @minnowsupport, by eddyova from the Minnow Support Project. It's a witness project run by aggroed, ausbitbank, teamsteem, theprophet0, someguy123, neoxian, followbtcnews/crimsonclad, and netuoso. The goal is to help Steemit grow by supporting Minnows and creating a social network. Please find us in the Peace, Abundance, and Liberty Network (PALnet) Discord Channel. It's a completely public and open space to all members of the Steemit community who voluntarily choose to be there.