If you're a dyed-in-the-wool patriot, this blog post is not going to make you happy. This is your only warning. 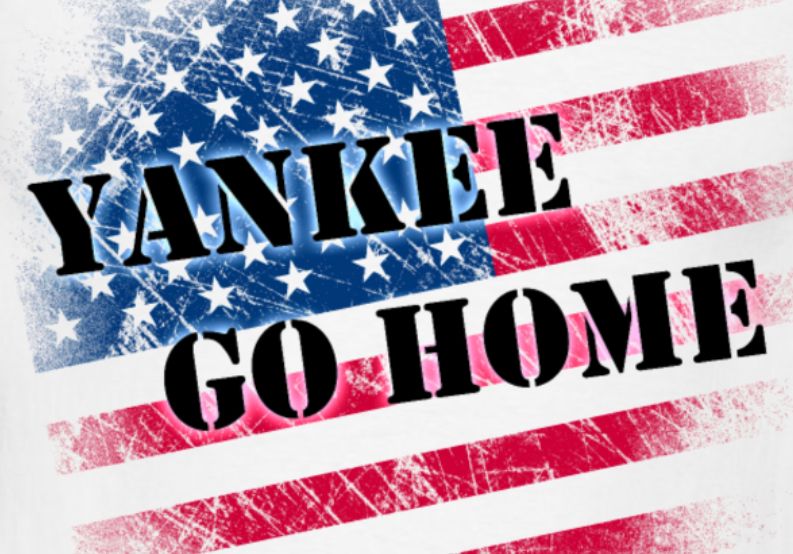 And take me with you! As long as it's got air conditioning. Source

With only around two weeks to go until that most American of holidays - if not the holiday that defines this nation slowly circling the drain into Third World status - I thought it would be timely to take a look at some of those ridiculously patriotic traditions that help define my country of birth.

As July 4th draws ever nearer - and with the current sitting President essentially playing grab-ass down in Mar-A-Lago all goddamn day - I'll be venting my spleen on all this ultra-patriotic folderol, pointing out some interesting, ironic, and hopefully entertaining facts. With any luck, they'll put a new spin on all the flag-wavin', Cheeto-eatin', gun-shootin', bald eagle-worshippin', and freedom lovin' that'll be washing across this great land like a tide of red-white-and-blue turds come Independence Day.

Yes, this land, stolen so heroically from the people who were already living there, stretching from sea to shining sea and drenched in enough blood to make Quentin Tarantino feel a little queasy. What's not to love? 'Murica!

So let's get started, shall we? Today we'll begin with...

The Pledge of Allegiance I love the smell of indoctrination in the morning! Source

Anyone who went to public school in America knows this little chestnut. It was drilled into our skulls every morning as we faced the flag, hand over heart, like good little soldiers in training:

I pledge Allegiance to the Flag of the United States of America and to the Republic for which it stands, one Nation, under God, indivisible, with Liberty and Justice for all.

That's not really why I can't stand the Pledge of Allegiance, though. It's that little "under God" phrase, used for generations to justify the steady erosion of the separation of church and state in this country. What makes it worse for me is that the phrase wasn't even in the Pledge as it was written in 1892 - ironically by not just a minister but a socialist one. People just assume otherwise. 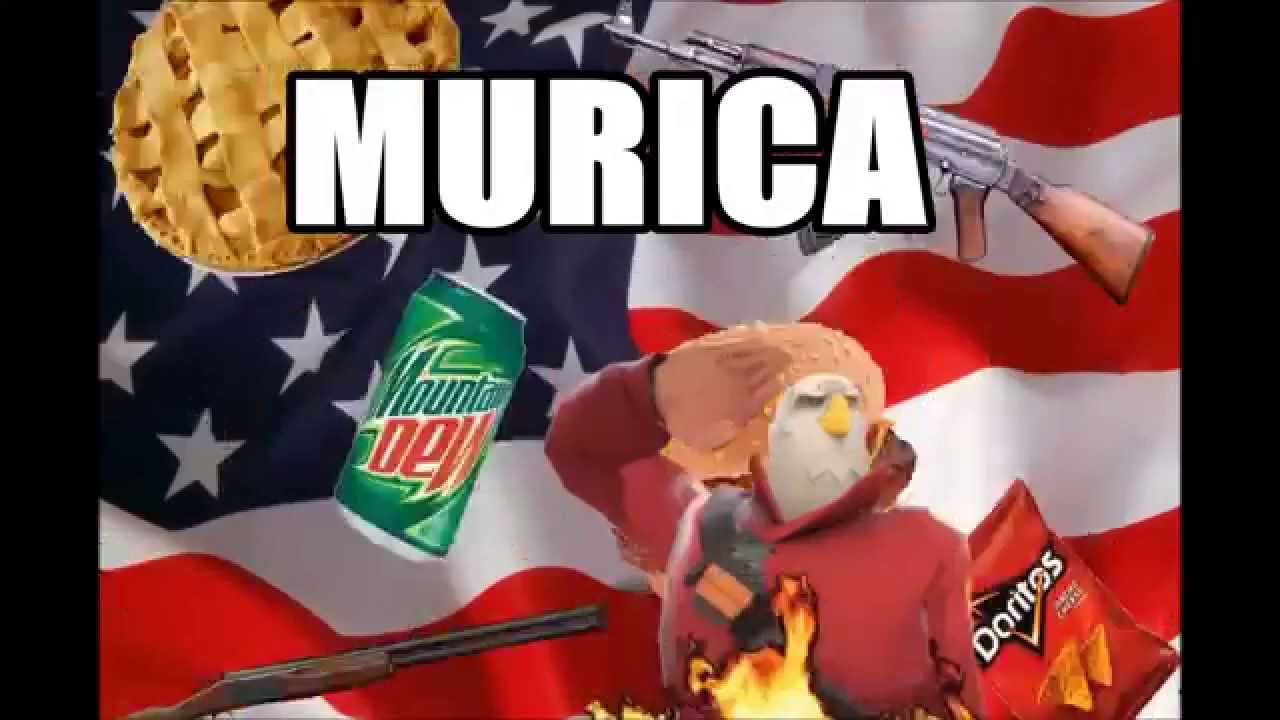 Yeah I know there's a Soviet rifle in the background. That's the joke!

The truth is that the phrase was a later addition. In 1954, at the height of the Cold War, the US Congress decided to spice up the Pledge to help differentiate Americans from those godless heathen Soviets. They added the phrase - described as "a petty attempt to link patriotism with religious piety" by the New York Times - but it seems to have worked.

Now don't get me wrong - flags can be powerful symbols, and there's no denying that countless individuals have died defending the ideals that the American flag represents. Unfortunately the United States hasn't been exactly picky when it comes to using armed conflict to get what it wants, and the same US flag has been on the uniforms of American soldiers who were sent on missions of colonial expansion where atrocities have been committed.

You can't cherry-pick what your flag stands for. It's a physical representation of the entire history of a nation, good, bad, and ugly. The red of the Stars and Stripes might represent the blood spilled to secure the freedom of the country, but it also represents the blood spilled by Americans in turn.

As a sulky, rebellious teenager, I refused to say "under God" whenever I said the Pledge, based on just that knowledge: the realization that the United States wasn't any sort of shining example of Freedom and Justice when viewed through the lens of history. Not only that - the expression wasn't original - it didn't belong there - and that it was being used to argue against the idea that America wasn't a Christian nation made it even worse.

As a father of a little girl who's going to start pre-school in America right now, this issue has particular resonance with me. There is some good news, though - there's no requirement for you to say the pledge if you don't agree with it, which means if my daughter doesn't feel comfortable saying the Pledge, she won't have to. This is all, believe it or not, due to the Jehovah's Witnesses, as they took the issue all the way to the Supreme Court.

I guess, sometimes, this country does work the way it's supposed to. Still not saying that damn pledge, though! If by works the way it's supposed to you mean grants you some meager concessions to make you think you're not subordinate to the state, then yeah.

Homeschool your daughter if you can, man. At the very least, be discerning about a private school based on curriculum and mission statement. Public schools are indoctrination cesspools.

Yeah it's a major concern for us, and it's something we've considered. I really don't want to have to deprogram my daughter every time she gets home from school.

Congratulations @beowulfoflegend! You have received a personal award!