Was Jesus a Theraputae, a Physician, a Jewish doctor who studied in Egypt ? 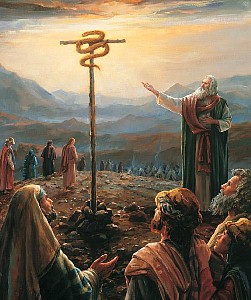 As we know from the Gospel Narratives Jesus the Nazarene performed many miracles and raised several people from the dead. He was a reknowned Healer in Judea and the Galilee.....

According to Philo, the Therapeutae of Asclepius were widely distributed in the Ancient world, among the Greeks and beyond in the non-Greek world of the "Barbarians", with one of their major gathering points being in Alexandria, Egypt in the area of the Lake Mareotis:

" Now this class of persons may be met with in many places, for it was fitting that both Greece and the country of the barbarians should partake of whatever is perfectly good; and there is the greatest number of such men in Egypt, in every one of the districts, and especially around Alexandria; and from all quarters those who are the best of these Therapeutae proceed on their pilgrimage to some most suitable place as if it were their country, which is beyond the Maereotic lake. — De Vita Contemplativa
They lived chastely with utter simplicity; they "first of all laid down temperance as a sort of foundation for the soul to rest upon, proceed to build up other virtues on this foundation" (Philo).

They were dedicated to the Contemplative Life, and their activities for six days of the week consisted of ascetic practices, fasting, solitary prayers and the study of the De Vita Contemplativa, para. 28
scriptures in their isolated cells, each with its separate holy sanctuary, and enclosed courtyard: the entire interval from dawn to evening is given up by them to spiritual exercises. For they read the holy scriptures and draw out in thought and allegory their ancestral philosophy, since they regard the literal meanings as symbols of an inner and hidden nature revealing itself in covert ideas. —

In addition to the Pentateuch, the Prophets and Psalms they possessed arcane writings of their own tradition, including formulae for numerological and allegorical interpretations.
They renounced property and followed severe discipline: These men abandon their property without being influenced by any predominant attraction, and flee without even turning their heads back again. — De Vita Contemplativa para.18

They "professed an art of healing superior to that practiced in the cities" Philo notes, and the reader must be reminded of the reputation as a healer Saint Anthony possessed among his 4th-De Vita Contemplativa, para.70) and sing antiphonal hymns until dawn.
century contemporaries, who flocked out from Alexandria to reach him. On the seventh day the Therapeutae met in a meeting house, the men on one side of an open partition, the women modestly on the other, to hear discourses. Once in seven weeks they meet for a night-long vigil after a banquet where they served one another, for "they are not waited on by slaves, because they deem any possession of servants whatever to be contrary to nature. For she has begotten all men alike free" (

The term Therapeutae (plural) is Latin, from Philo's Greek plural Therapeutai (Θεραπευταί). The term therapeutes means one who is attendant to the gods although the term, and the related adjective therapeutikos carry in later texts the meaning of attending to heal, or treating in a spiritual or medical sense. The Greek feminine plural Therapeutrides (Θεραπευτρίδες) is sometimes encountered for their female members. The term therapeutae may occur in relation to followers of Asclepius at Pergamon, and therapeutai may also occur in relation to worshippers of Sarapis in inscriptions, such as on Delos. See Therapeutae of Asclepius

Asclepius (/æsˈkliːpiəs/; Greek: Ἀσκληπιός, Asklēpiós [asklɛːpiós]; Latin: Aesculapius) was a hero and God of Medicine in ancient Greek religion and mythology. Asclepius represents the healing aspect of the medical arts; his daughters are Hygieia ("Hygiene", the goddess/personification of health, cleanliness, and sanitation), Iaso (the goddess of recuperation from illness), Aceso (the goddess of the healing process), Aglæa/Ægle (the goddess of beauty, splendor, glory, magnificence, and adornment), and Panacea (the goddess of universal remedy). He was associated with the Roman/Etruscan god Vediovis and the Egyptian Imhotep. He was one of Apollo's sons, sharing with Apollo the epithet Paean ("the Healer"). The Rod of Asclepius, a snake-entwined staff, remains a symbol of medicine today. Those physicians and attendants who served this god were known as the Theraputae of Aslepius whose symbol is the Serpent wrapped around a pole.

5 And the people spake against God, and against Moses, Wherefore have ye brought us up out of Egypt to die in the wilderness? for there is no bread, neither is there any water; and our soul loatheth this light bread. 6 And the Lord sent fiery serpents among the people, and they bit the people; and much people of Israel died. 7 Therefore the people came to Moses, and said, We have sinned, for we have spoken against the Lord, and against thee; pray unto the Lord, that he take away the serpents from us. And Moses prayed for the people. 8 And the Lord said unto Moses, Make thee a fiery serpent, and set it upon a pole: and it shall come to pass, that every one that is bitten, when he looketh upon it, shall live. 9 And Moses made a serpent of brass, and put it upon a pole, and it came to pass, that if a serpent

had bitten any man, when he beheld the serpent of brass, he lived.[15] —

King Hezekiah later destroyed the bronze serpent, which, by that time, had existed for 700 years, because it was being worshiped (2 Kings 18:4).

This is consistent with the claim in the New Testament of the Bible that Jesus also delivers believers from eternal death in the passage found in John 3:14

"And as Moses lifted up the serpent in the wilderness, even so must the Son of Man be lifted up: That whosoever believeth in him should not perish, but have eternal life. " John 3:14

The Works of Philo: Complete and Unabridged http://amzn.to/2qAiiOi

You're welcome. I love learning about ancient History especially 1st century. I was on an Archeaological Dig for 2 summers in Southern France at a place called St Bertrand de Comminges - Lugdunum that was built by Pompeii. While there I learned that King Herod was exiled to this small Resort town after the Crucifixion of Jesus. You don't hear much of what happened to all these characters after Jesus was executed. But there is so much more to learn and read.

Fascinating. Never heard of Philo before but he's now on my list of people to research. Alexandria was the central hub of knowledge at one point.
So sad the library is gone forever :(

Yes, after reading Philo who lived at the exact time as Jesus but in Egypt, I am certain now that Jesus was a Theraputae... indeed the Master Teacher

No, Jesus didn't have to study anywhere. God gave him the power to perform miracles.

(Luke 7:20-22 NIV) When the men came to Jesus, they said, "John the Baptist sent us to you to ask, 'Are you the one who was to come, or should we expect someone else?'" {21} At that very time Jesus cured many who had diseases, sicknesses and evil spirits, and gave sight to many who were blind. {22} So he replied to the messengers, "Go back and report to John what you have seen and heard: The blind receive sight, the lame walk, those who have leprosy are cured, the deaf hear, the dead are raised, and the good news is preached to the poor.

Maybe he was teaching them all then

Offgridlife, I love the verse you included--John 3:14. That verse has brought me so much encouragement at times. I remember I was feeling very discouraged about my sins one day when at church someone mentioned that all the Israelites had to do to be healed was look at that serpent on the pole. And I thought, all I have to do is look to the Son--Jesus, and I'll be forgiven. When I thought of that, I felt peace from God and knew my guilt was washed away. Thanks for that reminder!

Yes .... I was always puzzled when Jesus said "Be wise as Serpents" - and I always thought of the Serpent as a bad guy ... but then there is this story of Moses and the Serpent who over comes death, is the cure for death and is hung on a pole. “Behold, I am sending you out as sheep in the midst of wolves, so be wise as serpents and innocent as doves." - Matt 10:16

The old Testament (Torah and Tanakh) and New Testament are filled with rich and complex symbols and allegories, metaphors and parable ..... There is a very interesting correlation in this symbol of The Serpent / ha-Nachash in Hebrew .... Read Genesis 3:14, then Galations 3:13 then John 3:14 .... The curse and the Cure (Pi 3:14) .... the Rejected stone (ABen) becomes the Key Stone. (ABen) ... The word for Stone in Hebrew is ABen .... it is made of 2 words .... AB and Ben ..... Father and Son. Jesus is always making reference to the fact that the Father and Son are One. Jesus who is God is Pure Genius.