The reason I accepted to this challenge is because - the challenge itself has a thread of arrogance and naivety, and definite confusion (as the cat caption suggests) which makes this type of activism irresponsible and irrelevant. The entire debate, around whether to eat meat or not – should be a non starter! It is birthed out of a couple of the false notions that is somehow taken way too far! Yes, it is true veganism / cruelty free lifestyles are cool and faddy if it's your thing! However, it should not be promoted as the end all and be all - concerning world suffering. It doesn't solve a thing and there is no evidence to suggest it does.

I am no expert on nutritional matters so it’s best for me to steer clear of that aspect of the debate; in fact many experts today within the food industry differ largely with each other. There is also evidence to support what we have been taught about nutrition all our lives may be wrong, so let’s give this a miss. 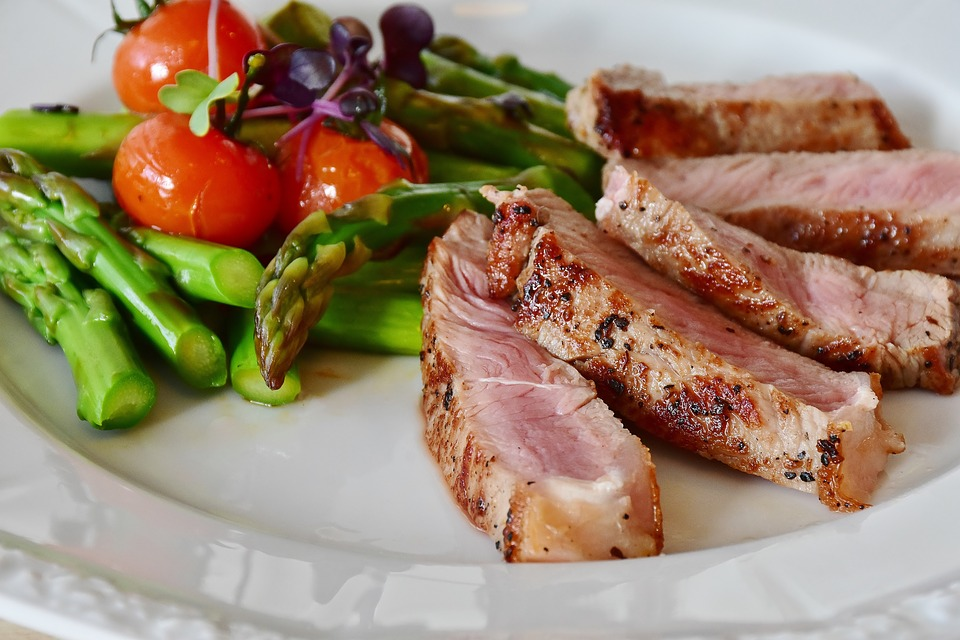 This is a little challenge that I came up with, which is directed to meat eaters. No worries people, don’t get scared, I come in peace =). Most of my friends and family eat meat, and I’m not the type to be judgemental. I mean of course I disagree with them, but I won’t break a friendship or relationship over it. I believe that everyone is entitled to their beliefs.

In my view this approach is inflammatory and disrespectful, and condescending despite the disclaimers of “...Income in peace...”; “..., and I’m not the type to be judgemental”; I believe that everyone is entitled to their beliefs” – when clearly you are pushing an agenda. If you really believe everyone is entitled to their own beliefs, then simply get on with life, one bowl of bean soup after the next. No meat eater is interested in drawing a vegan into these debates; if we feel the need for some greens we just shift our meat over and add greens – In my opinion a balanced diet.

In reality your disclaimers suggests my rights to eat;

A far better approach would’ve been. Hey, guys I’m into to this Vegan / Cruelty free diet. I’m exploring the merits of this as opposed to a meat diet. I’m giving away SBD to the most convincing arguments on either side of the debate. My motive is to uncover the facts behind arguments so I can make an informed decision about my lifestyle.

Of course, as someone who is living cruelty free (I prefer that term much better than vegan), I don’t think that it is possible to eat meat or animal products without being part of, and encouraging animal cruelty, given how farm animals are treated all over the world.

It is a false notion to think your particular lifestyle is “cruelty free”. Large tracks of forest and land are cleared for cultivation of produce. This leads to loss of habitat for many wild animals and eventually death, due to starvation.

What are we to do with cultures that live in habits, where growing produce is impossible for much of the year? Should we spare the animals and let the people die? I know of many cultures are very thankful for the sacrifice of animals for its meat and treat animals as humanely as possible.

Nowadays everyone knows about this, as the information is all over the internet. Not knowing is no longer acceptable as an excuse.

The fact that there is plenty of information on the internet, is no reason to change my lifestyle – for the simple fact that this type of information is often presented in an unbalanced manner (a one sided story). No attempt is made to explore the merits of the other. One is no closer to the truth by exploring this information, when one factors in all the propaganda – from both sides.

I feel that if you are truly searching for answers, you shouldn’t take such a firm stance until you explore all the facts. Don’t allow yourself to be so easily swayed. In your family you have a long history of meat eaters sometimes out of preference sometimes out of necessity. Are you really sure you so right and all of them were wrong? Had our ancestors not eaten meat in the ice age, I think we there would only be squirrels left today.

People always ask me “why did you become vegan?” or “what made you stop eating meat?” While these questions don’t bother me at all (I actually like to explain my reasons).

Unfortunately, you have not answered these questions in this article (“why did you become vegan?” or “what made you stop eating meat?”) – but it would be very interesting to analyse your views. I certainly, hope it is not limited to one sided internet research OR an unrealistic ideology to solve all man-kinds problems. It would be wonderful to have a link to what your real argument against meat eating is and the global impact if everyone went cruelty free...

I always find it funny that people are curious as to why I’ve decided to do something good for animals and this planet.

This is the first clue you have given to why you have become a vegan / cruelty free – but I’m afraid that this too is misguided. You need to realise, that there are two separate issues right here!

Meat eating was an essential part of existence of our hunter –gatherers ancestors. The real issue started with commercial production of meat. See the difference? But, as I pointed out commercial produce production is also a culprit as it destroys habitat of wild animals too – not so cruelty free.

Almost as if I were the weirdo, the odd one out. However, from my point of view, it is the opposite. I still can’t grasp why people who know the truth about animal suffering, still eat meat. I need you to help me understand you better =)

Heaven forbid we are driven into a food shortage crisis (and we are never far from one); it will be interesting to see how many cruel free enthusiasts will hang onto this limited belief in a time are crisis? I truly don’t believe it is something people would sacrifice themselves for - to save an animal. If you do then you would truly be one of the few that deserve the tag cruelty free.

I have included these points to ponder:
Many cruelty free supporters of the have an issue, with meat products, however many of the multi-national corporations have a hand in all the cultivation, manufacturing, distribution and retail of this fresh produce are the same people producing meat based product. Often not the company directly, but these are conglomerates within conglomerates. These are quite often intended to be a smoke screen. These days holding companies diversify across the entire food spectrum. So, in this little scenario seems to be a bit of hypocrisy, in that cruelty free enthusiasts freely support the producers, retailers and distributers that perpetrate the animal cruelty.

The question I would raise is if animals were treated humanely would this still be an issue?

If production of meat stopped today - that would be half the food source, gone. That would mean half the population would starve, which would be genocide! Is that better?

Also lets us not forget crops and fresh produce takes its toll on the planet, due to the use of fertilizers and pesticides, and habitat destruction.

In the final analysis you argument shouldn’t be raise against meat consumers, but rather toward the commercial production of food – whether it be animal or produce, which is the true source of the cruelty you speak of. However, good luck with that process.

In conclusion,
I trust you will not take too much offense to my views or approach. Instead, see the real concerns I have with the world view that you are presenting.

👏👏🙌
This was a wonderful narrative. I loved it. I think while it is not bad if we should have our own principles and believes, its not good for us to make those that don't believe what we believe appear to be bad. Extremism is dangerous. Chauvinism also.
I know a lot of vegans, and I respect their reasons for being vegans- most of them say spiritual and health, but I still eat meat because I see nothing bad in it.

Heaven forbid we are driven into a food shortage crisis (and we are never far from one); it will be interesting to see how many cruel free enthusiasts will hang onto this limited belief in a time are crisis? I truly don’t believe it is something people would sacrifice themselves for - to save an animal. If you do then you would truly be one of the few that deserve the tag cruelty free.

This reminds me of the war in my country over 40 years ago, where hunger and the need to survive made innocent civilians to eat almost anything- lizards, rats, snake etc. Its not a palatable experience at all.

Once again, this was a superb write up

@ikechi - Thank-you for you comments, support and insights! It is greatly appreciated. :)

In reality, I am not against veganism OR cruelty free lifestyle, however it is not for everyone. I also disapprove of the fact that it is touted as a cure all, when in fact it is just another -ism being exploited by some capitalists for financial gain.