caitlinjohnstone (71)in #israel • 2 years ago (edited) 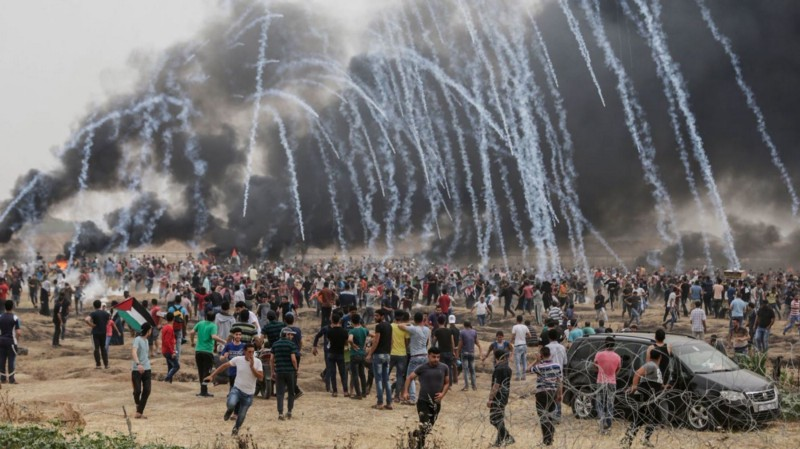 It was a smart idea to invent a being that does not exist and then claim you're his "chosen people" then invent some other ass licking "religions" like christianity and islam that will do your dirty work fighting each other or other monkeys around the world and then let the goodies from all over the earth roll in :-)

Perhaps it was a smarter idea to invent a religion who claim they’re the chosen ones, & invent other religions to fight against one another in order to continually conquer & divide the lower classes of people & control global economics while spreading disinformation about all of the above religions

I forgot about the money lending trick. In the ass licking "religions" they implanted that it is forbidden to lend money. That was really genious as the "chosen people" had the 'solution' to your 'problems' and it worked fenomenally well too LOL.

What derivatives? Nothing to see here folks, keep moving along, quadrillion’s are nothing for the commoner to trouble themselves with 🧐

You do realize that no one who invented the "idea" of these religions could have foreseen any of this coming to pass--arguably most of all Christianity, whose leader told his followers to give up their money to the poor.

Please remember that anything can be manipulated--the most anarchistic textbook in the world can be twisted for people in power. You have a pretty skewed perception of these issues.

I agree, most religions in general are used to manipulate.

Will you question it?

Seeing that the world is actually about you, me and them.

Nationalistic division, religious division, ideological differences, economic division and all the rest of it - which we have created.

The intellectuals, the terrorists, the imperialists...etc, etc.

No empire has been built, whether the modern empire or the ancient empires, without blood.

And we accept these division and differences as being natural and therefore accept the conflict, everlasting struggle as part of existence, part of life, it's natural to struggle, to battle with each other.

Will you question it?

Every injustice focused on that is not related to the structure of economics is simply a distraction to keep the peasants fighting amongst each other while the kings have a good laugh & count their coins. Racism, sexism, politics, war all serve to reinforce the control of the system to those few who own 99.9% of the assets on this planet

Good article..There are plenty of people who understand the difference between criticising Israel and Jewish people. We just don't get to hear their voices often enough in the public sphere, to realise they are the majority, for the reasons you outlined within your article.

A ridiculous bill that is a direct violation of our 1st amendment. The deterioration of our constitution continues....

I was going to say about that, I was reading the International Holocaust Remembrance Alliance's (IHRA) "working definition" on anti-semitism and as could be expected, they started mixing apples and oranges and just like @caitlinjohnstone explained perfectly with her 2nd point, trying to make it a criminal and racist act to speak out against the violence of the state of Israel.

Point 11: "Drawing comparisons of contemporary Israeli policy to that of the Nazis." apparently will soon be a criminal act in the signatory member states of the IHRA. (Jeremy Corbyn reported not to vote for this while shadow ministers in the UK showed support for passing these laws)

And even if drawing such a comparison were to be antisemitic, what is outrageous (and incredibly well-worded) about the IHRA's "working definition" is that it provides very dubious grounds through which to criticize Israel, either for its actions or its existence...

Because any criticism of the history of Israel, and its real, intended and actual purpose in the world is seen as a form of revisionism which can always be construed as an attack on Jewish people.

For example: Point 8 "Applying double standards by requiring of it a behavior not expected or demanded of any other democratic nation. "... There's so much carefully worded dubious material in there.

"Not expected or demanded of any other democratic nation." - which means anybody can point to any criminal/perriah state which historically cozied up to the Western empire and say "nobody in the international community forced that country to change, why should we change? You're being antisemitic right now"

Or what about Point 7 "Denying the Jewish people their right to self-determination, e.g., by claiming that the existence of a State of Israel is a racist endeavor."

This one is particularly grotesque... Because the "Jewish people's right to self-determination" here clearly means the right to impose a colonial apartheid state on the Palestinians, and treat them like second-class citizens, even commit a genocide against them - and if we are saying there is no mandate in the world that would authorize them to do this incredibly [Insert Word That is Not Racist But Looks Sounds Smells Tastes and Feels Like Racism], then we are ANTISEMITES

Obviously, some of the points in this "working definition" are valid... People should never abuse somebody simply because they are practicing and following an ancient Semitic religion. Otherwise that's half of the world's population we can harass for believing there is a God... (I'm sure the rulers of Israel have that goal in mind too, so no point to make their job any easier)

But having a "working definition of antisemitism" and using this standard, which may soon be internationally adopted and make certain thoughts, analyses and criticisms of Israel ILLEGAL AND PUNISHABLE is scary.

We don't even have that for racism, homophobia, Islamophobia... Plus how much "thought-police" and "thought-crimes" can humanity even bear before we all collectively just start murdering each other...

This is all scary stuff and we must pay attention to it...

I personally still can't quite wrap my brain around the fact that University professors are being jailed for conducting historical research... This to me is the height of insanity, and yet it seems like it is nothing but the beginning of what is to come...

Israel is a strange, scary and vastly underappreciated ideological framework for the updating/reforming/transformation of human beings.

Well, some will say so was America... and Australia...

And look at how those turned out, and what come out of those experiments...

If History repeats itself, Israel should be destroyed before it destroys us...

Or not only will the Palestinians, but all of the Semitic Middle East and 2000+ years of history be destroyed, never to be spoken of again...

Israel's existence and the plans for a greater Israel are an attempt to put the final nail in the coffin of "History", so that we will enter the "End of History" period and New World Order that the elite so frequently have talked about.

It's not for no reason that Israel happens to be right in the center of the Fertile Crescent and Cradle of Civilization.

you should view this video 11:30 into it
you will see the so called dead moving scratching his nose
it was staged to look like many died on the Israeli border

I only have one thoughts. Fuck Israel right in their racist, Imperialistic assholes! no fucking lube! preferably with a sand paper texture, oversized sex toy. ok...... maybe that's a few thoughts.

Excellent post.. I feel bad with the number of Palestinians killed.

This article deserves my 100% morning power. Western Empire- oh man, you nailed it!

After all the lies and hoaxes in recent years, we have heard about Syrian gas attacks, weapons of mass destructions, etc. etc. I think soon the Mother of all Hoaxes may be exposed if they continue on this path. And the truth will be uglier than most of you had ever dared to imagine.

Would love to hear your opinion on this matter

If i were an american, which i am not, i would check the papers and these dates in a library, if possible.

Enough is enough: time for humanity to Boycott Israel to Free Palestine 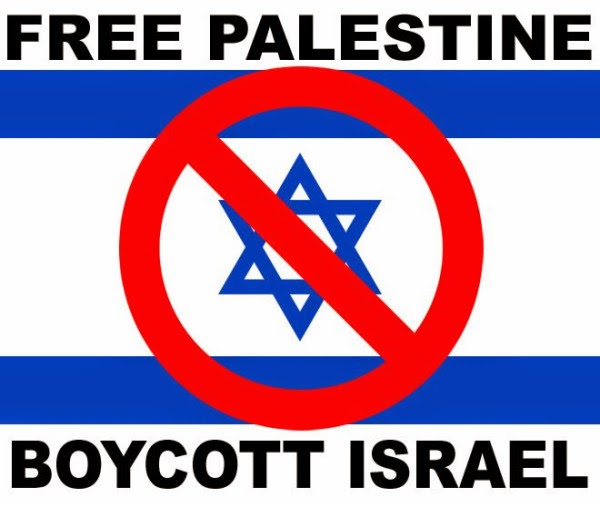 Thank you @caitlinjohnstone for separating the wheat from the chaff, and making clear where there is still ground for people to stand on in an increasingly hectic, chaotic and confusing situation...

Being able to distinguish between all of these and presenting arguments for and against the proper and improper courses of actions is the mark of a true thinker and somebody who is not brainwashed or propagandized into a specifically narrow viewpoint of a complex issue.

Your 15 points were all expertly and diplomatically worded, their meaning was clear, fair and balanced.

Your demonstrated impeccable logic and empathy.

Seriously, you may hate having to write about Israel; but you're bloody-dang good at it

I fundamentally disagree with points #10 and #12. Israel or the Israel(firster) lobby does control the United States. Your derogatory use of the term 'conspiracy' / 'conspiracy circles' plays into the hands of those you claim to fight. There is no objective contrast between

Your vague claim that the plutocrats are ultimately to blame is obfuscation and leftist reductionism (I consider myself neither a leftist, nor a right-winger). I usually like your posts, but this is the first one (I hope not a trend), which I will not upvote.

Netanyahu does the best super villain character I’ve ever seen.

By the way... happy anniversary, and have a great time the next three days...

I feel the same dissonance when I want to speak out for Palestine. I have several good friends from Israel, who live in US now and it feels like anything that is said is taken as anti-semitism. That and like you said, it seems like an invitation for hatred. You hit it right on the nose for me. I am very vocal about so many issues, and yet this is exactly why I say almost nothing about Israel, and I never really clearly understood or verbalized why that was. Thank you xo

we admit @caitlinjhonhnstone you are a great hero in social life

The German government added to their definition of anti-semitism the passus:
"In addition, the state of Israel, understood as a Jewish collective, may be the target of such [anti-semitism] attacks."
This opens the door to condemn any criticism of the state Israel as an anti-semitic attack, even if they pointed out that "such criticism is not meant if it is comparable to criticism made in other countries and governments."
Guess, which countries are (not) meant.