Tesla in Home Depot? A Powerwall near you?

technicalwealth (52)in #investing • 4 years ago 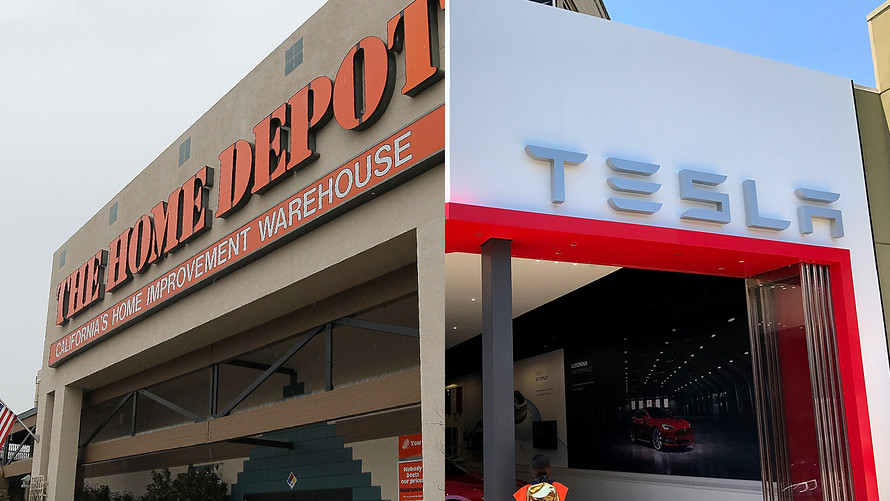 Tesla is looking into a major expansion of its solar division in Home Depot Inc., embarking on a vital test of the conventional appeal of its renewable-energy products from its Solar City division.

Tesla, best known for its electric cars, is beginning to roll out Tesla-branded kiosks at 800 of Home Depot's locations. The areas, which will be outfitted during the first quarter of this year, are going to be staffed only by Tesla employees ,who can can demonstrate its solar panels and Powerwall battery.

Lowe’s Home Improvement, the second-largest U.S. home-improvement chain, after Home Depot -- are still in discussions with Tesla about selling its solar products, said people familiar with the situation. At some point, Home Depot may also offer Tesla’s much-anticipated solar roof, said one of the people, who asked not to be identified because the deliberations are private. Tesla, Lowe’s and Home Depot declined to comment on those plans.

Home Depot has had a previous relationship with SolarCity Corp., the company Tesla acquired in 2016 and with salespeople in some stores trying to generate customer leads.
But the products themselves haven't been on-site. Now, they will be highlighted in high-profile displays, which are 12 feet tall and 7 feet wide.
Specific locations will be fitted with visual exhibtions that show how the products function.

Expanding Tesla’s existence at Home Depot -- one of the largest home improvement retailers in the world, with more than 2,200 stores -- will be a healthy measure of its aspirations for solar.
Many companies have attempted, and failed, to make similar products financially feasible.

For Home Depot, Tesla’s solar panels and Powerwall battery are a solid chance to get a bigger presence from an admired brand.
It’s already been a vigorous period for the home-improvement retailers.
Escalating home prices have spurred Americans to upgrade their properties, helping the chain avoid the melancholy that has engulfed much of the retail industry in general.

The average cost of a solar panel system is anywhere from $8k to $25k with an additional $6-$7k for the battery, according to Tesla’s website.

Tesla Inc.’s plan to roll out sales areas at Home Depot Inc. stores will take the Silicon Valley company’s luxury products into every-man’s world, but fulfilling customers’ expectations will be the key for success.

Can Tesla do it?

Time will only tell..

Sneaky Ninja Attack! You have been defended with a 2.59% vote... I was summoned by @technicalwealth! I have done their bidding and now I will vanish...Whoosh

This post has received gratitude of 1.70 % from @appreciator thanks to: @technicalwealth.

This post has received a 7.68% UpGoat from @shares. Send at least 0.1 SBD to @shares with a post link in the memo field.

Are you serious? lol But they are building their biggest building ever close to where I work. More traffic when it's built because at the same time Facebook is a long the way lol

Its a fact.
Im curious to check out their Tesla kiosks when they are up & running..

I know. I passed by it last time and I was like its so huge. I am not a Tesla fan tho. lol

I am a fan of innovation ( i own an electric car myself)
Though his company is bit all over the place.

-Buying a company (Solar City) which was heading towards Chapter 7 because of huge debt...and assuming its debt...made no sense to me.
-His niche was how exclusive his technology was....shows how far that idea is falling if he's hawking his solar goods at Home Depot (makes perfect sense but get my point)
-Flamethrowers? Seriously what is he thinking?

Personally i think he's Steve Jobs 2.0....a flawed genius who eventually will get pushed out of his own company based on his whim purchases.
Here's an excellent article about him