About Me (from this idiot with the crown to entrepreneurship)

I had a bad childhood, i was the clever but fat kid every cool kids laughing at and my father drunk much alcohol since he lost his job and got often angry and hit my mum. After that i kicked him out of our home.
So i started drinking and taking drugs to forget about this shit, but that was not the best idea.
I quit programmers high school after 3 years (repeated 1 year just for fun) and started apprenticeship.
Since then my life was only about working, drinking with friends and having sex with older women. 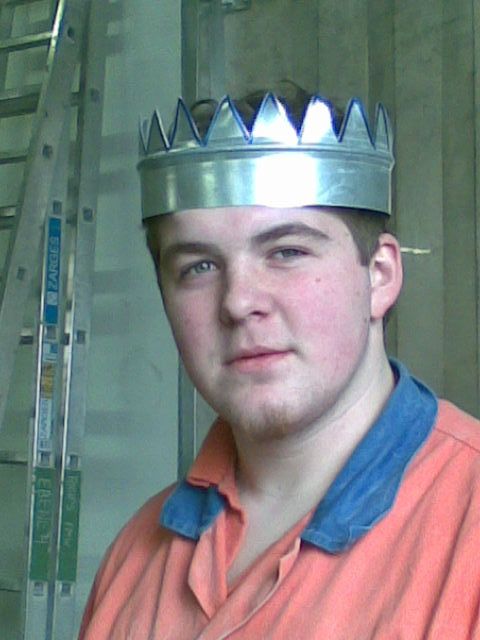 At the age of 22 i woke up and realized that my life is bullshit.
I started to live different, healthier and reduced the alcohol consumation.
With the new energy i started a second job as salesman, selling telecommunication hardware and contracts.
I earned some money with that and it was very funny at the beginning.

But like every other job in the 21st century it changed into a modern slavery - if you dont fullfill the quote - you wont earn any money and the quote will get higher every year.
Beside this i started Network Marketing and learned from one of the best guys. In my main job i changed from maintenance to mining and one year after that i heard the first time in my life (2 and a half years ago) from cryptocurrency.
It sounds very interesting so i asked my mum for 4000$ (that was most of her lifetime savings at that moment and i was broke) and bought about 19 BTC with that.

The real big mistake was i put them all into Mining Pools at BCN. I had no idea at that moment how mining works and just got greedy from the promises my upline made to me like "you will get 5 times more BTC out of the mining in 3 years"
Now its 2 years and 3 months and i got out about 4 BTC from 19 BTC i invested.

So i took me 3 months to realize thats not the big deal and i started studying cryptocurrency, made mistakes again, lost money in trading and continued studying and practice this things every day for 6 - 8 hours beside my job since 2 years.

I stopped drinking in January and started to make some workshops for other people to help them get into cryptocurrency.
Since this moment i am really on fire and i made more than 120 000 $ out of 3000 $ at the beginning of this year.

Last Friday i quit my job, now i have to stay another 8 weeks and then i start spreading out to the world my knowlege and give courses in cryptocurrency, wallets, trading and Mining (yes i found a contract where you get more coins out that you put in in 2 years) 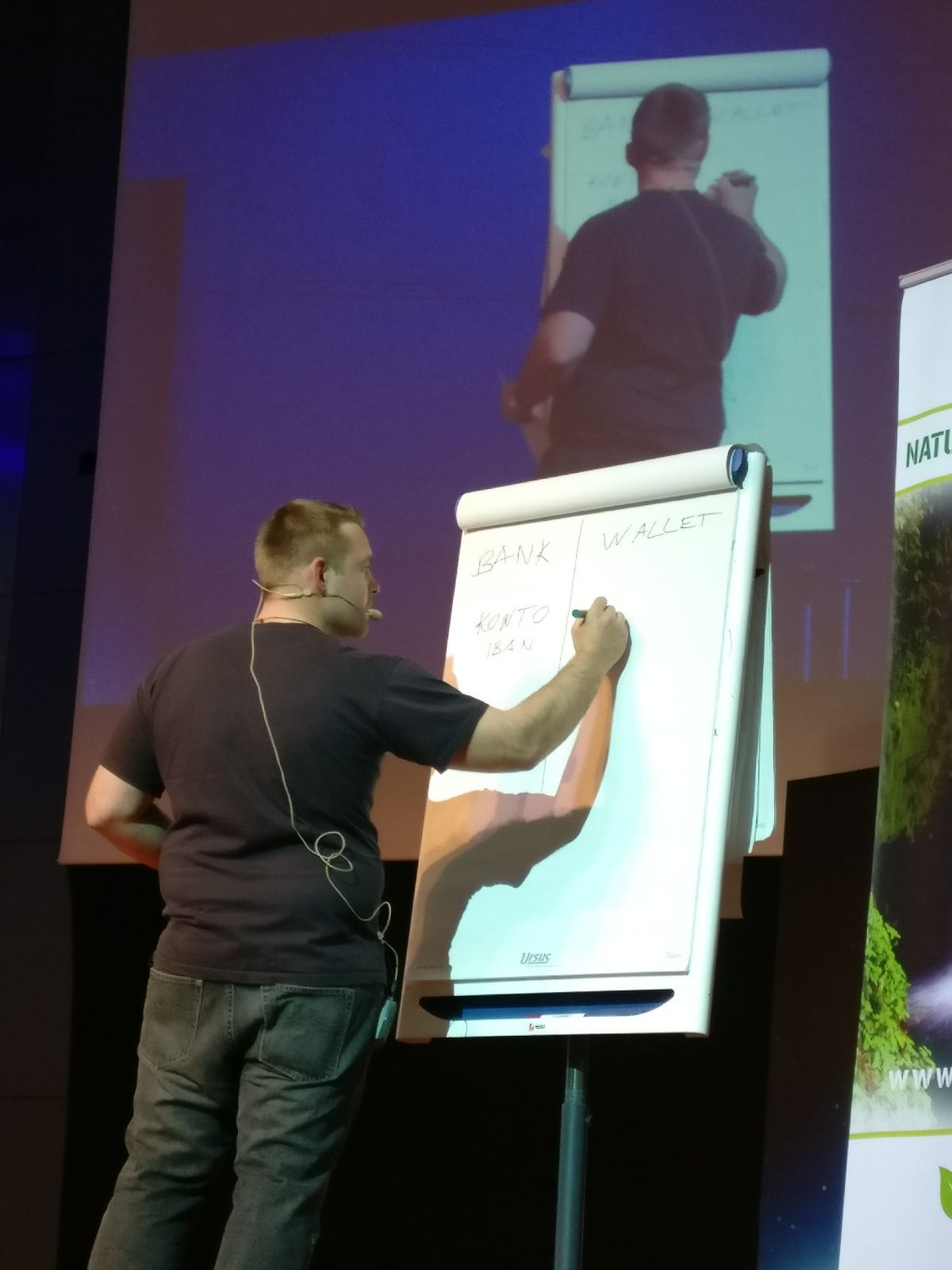 That was my first big stage event in front of 200 people, teaching the benefits of cryptocurrency against banking system
At that moment i found my passion in teaching cryptocurrency

I love my life
Tom Elias

Hey Tom.
Thanks! Its good to share such personal stories, its good to know this story because it shows us all that we are just humans and everyone of us did suffer from this insane system. Thanks for all your help in the last months. Roland

I enjoyed your story and will check out your videos. I am looking for a way to learn about cryptocurrency fast. My friend is teaching me a bit - he is doing cloud mining and buys mining contracts on eBay. But there is a lot more i need to know. I didn't try and fail at as many things as you, but because I am not as brave - it takes guts to go out there and try and fail over and over. I'm not quite ready to quit my job (even though that's all I dream of day and night) because I live in a very expensive place. But I am going to learn about currency mining as much as I can and hopefully can follow in your footsteps.

I actually like the crown and the earlier photo. I believe that we always have what it is in us that makes us succeed in the end, and we always had the fears and doubts and awkwardness that kept us back. It's a matter of which side we choose to inhabit and give our life energy to. thanks for sharing your story buddy very interesting. awesome to hear about the changes you made in your life and even cooler you took something that could have really sucked getting screwed out of btc and used it as an opportunity to learn and eventually help other people that's awesome. look forward to checking out more of your content.

Hope you enjoy being here!

This message was written by my introduceyourself bot, but I'm a real user :)

Shall you have any questions, feel free to reply to me. I'll gladly answer your questions :)