decryptionary (25)in #introduction • 4 years ago (edited)

New to crypto? Check out this super simple 5 minute article. 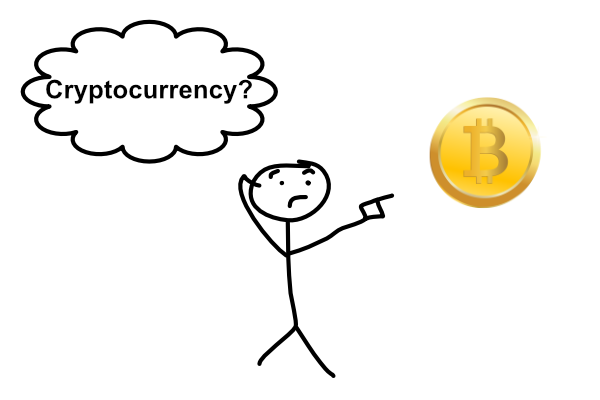 Cryptocurrencies aka crypto have been the hottest news in tech and finance. You can regularly find them being mentioned on the news, while binging on Netflix and maybe from a skeptical friend telling you about bitcoin’s price exceeding $6,800.

I really only discovered this odd, new money in the spring of 2017, and immediately was overwhelmed by dozens of technical terms.

I’ve since come to the conclusion that there are 2 reasons crypto has not expanded 10X:

If more people understood the benefits of a cryptocurrency, I’m confident they would want to participate. If there were more really sexy websites and apps for crypto, I’m sure more people would be buying them.

That’s why I’ve been hard at work trying to solve problem #1 above with my cryptocurrency dictionary. In my opinion, few if any will embrace this new digital currency without having a better understanding of it.

In the next few minutes, I’d like to help you with that.

Crypto- is short for “cryptography”, cryptography is computer technology used for security and hiding identities, among other things. Currency means “money currently in use”. Cryptocurrency is an electronic money created by technology that controls its creation, protection, and the identities of its users. As a system of digital cash, it is transferred between people and groups using Internet technology. The first cryptocurrency was bitcoin.

Cryptocurrencies were designed to be more reliable, quicker, and cheaper. Cryptocurrencies aren’t maintained by any one organization like a government or bank, which makes them tougher to manipulate.

Cryptocurrencies use the latest technology, providing faster transactions. And because two people can transact directly without a middleman, transactions are usually more affordable.

Bitcoin is the first digital cash created in 2009. It was made by an unknown person or group who went by the name “Satoshi Nakamoto”. 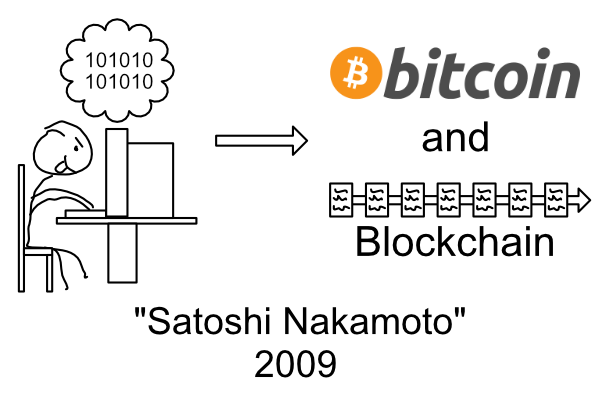 Bitcoin is unique because it does not rely on government/bank created money. In addition, transactions occur directly between pseudonymous people (their real names are not known), meaning there are no banks or middlemen.

Each transaction is recorded on a digital record kept by many people across the world known as the “blockchain”. The data on the blockchain is publicly available and stored on many computers. Because there are so many copies being simultaneously maintained, the transaction and banking data is very safe, and virtually impossible to manipulate.

Individuals protect their bitcoins using their digital wallet. A wallet is software that can only be accessed by using a key, which is a long string of letters and numbers.

Bitcoin’s price has risen into the thousands of dollars, but you can still own bitcoin by purchasing a fraction of it for dollars.

Blockchain is technology for creating permanent, secure digital recordings. It can record any information, but was created to record bitcoin transactions. The blockchain is maintained simultaneously by a network of computers so updates are seen immediately and manipulation is extremely difficult, perhaps impossible.

A smart contract mixes blockchain technology with contracts to make a more efficient and affordable system of doing business. 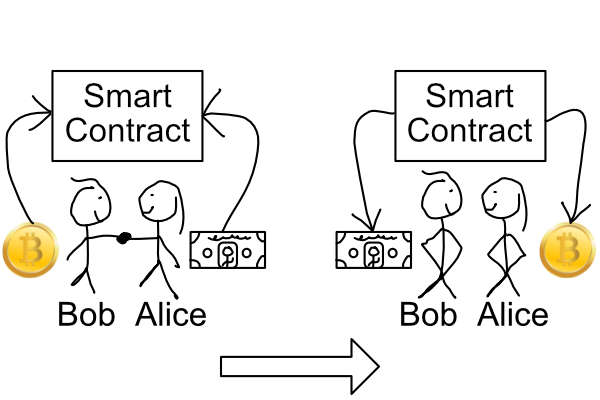 For example, Alice wants 1 bitcoin from Bob and Bob wants $5,000. Both Bob and Alice agree that on January 1, 2018, both the bitcoin and cash will be deposited to the accounts linked with the smart contract.

On January 1st, the contract looks to see if both people fulfilled their obligations. If so, it will release the payment and bitcoin to their new owners. If not, the bitcoin and money are returned to their original owners.

Because the contract is publicly available and unalterable, it is very easy to keep both Bob and Alice responsible for their end of the deal. If anyone somehow violates the agreement, the proof of what they should have done is easily obtained.

Mining is the process of registering transactions on the blockchain. Because this requires computer work, any computer that completes this process is rewarded with digital money. Different cryptocurrencies use different mining processes, and with over 1,000 cryptocurrencies and many more being created each month, new ways of mining are constantly being explored and discovered.

Bitcoin uses a complicated math puzzle, and the first person to solve it receives a reward in brand new bitcoin. Mining is how new bitcoins are made.

You can find the complete PDF at decryptionary.com

My mission with Decryptionary is crypto made simple.

Decryptionary is a cryptocurrency and blockchain dictionary. It contains over 200 simple definitions, and awesome 4th-grade, stick-figure images to make this complex subject easy as pie.

Decryptionary is more than just a dictionary. It also has simple walkthroughs and word lists to make sure you really understand the basics of crypto.

If you liked this story, and have comments or feedback, please reply below and I’ll get back to you.

Yoyoyo! You are a new member so this is me supporting you. Take this upvote and I hope you will some day do the same!
Getting those big upvotes on a new account can be a daunting task, believe me, so maybe you want to try @MinnowPowerUp where you can earn up to 30% more steem power than just directly powering up! It's a subscription based daily upvote bot that draws its power from a delegation pool. I also recently made this post explaining my experience with it in more depth while earning over $1 per day in upvotes.
PS! If you would like to get free cryptocurrency by airdrop then www.powtoken.com is giving away free tokens to everyone who signs up using only a facebook account!