iang (59)in #introduceyourself • 5 years ago

Hi there, World of Steem,

it was pointed out by @dantheman that the Identity sometimes known as Iang was opaque and mysterious to the Steemisters. Yes, and Iang likes it that way! But only a little googling will reveal a dark past so let me save some picowatts for your fingers and google.

I entered the financial cryptography space around 1995 when joining up with Gary in Amsterdam. We were on one side of town developing the first cryptographically secured all-asset trading system, which could be called the Bitshares of 1990s, while over on the other side of town was DigiCash, the legend that developed the first eCash. Which we could call the Bitcoin of the 1990s. And heady days they were, ones where we thought we were about to change the planet. DigiCash in Amsterdam, the Cypherpunks in San Francisco, conferences in the Caribbean & Boston, 100x improvements ... we were at the cusp of an economic and political rebellion not seen since the mid 1800s, the ripples of which are still widening today.

It's probably fair to say that everything you think of today was conceptually invented in those times: shared ledgers, triple entry, proof of work, smart contracts, social reputation systems... all had their airing in the 1990s. Yet we were all independently "too early" which is basically a poor excuse for not quite cracking the problem. Around the early 2000s, I spent a lot of time doing good things and bad things with e-gold, which is one of the heavily influential milestones - what DigiCash promised was earliest seen with e-gold and a plain old SSL website (POSW?). My company put together a digitally traded precious metals exchange that returned your gold or silver within a minute of trade - settled. It wasn't to end well, though as somewhere around the mid 2000s, there were a series of court cases, arbitrations (ouch! bad!), seizures and shutdowns. A lot of the e-gold was never returned to rightful owners (at about an 85% rate according to one recent account).

Similar shutdowns happened to many systems - some good, some shady and some downright evil. I mention these events for two reasons. Firstly, in 2008, Satoshi Nakamoto announced a system of money that could not be shutdown, and the relationship to systems shut down and the money lost through those shutdowns by rightful owners was as clear as a bell. Secondly, a lot of the experiences of the new blockchain community were already writ in history, yet the Bitcoin community took great pride and joy in re-learning the harsh lessons all over again. Mt.Gox, Bitfinex, SilkRoad, The DAO you name it, we've seen some variant of it before. Now, while seemingly y'all were having fun with Bitcoin, I was shifting sideways into Identity. By ways of CAcert's worldwide community of trustworthy assurers and our arbitration network, we discovered how to create the first worldwide community of trust over the net. And, with a stint in Kenya working on a startup, they taught us how to create financial trust. All of which was enough to bring me to start publishing an opus magum on Identity, to record at least my journey, but also to explain the model of Identity that works.

Such digression is all in the past now, and I'm back into core financial cryptography. First with a stint with R3 - the financial consortium that rewrote the rules of contracting within the regulated environment with Corda. And now I'm back in the user side to work with small businesses and individuals again through the soon-to-be-revealed EOS project. We're hoping to again rewrite the rules on contracting - this time with blockchain mediating huge numbers of transactions and meaningful and beneficial agreements for ordinary, scalable business. 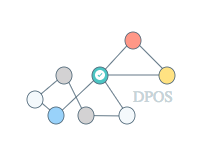 Which has brought me to look at Steem - is this the only blockchain that delivers a non-chainy application to ordinary users? And also Bitshares which causes such echoes in my mind that only those who saw the halcyon cypherpunk dayz would understand.

These rumours and rhythms you've seen only in passing, as there have been only a few posts I've made that point in directions. In short, I believe that the path to beneficial relationships starts with good governance, on which tech is built. If you agree that governance is the foundation of good relationships, then watch this space!

Welcome Ian Grigg. Another great mind to join the likes of @arhag, @dana-edwards, @dantheman, @theoretical, @nikolai, @modprobe, @xeroc, @someguy123, @jesta, @kencode, @blocktrades, @peerplays and all of the other un-named blockchain theorists and builders that exist out there in the wild today. Who else am I missing? We've got a great team here, folks.

@roadscape, @svk, @bitcoiner, @ned, @sneak, @val, @jcalfee, @furion, @roelandp, @inertia are all included in the call out. Thanks devs!

And how could I forgot @wackou, @abit, or @alt? Thank you all for your contributions too.

And lastly I ask this: who else is on the EOS team that is not named? Who else is Satoshi?

We are all Satoshi :-) http://financialcryptography.com/mt/archives/001463.html

altho to be fair, you should read the more recent posts on that blog concerning the topic.... Not to put any words on it.

Robrigo, your sharing of knowledge and community is outstanding and such a great example of the Steemer attitude. Thank you for exemplifying these values...I am definitely going to be following you...and voting...again, thank you for sharing...keep up the amazing work!!!

@pharesim, @clayop, and @hipster too. You guys are all amazing for contributing to the success of this movement.

@riverhead, @liondani, @stan and @onceuponatime too. All HEROs in my opinion.

I'd presume to add myself to the list, though my contributions pale in comparison to anybody else you've mentioned. Maybe that will all change soon...

Sorry I forgot ya! The list totally isn't inclusive! Just all of the awesome devs and contributors I could think of top of mind while I was sorta drunk late on a Thursday night. I think you've contributed a lot to the discussion and I really loved your voting bot when it was operational. That sucker was helping me passively accrue 400 or so STEEM a week at one point. Killer.

heh, no worries. the bot may be coming back online soon! I'll keep you posted.

y'all know that New York is happening this coming week, right? That's when a lot (? some?) of EOS info will be released at Consensus.

Hi Ian, glad to read your post!
I am very very interested in EOS and its design. Is there any way to have conversation to share my small philosophies and to connect a Korean whale investor who has good perspectives about successful ICO?

Hi Clayop,
I just posted The Message is the Medium which introduced one design aspect, and last week I put out a cycle on Governance cycle which might interest.
To reach me, you can email iang but only at iang dot org, if you get my drift...

it is always great to see experts on the platform, looking forward to your future posts.

EOS has got me so excited.
Does it stand for anything?

Perhaps it stands for End of State?

Knowing Dan, I wouldn't be surprised in the slightest if that was secretly what it was truly meant to be.

but some might confuse the computing science approach to state and protocols for other states and their ends :-)

How about, Enterprise Operating System?

If you agree that governance is the foundation of good relationships, then watch this space!

Absolutely! Governance is one of the most important things with blockchains. Without adequate governance mechanism the system will break down in some day.

Here are some of my thoughts on the topic: How to design efficient and resilient DAO

A true expert. Great. I will follow you. Enjoy the rede here @iang.

Very interesting information. Google search is getting a workout from everything i try to learn here. Welcome!

Welcome to the platform Iang.

Welcome and thanks for posts you have made!

I am pretty glad that I joined Steemit, following you and looking forward to more!

Welcome to the community @iang. Another amazing person added in the community. Hope to hear more from as we seek more learning with cryptocurrencies.

Hello Iang!!!
Welcome! so grateful to have you on Steemer teams!
This is truly an incredible time for those willing to put the time in to understand and be part of this amazing movement.
One thing that I would suggest is that you try to respond to those who reach out and take their time to say hello and reference other Steemers who who be a great part of your community. It is something that was told to me, and Steemers really appreciate the requited interest! If we are here, then we are part of a privileged group of early, early adopters...way ahead of the curve...
I look forward to more of your wisdom and excitement!!!
I voted and I'm following now! Thank you!!

Wow, thanks, you're asking a lot from this old INTJ who just likes to hide away on his island... Are you in NYC? There will be many of is at the Consensus/Token event.

I can't afford the tix, but asked Dan if he could donate...if so, I'll go....
I would love to....I'm so into this...my friends, the ones who don't make fun of me, think I'm plugged into the Matrix...I tell them that it is more reality than the one they're living...haha