bunnypuncher (72)in #introduceyourself • 5 years ago 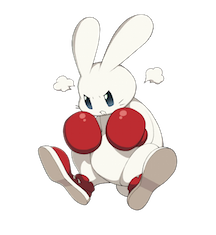 So who would be a bunnypuncher in the first place you ask? Not who you might think. I’m basicly your eccentric computer guru who has been around the digital world from the very early days. I started using computers when I was 5 years old and my first one was a Vic 20 back in the late 70s.

So that started a love of computers that has created a very interesting life / love / career / and even a few kids. Having started so long ago in computers, going to college for computer science, starting an Internet service provider startup, getting a job working on 2 (at the time) very large supercomputers, training under the typical Unix gurus (breads, gruff attitude, beer drinking dudes), moving on to be admin / programer / problem solver and create applications at a very large fortune 100 company with 10 to 100s of thousands of users. I’ve seen it all. Here are the big servers I worked on back in the day. This was back in 2000 these server had 64 cpus and 196 GBs of ram. And they were in the list of the top 100 fastest computers in the world. 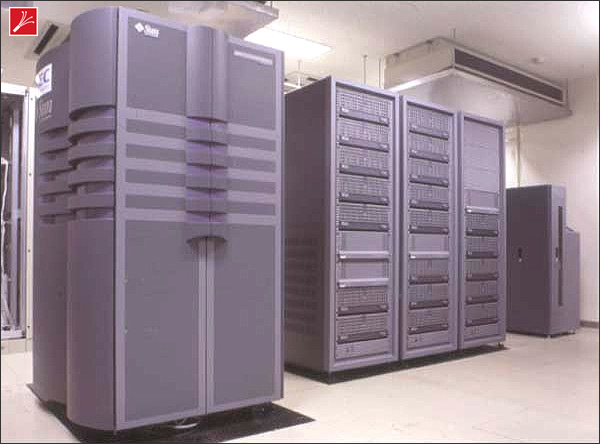 But how did my computer create my love life you ask? Or maybe you didn’t but I’ll tell you anyway. I started in ISP back in the early 90s (dial up modems where the thing, AOL was still around, the internet was still pretty new). So we provided internet service to our city and had a very hundred customers. Being the admin I naturally watched the systems to make sure everything was working. And I noticed some strange stuff. Our ISP was in Jacksonville Florida. But I saw people logging in from New Zealand. That seemed odd so I started to investigate. I was figuring we had some fat bearded hacker trying to take over our ISP. Well after investigating and chating with the person online back using the old unix chat program. It turns out it wasn’t a New Zealand hacker at all. But a customer of ours that was using IRC bounces and other hacky stuff. Normally I would have kicked this user and that would have been the end of it. But in their files they had a picture. So I decided to have a look at the person I had be having a system battle with. Turns out it was a girl and not just your average girl but a pretty hot girl. For me a hot girl into hacking was about the ultimate dream come true. So I ask my computer nemesis out on a date. We hit it off from the very beginning and have been married for the last 20 years and 3 kids.

If you have made it this far with out falling alseep or leaving I thank you. I do have some other hobbies and things I do. Enjoy a lot of the normal things in life now. But I was a very wild partier in my younger days to the extent it is a miracle I am still here. Raves, clubs, booze, drugs, after parties, you name it I did it. Stories so wild I look back and can hardly believe it all happened. One day I’m sure I’ll tell a few and shock everyones modesty.

Wow really happy you found the love of your life within your passion and you have stayed together all these years, and you are even blessed with 3 kids. Congrats. I just got married and i also await my own kids. Thank you @bunnypuncher

An interesting story, has fascinated me. as your I am passionate about computer and a lover of hacking. How nice is that you have found love behind a screen, I do not know if you have published it, but if you see this message I would like you to leave me the link to publications where you tell more about your life, your family and your person. for me it is an honor to have met you here in steemit, and believe me that I will be following you and hopefully we can share. It would give me great happiness that someone like you whom I admire and desire is my friend, follow me. I hope you answer this solitary message, you will give me great joy. I'm from Venezuela, and well if you've read the news, we are going through a severe crisis, but surely we will talk about that later. a big hug and I was fascinated to find you !.

I wish you a happy day and a better life

Omg I'm a 70s baby and even I dont remember the computer i do remember the dot matrix and the original mac computers. Lol... Im definitely intrigued so I upvoted and followed you.

Wow......great story!! Just found this from one of your competition pages. I'm in the older generation computer users too. I still remember learning programming in high school with binary cards.
And then when I was first married we lived on a farm and had a dial up modem and use to connect to message boards pre internet as we know it today.
Managed to rack up a whopping $700 phone bill in the first month as we had to dial STD (Trunk) 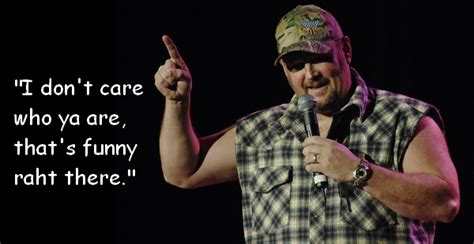 If there was a contest "how did you meet your wife" you would win!

Yep I think your right more interesting then tinder lol

My first system was running CPM, with an 8inch floppy LOL! Got pulled in on hardware repair, and I am still doing it, LOL! Just bought a rasberry pi single board that has a lot more power in a credit card sized board than the Data General or PDP-11 computers I used to keep running; that were the size of a refrigerator! :)

Nice to meet You I am Nic from Amsterdam
Probably your same age seeing Your VIC20.
in my days I also broke an Acorn BBC and a sinclair.
love Your post and following.

Amazing how you met your hot hacker wife. Great story !
Haha me too have a history of parties, after parties & all that.. same here can't believe I got through all of that..

Oh boy that story is funny as hell!!

Such stuff I thought only existed in some Hollywood romantic comedy!! Ever thought selling some movie producers?